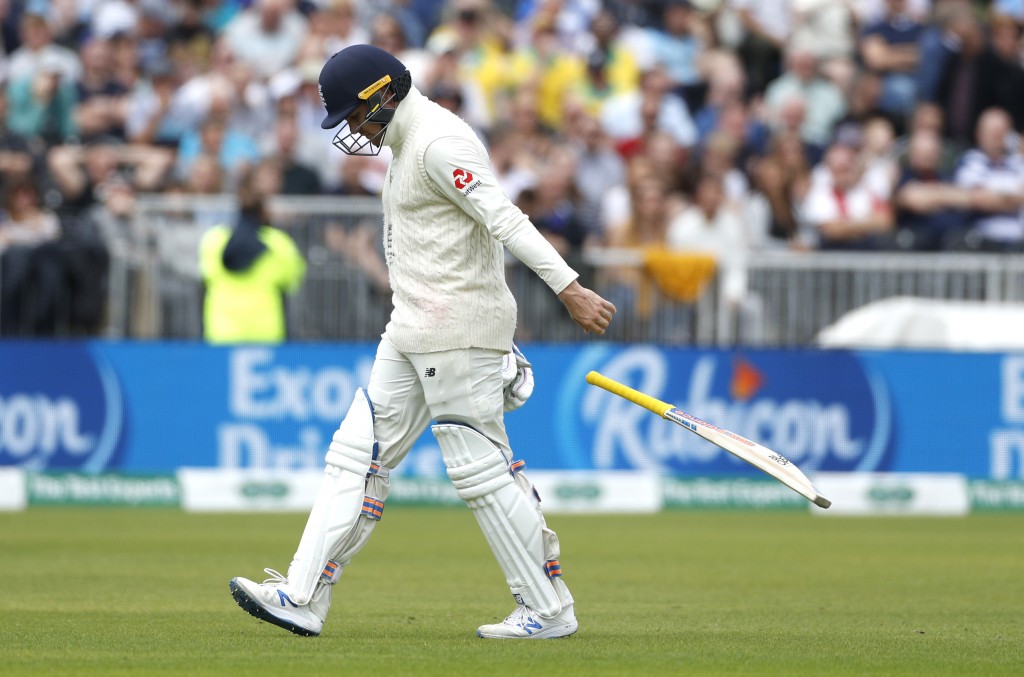 Roy failed to impress in the first four matches of the series, which Australia leads 2-1 and will retain the urn.

The final test starts Thursday at The Oval.

England seamer Craig Overton has also been dropped. Sam Curran and Chris Woakes, who made way for Overton in the last match at Old Trafford, take the places of Roy and Overton, respectively.

The England and Wales Cricket Board also says Ben Stokes will not bowl in the match because of a shoulder injury.