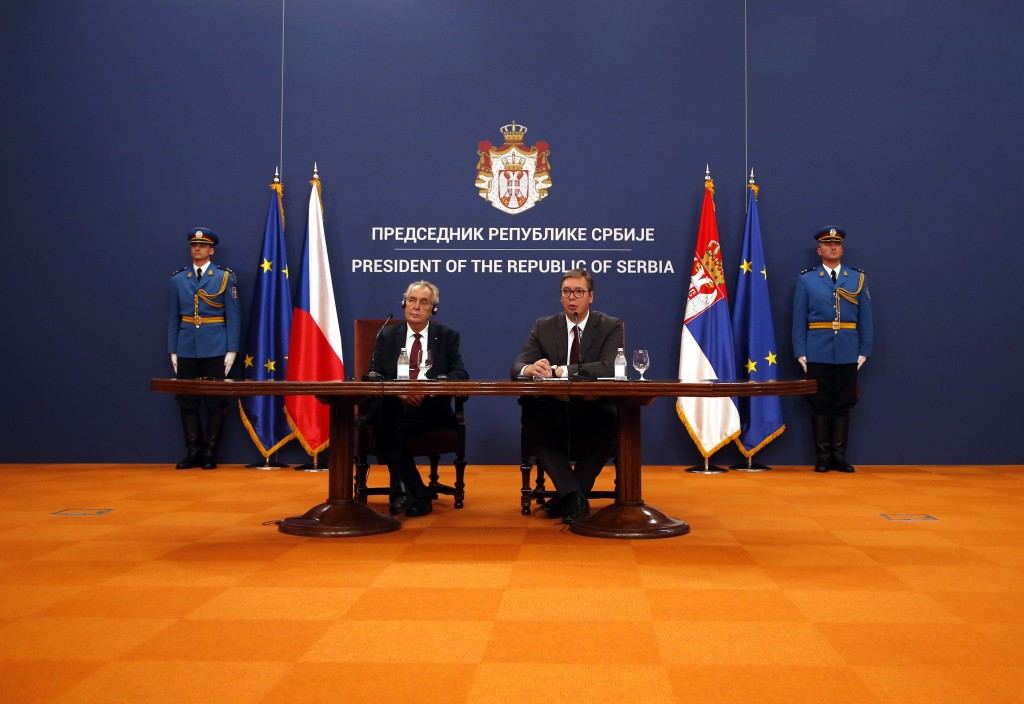 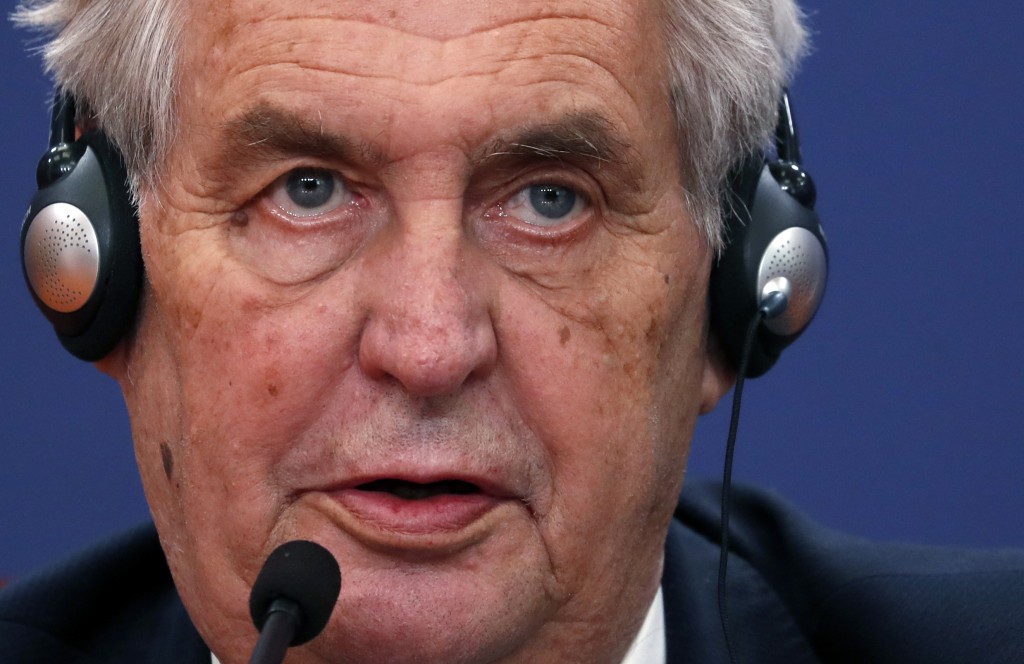 BELGRADE, Serbia (AP) — Czech President Milos Zeman says he wants to know if his country can reverse its recognition of Serbia's former province Kosovo as an independent nation.

On his second day visiting Serbia, Zeman criticized Kosovo for a second time. The predominantly ethnic Albanian nation split from Serbia in 2008 after a war.

More than 100 countries around the word recognize Kosovo's declaration of independence, including 23 European Union member nations.

Serbia refuses to do so, along with Russia and China.

Zeman said on Tuesday he dislikes Kosovo. On Wednesday, he said he would assemble Czech constitutional experts to ask if it is possible to change the Czech Republic's position.

He says he is "no dictator, unfortunately" and won't act unilaterally.

The 74-year-old president is known for sometimes making offensive statements and diplomatic gaffes.