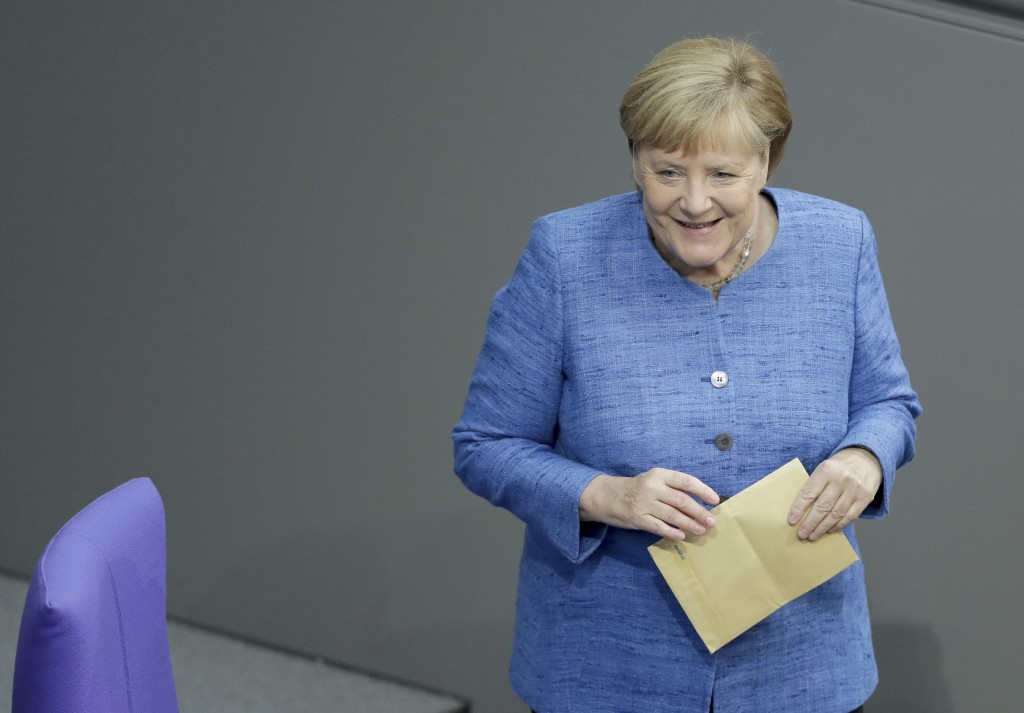 BERLIN (AP) — Germany Chancellor Angela Merkel says her country will have to spend money to combat climate change, but doing so is a good investment.

Speaking to lawmakers Wednesday during parliament's annual budget debate, Merkel said "if we want to drive forward climate protection, this will cost money. This money is well invested."

The long-time leader warned that "doing nothing isn't an option."

The German government is debating measures intended to sharply curb the country's greenhouse gas emissions in the coming decade. Cabinet is expected to present the package on Sept. 20, ahead of Merkel's trip to a U.N. climate summit in New York.