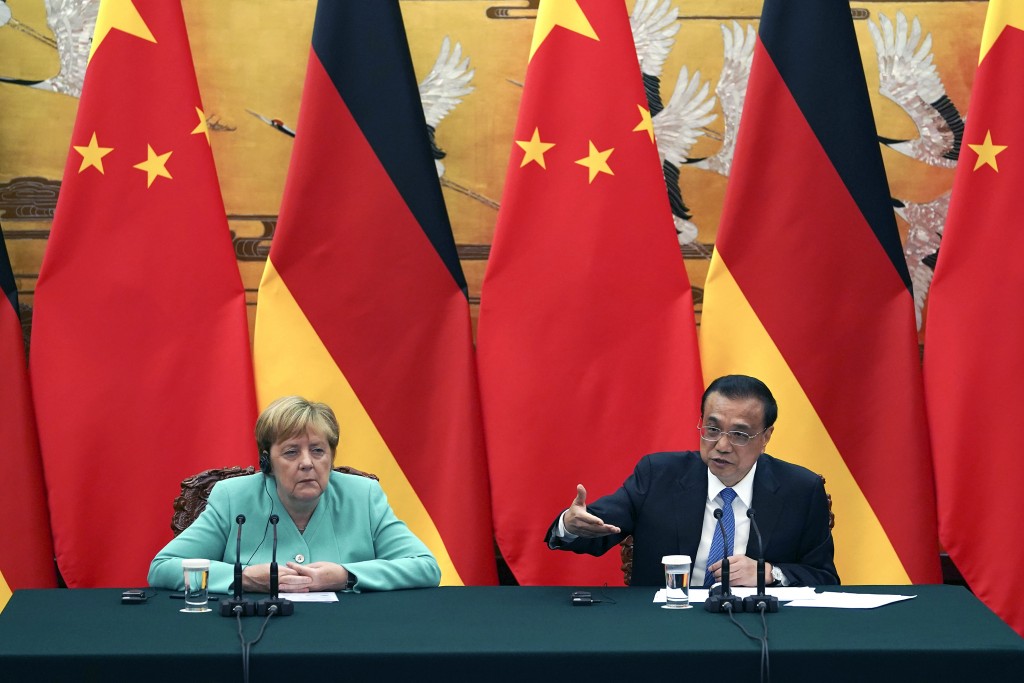 BERLIN (AP) — German Chancellor Angela Merkel says it's important for her country to engage in dialogue with China, including on issues such as human rights.

Merkel said that during her visit to China last week she noted the importance of respecting human rights, adding: "that's true also with a view toward Hong Kong."

Beijing rebuked Germany on Tuesday for allowing prominent Hong Kong activist Joshua Wong to visit Berlin, where he met at a private function with Foreign Minister Heiko Maas and is due to hold a news conference later Wednesday.

Merkel stressed that Germany believes in the principle of "one country, two systems" for China and Hong Kong.