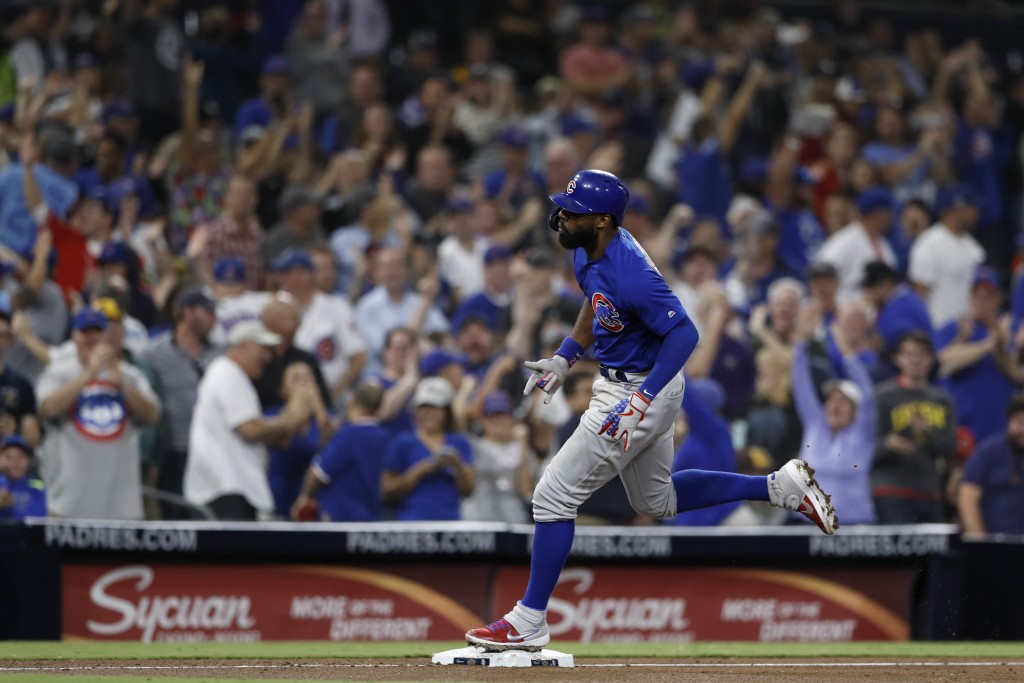 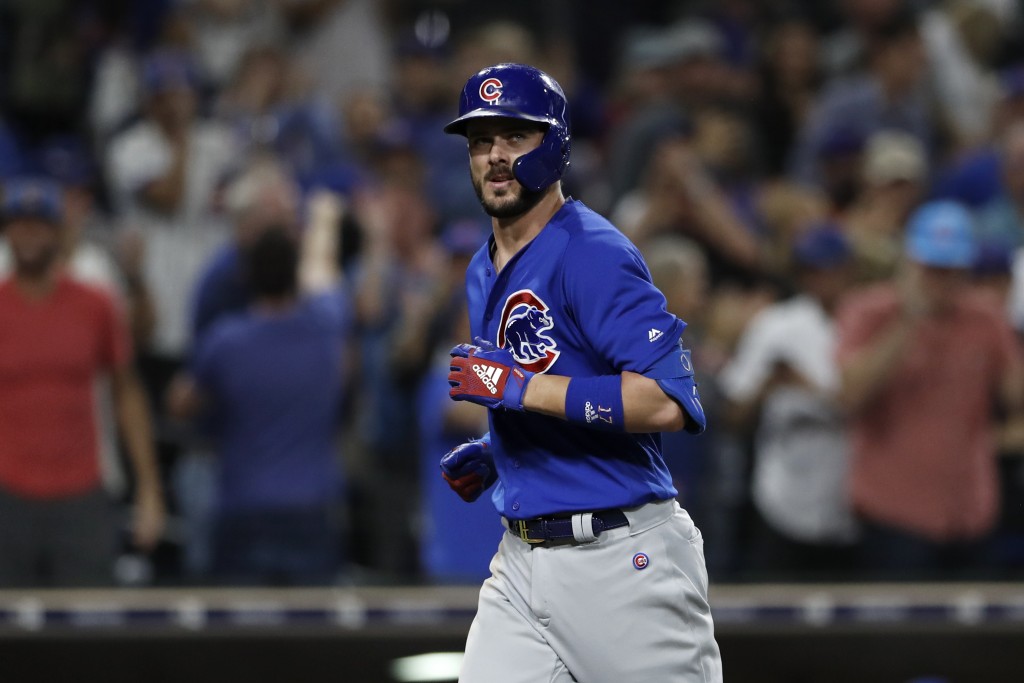 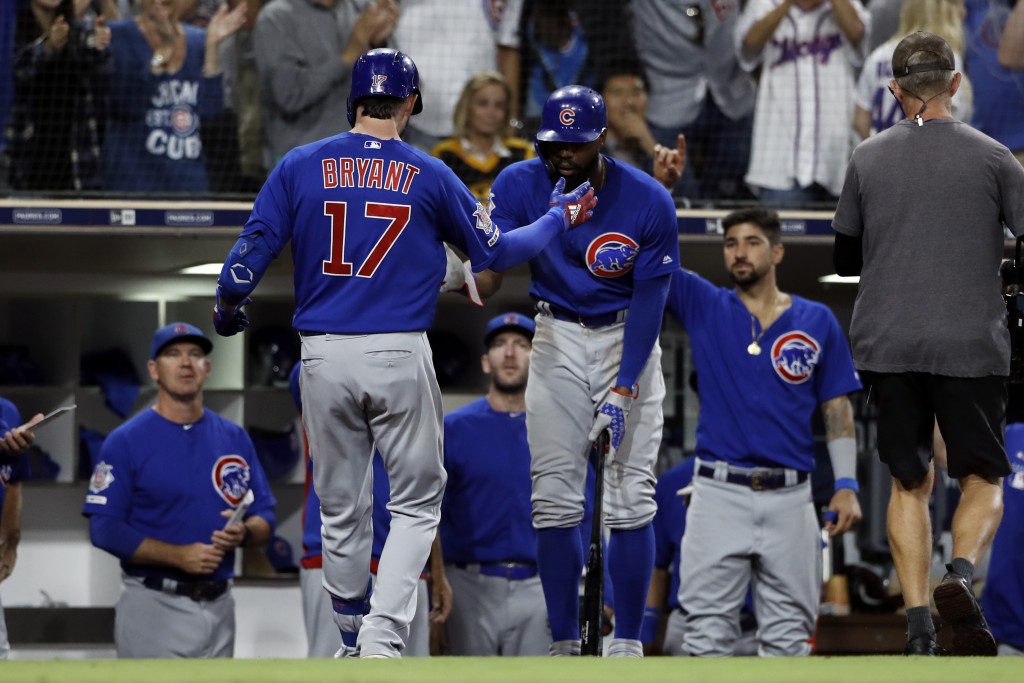 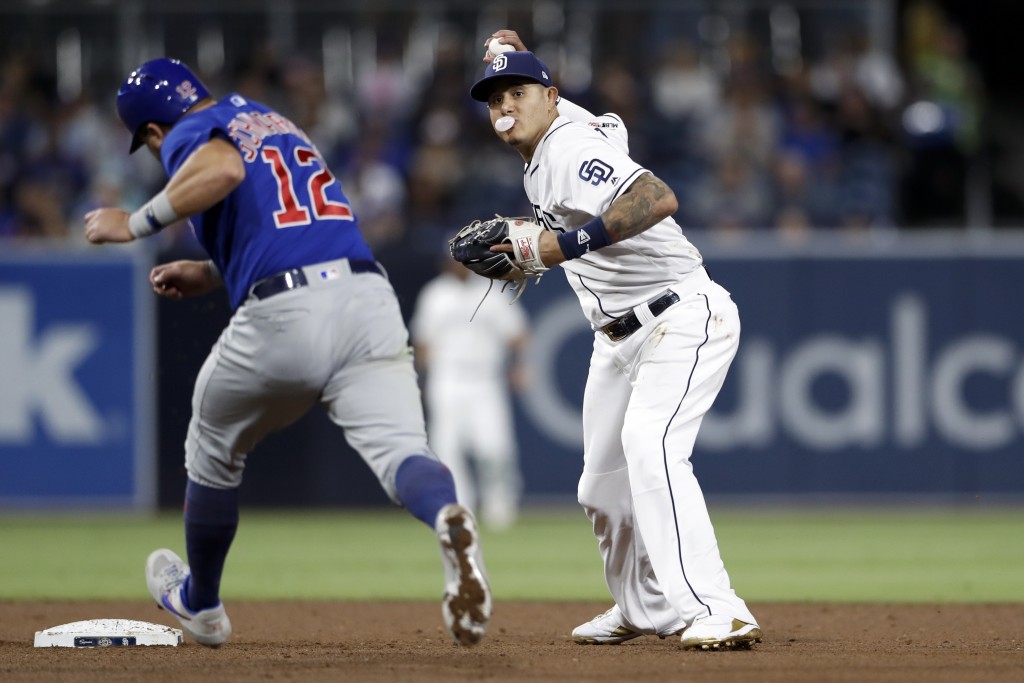 SAN DIEGO (AP) — Manuel Margot drew a four-pitch, bases-loaded walk with one out in the 10th inning and the San Diego Padres overcame an impressive power display by Kris Bryant and Jason Heyward to beat the Chicago Cubs 9-8 Tuesday night.

The Cubs' lead for the second NL wild-card spot was cut to one game over Milwaukee and two over Philadelphia.

Bryant hit a pair of two-run home runs and Heyward also homered twice and drove in three runs for the Cubs.

After Steve Cishek loaded the bases on a single and two walks in the 10th, the Cubs brought in right fielder Nicholas Castellanos to play first base and give them a five-man infield. It didn't matter, though as Cishek (3-6) walked Margot to bring in Luis Urias with the winning run.

Urias started the winning rally when he beat out an infield single to shortstop with one out. Austin Hedges and Travis Jankowski walked to load the bases and bring up Margot.

Bryant's second homer pulled the Cubs to 8-7 after Anthony Rizzo hit a leadoff single in the eighth. Heyward tied it with his second of the night, a one-out shot to straightaway center. Both came off rookie Andrés Muñoz.

Bryant, who missed the previous two games with a sore right knee that required a cortisone shot on Sunday, has 28 overall and Heyward 21. It was the second multihomer game of the season for both players. Bryant has 12 multihomer games in his career while Heyward has eight.

Heyward hit a two-run homer with one out in the second, with Bryant aboard on a leadoff walk.

The Padres went ahead 5-2 in the bottom of the inning, when second baseman Ben Zobrist's throwing error on rookie starter Ronald Bolaños' bases-loaded grounder allowed two runs to score. Bolaños was credited with his first RBI. Also in the inning, Urias hit an RBI single and Nick Martini had a sacrifice fly.

The Cubs got a run in the fourth thanks to video review. Heyward was originally called out on Martini's throw home on Ian Happ's fly ball to left, but the call was overturned after a review and Happ was credited with a sacrifice fly.

Bryant's two-run homer with two outs in the fifth pulled the Cubs to 6-5.

San Diego went up 8-5 in the seventh when Margot's hit an RBI triple and scored on Martini's single.

Cubs: INF Addison Russell remained in the concussion protocol after being beaned in Sunday's game at Milwaukee.

Padres: Rookie RHP Chris Paddack (8-7, 3.54) will face the Cubs for the first time. On San Diego's last road trip, he threw 12 1/3 innings of one-run ball in starts against San Francisco and Arizona.