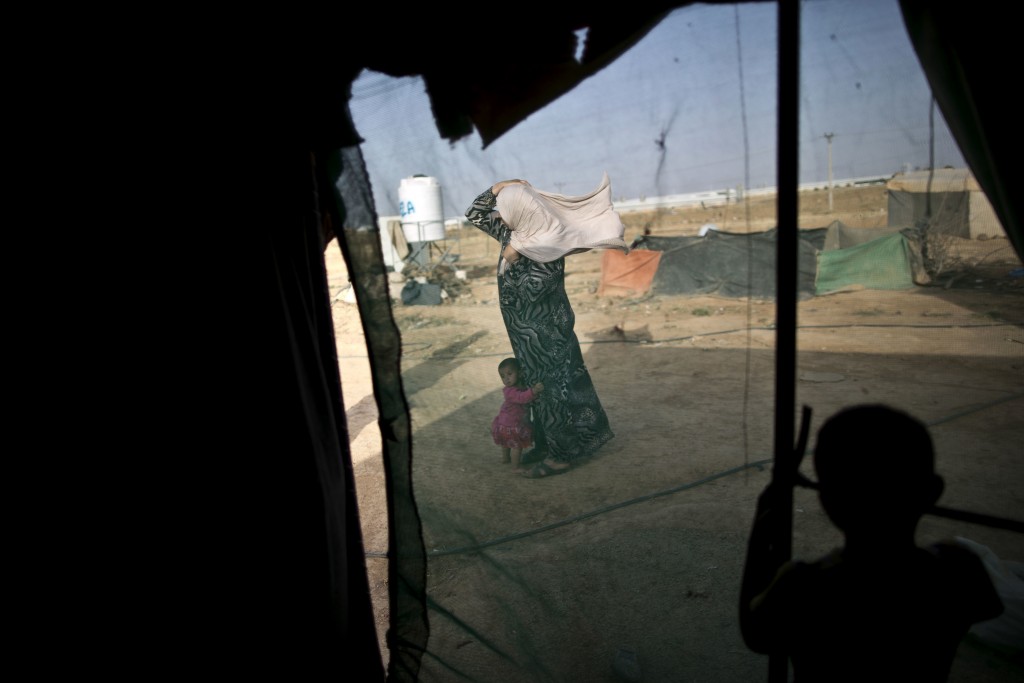 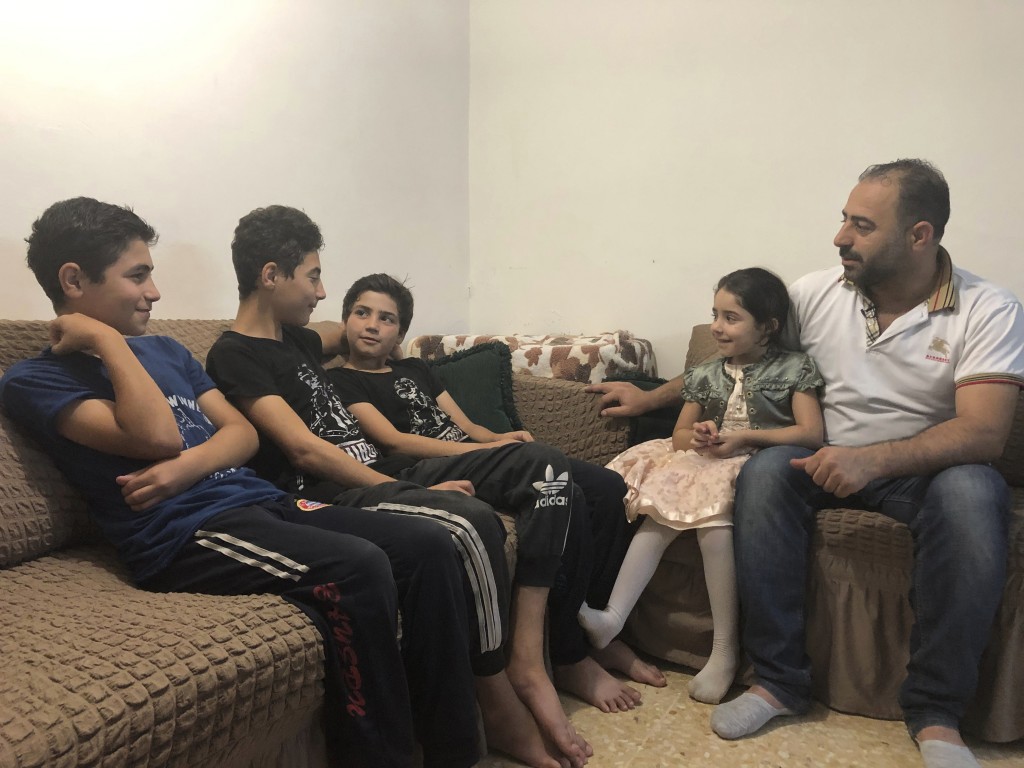 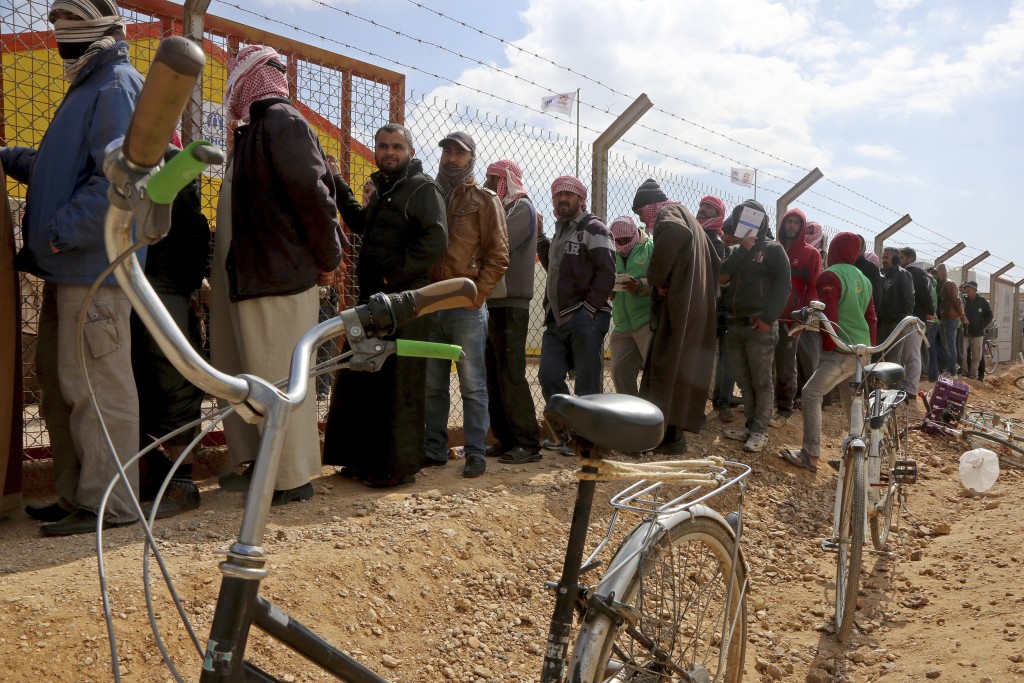 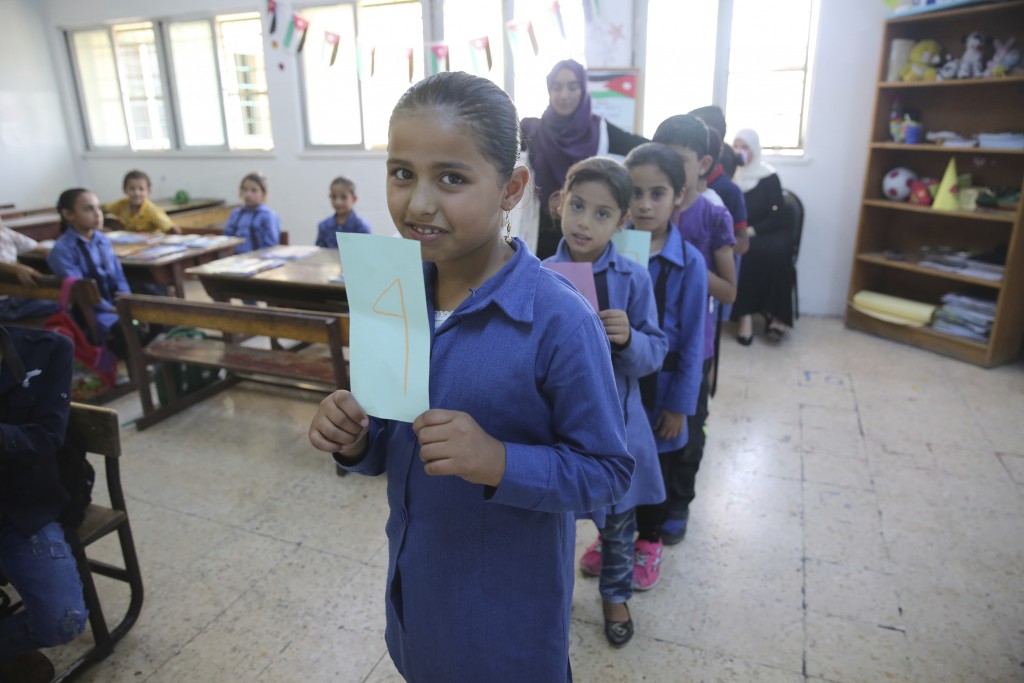 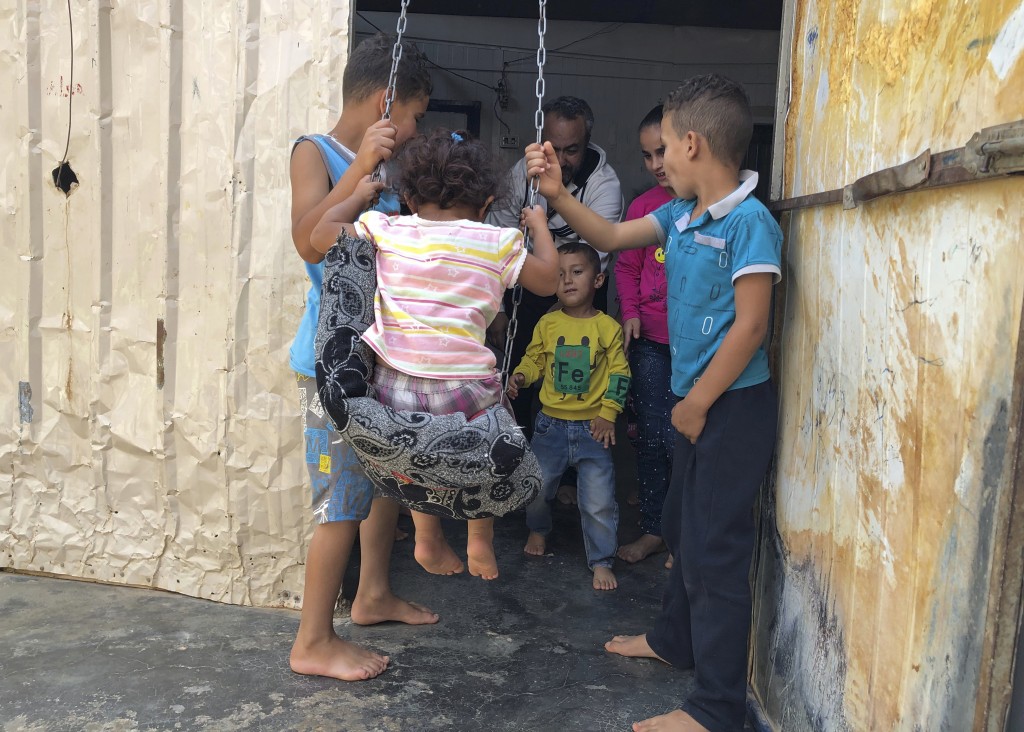 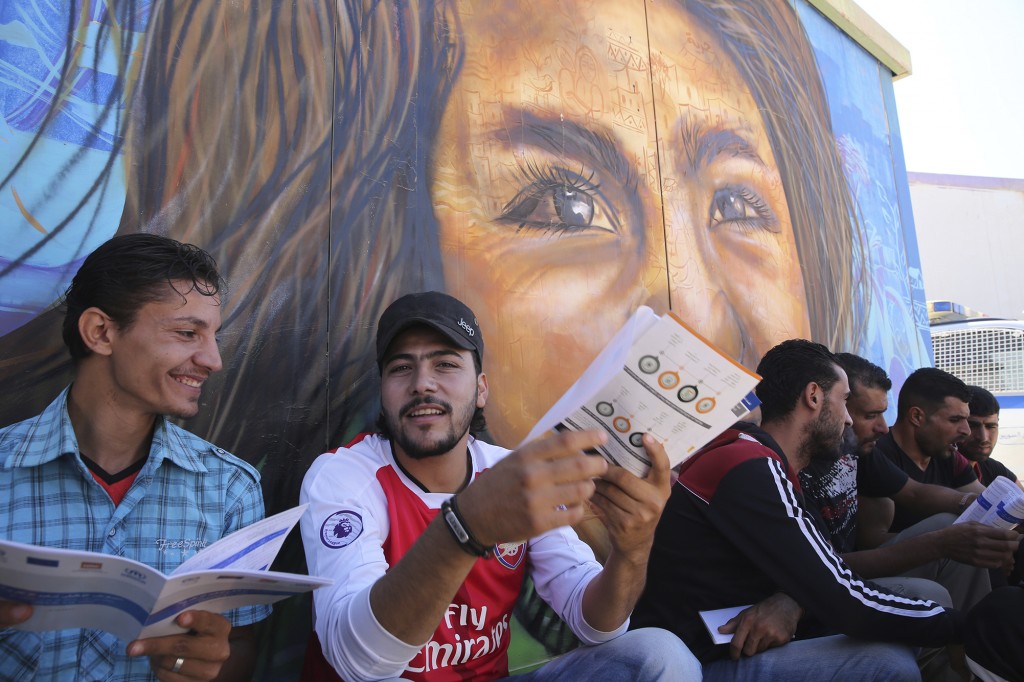 AMMAN, Jordan (AP) — Seven years after fleeing the civil war in his homeland, Zahir Hamshari's life is filled with questions and doubts: How to pay the rent? How to cover the electricity bill? How to afford even basic staples like bread and bottled water?

But one thing is crystal clear for him. Like many Syrian refugees, he cannot envision returning to his war-torn country.

"There is no future for us in Syria," Hamshari said. "Nothing encourages us to return back to Syria."

Nearly a year after Jordan's main border crossing was opened for refugees to go home, such sentiments are common among the more than 1 million Syrians living in the desert kingdom.

Afraid to return home, unable to earn a decent living in Jordan and unwanted by the West, refugees are trapped in a cycle of poverty and debt while straining the resources of a country that is already struggling to meet the needs of its own population.

"The Syrian crisis has negatively impacted the progress made by Jordan over the past years, increased public debt, and caused serious challenges to the path of sustainable development for the coming decade," Jordan's Planning Ministry said in a statement. "Education, health and water infrastructure have been tremendously strained in several communities."

Many Jordanian schools, for instance, now operate in double shifts to accommodate refugee children, while Jordan, one of the world's most arid countries, says water consumption has spiked over 20% due to the refugee influx.

The ministry noted that while some countries have been supportive with aid, "donor fatigue poses a major challenge." Foreign donors have covered just 6.1% of the $2.4 billion needed for refugee services this year, according to government statistics.

Jordan, which borders southern Syria, became a popular destination for refugees after the outbreak of the Syrian civil war in 2011. While Jordan hosts two camps near the Syrian border, most refugees have moved to cities, where they are permitted to work in menial jobs.

But the crisis has dragged on for much longer than anticipated, particularly as Western countries have slowed or halted programs to take in refugees. Jordan does not forcefully deport refugees.

Jordan has provided refuge to an estimated 1.3 million Syrians, including some 670,000 people officially registered with the U.N. as refugees, a significant burden for a country of roughly 10 million. Turkey, with 3.6 million refugees, and Lebanon, with nearly 1 million, are also major host nations.

When Jordan's main border crossing with Syria reopened last October after four years, there were hopes that refugees would begin to return home. Since then, just 28,000 refugees have gone back, according to the U.N. High Commissioner for Refugees.

A report by the agency late last year found that while 78% of refugees hope to return to Syria one day, only 8% intended to do so in the coming year. The U.N. says such sentiment remains the same.

"When we do our monthly intention surveys with these refugees, we do see that the majority plan to go back to Syria one day in the future, but only a small portion of them are wanting to go back in the next 12 months," said Lilly Carlisle, the agency's spokeswoman in Jordan.

Refugees cite safety concerns, fear of conscription and a lack of jobs, housing and basic services as reasons for not going home. Reports from Syria aren't encouraging either.

"When I contact my brothers in Syria, they told me that work opportunities there are not available, the situation is not safe," said Yousef Samara, a 42-year-old refugee from Syria's Deraa province who lives in the Zaatari camp in northern Jordan. "Living conditions don't encourage us to return. I care about the future of my children; I left the war for their sake."

The UNHCR, working with the Jordanian government and aid organizations, coordinates a host of services for refugees, including cash assistance, education, health services and mental health counseling. But facing a chronic budget crunch, with donor nations providing just over a quarter of needed funds this year, it has struggled to meet demand. The U.N. estimates that some 80% of refugees live below the poverty line and nearly 90% are in debt.

Hamshari, who uprooted his family from their home in a Damascus suburb in 2012, said he feels trapped. He said there is no way he can return to Syria, but there is no way to support his wife and four young children in his current situation.

The 36-year-old said he fled Syria after he was arrested in a random sweep that followed the outbreak of anti-government protests. He said he was tortured during three months in jail and believes he will be in danger if he returns. In any case, he said his home near Damascus is destroyed.

His first stop in 2012 was Libya, where he said he earned a good living as a construction worker. But after Libya's civil war erupted, he fled to Jordan the following year. He applied to move his family to the U.S., but said the process was abruptly halted after the Trump administration tightened entry rules for Syrian refugees.

Today, he scrapes by as a worker in a pharmaceutical factory, living in a sparse, two-bedroom apartment in a working-class neighborhood in east Amman. He said he receives about $200 in food coupons from the U.N. each month, but gets no other assistance.

Like many other refugees, he said he cannot afford basic expenses and is months behind on his rent and electricity bills.

He subsists by borrowing a few dinars from friends or relatives, but says few people have money to lend because they are in a similar predicament.

"I feel lost," he said. "I haven't achieved anything in the last six or seven years, only eating and drinking and being indebted. If I stay like this, I will die from anger."

He implored Western countries to take in refugees like himself. "Even if I work 20, 25 or 50 years here, I will not have a good future for me or for my children."

Amer Sabaileh, an independent Jordanian analyst, said the government must devise a long-term strategy and decide whether it wants to absorb refugees or help them return home.

"It seems that we need to develop a stronger way of dealing with these emergencies. Let's say we cannot keep just being receivers for what is happening in the region," he said. "Unfortunately, I don't see that we have this plan."