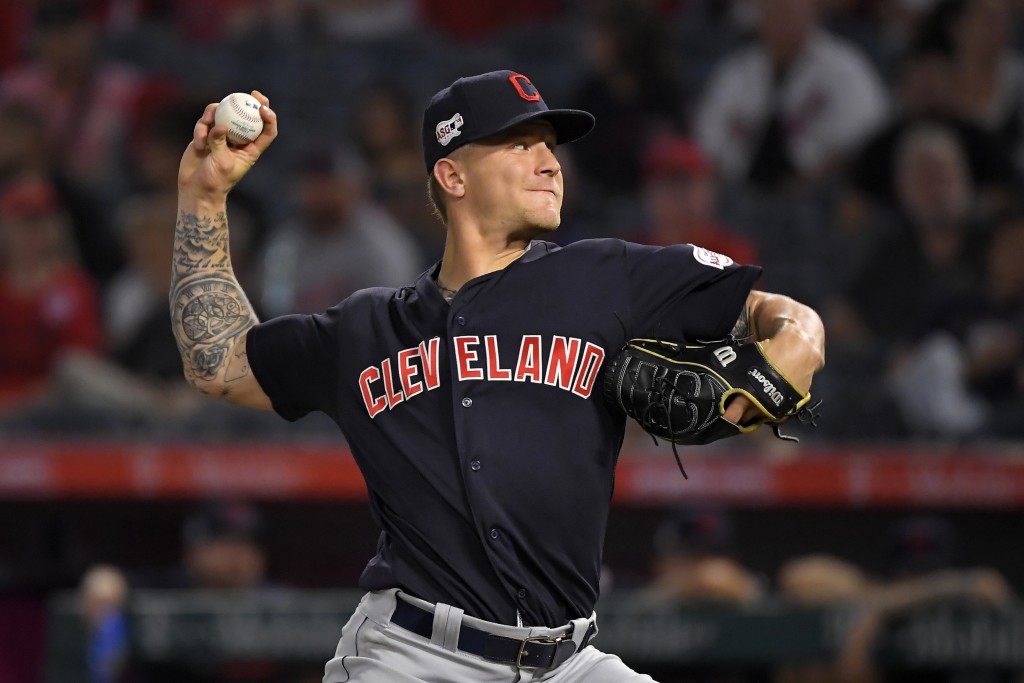 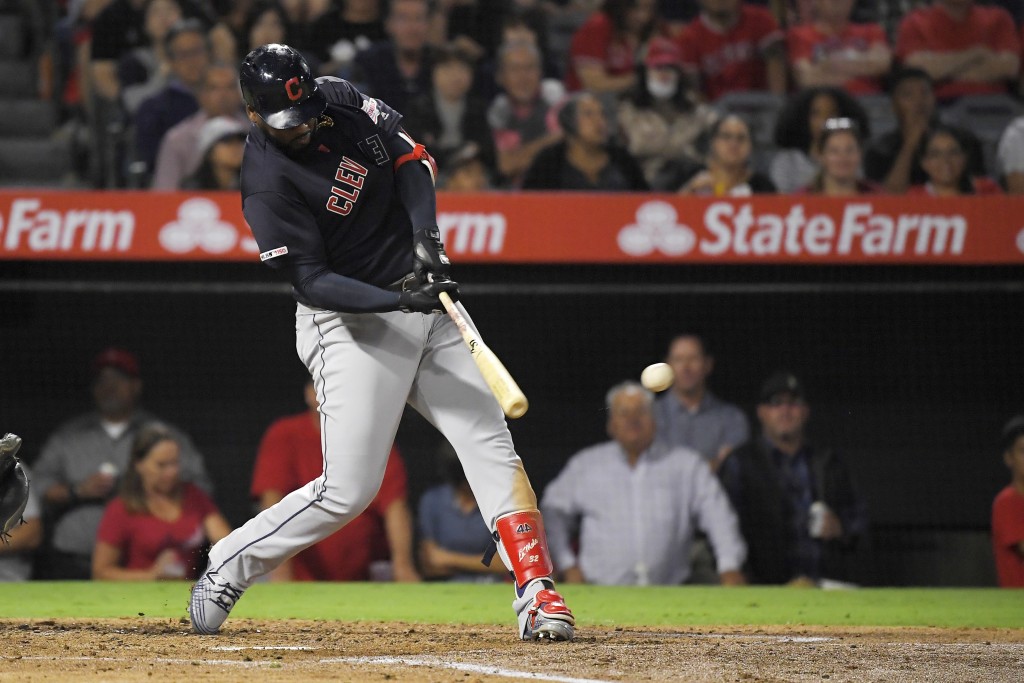 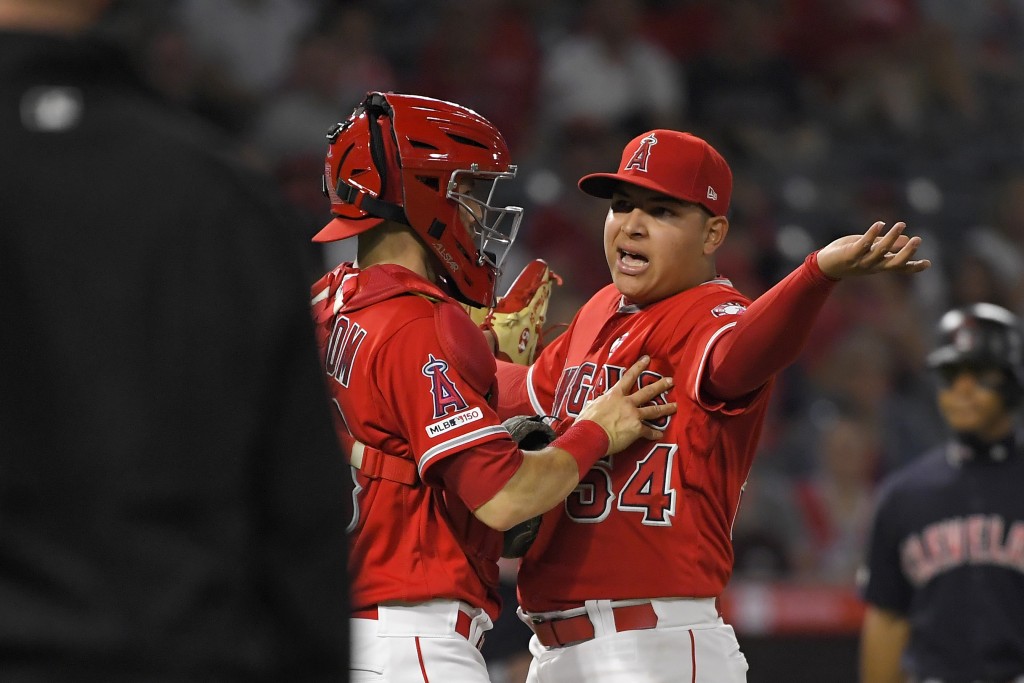 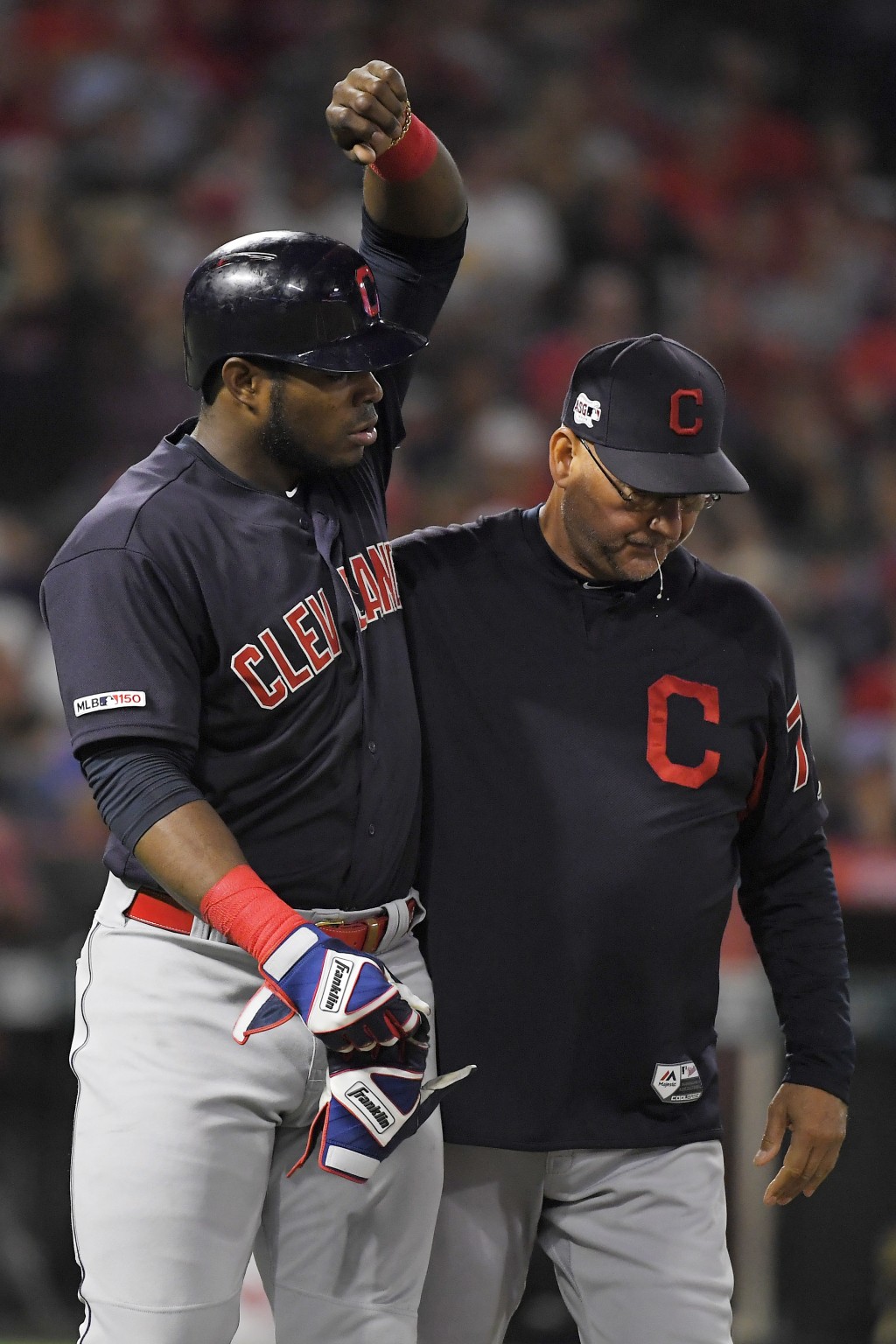 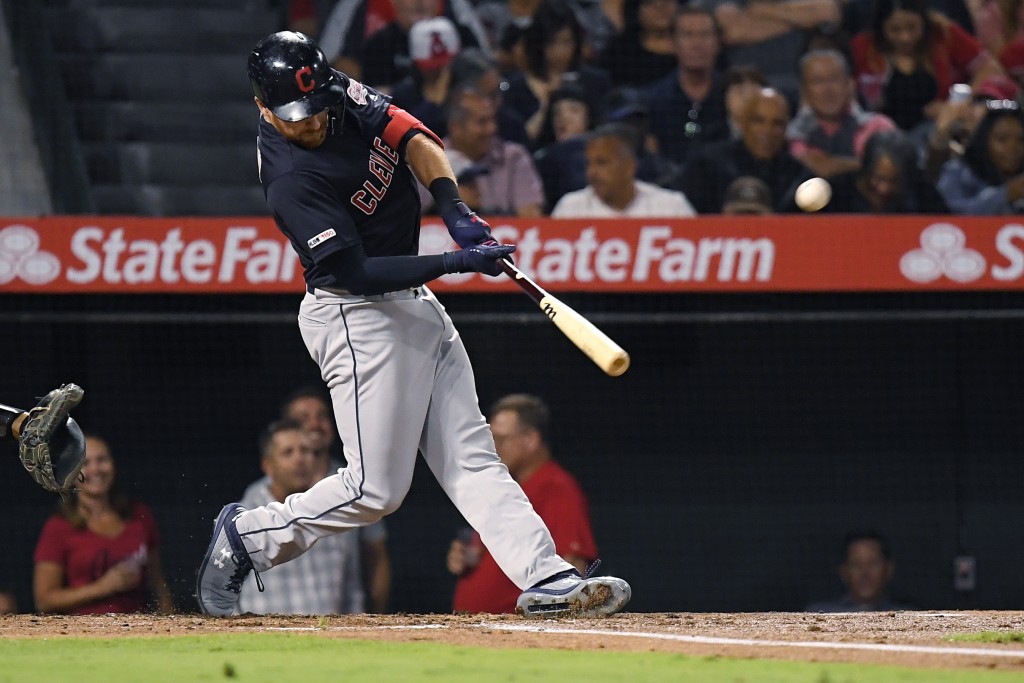 The Indians have won four of five. The Angels, again playing without star Mike Trout, have dropped three in a row — the loss ensured the Angels will miss the postseason for the sixth straight year.

Plesac (8-6) bounced back after suffering consecutive losses for the first time in his career. The right-hander, who had allowed 10 earned runs in his last two starts, struck out five and walked two while throwing 114 pitches.

Plesac's previous high in innings was seven on five occasions. It was the sixth time in 19 starts he has thrown over 100 pitches.

Lindor hit his 30th homer, a solo drive off Trevor Cahill in the seventh. He joined Alex Rodriguez as the only shortstops in major league history to have three or more seasons of at least 30 home runs before turning 26.

Luplow hit a two-run homer off José Suarez (2-6) in the second. He drew a bases-loaded walk in the third before Franmil Reyes hit a three-run double.

Suarez gave up six runs on four hits in three innings. The left-hander has lost five of his last six starts.

Indians slugger Yasiel Puig was hit by a pitch from Suarez his first two times up. Puig exchanged words with Suarez while walking up the first base line after he was hit in the foot during the third inning and was restrained by manager Terry Francona.

It is the first time in Puig's seven-year career that he had been by a pitch twice in a game.

Indians: OF Tyler Naquin has been tentatively scheduled to have surgery on his right knee Thursday after receiving a second opinion in Houston. Naquin tore the ACL in the knee after running into the outfield wall during a game at Tampa Bay on Aug. 30. There still remains some swelling in the knee that could delay the surgery.

Angels: Trout sat out a third straight game after he had a cryoablation procedure to deaden the tissue around the irritated nerve in his right foot. Manager Brad Ausmus said there is a possibility Trout could return to the lineup Wednesday.