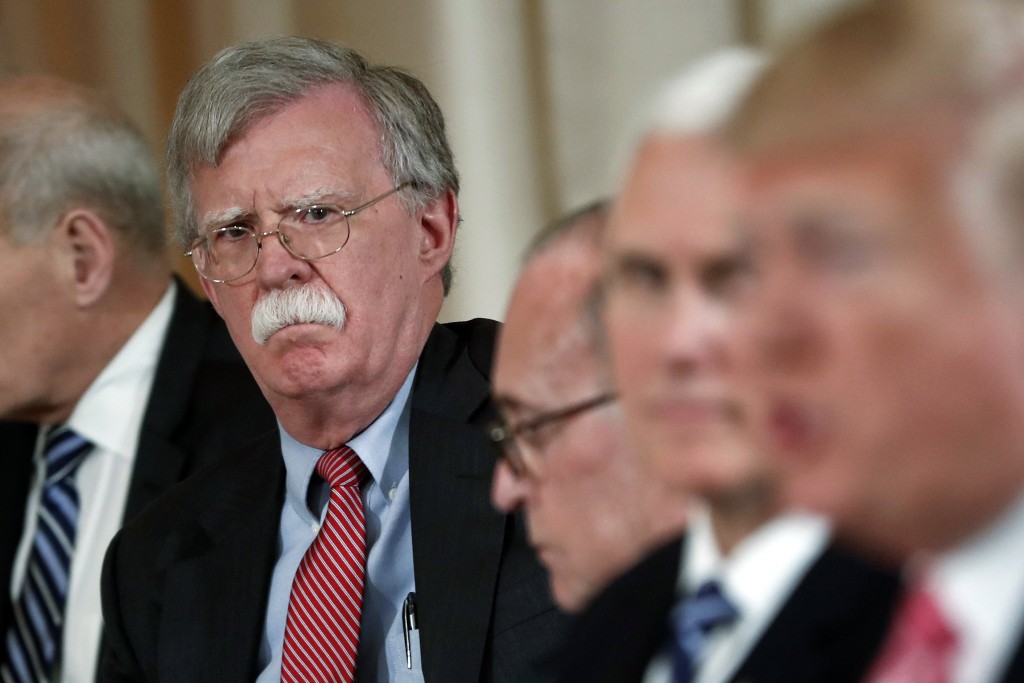 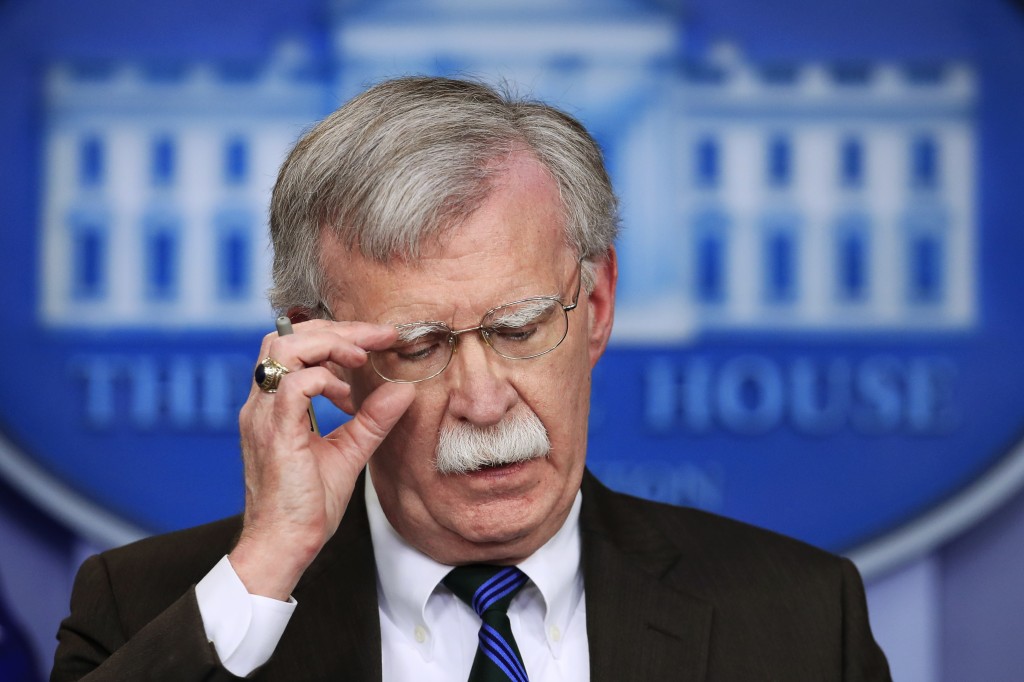 The official said Bolton's departure is particularly welcome given his role in the U.S. imposition of crippling oil sanctions and the almost daily attacks on social media aimed at socialist President Nicolas Maduro.

"On days like this, the Comandate would treat himself to some sweet papaya," said the official, referring to the late President Hugo Chavez's preference for a traditional Venezuelan dessert.

The official agreed to discuss Bolton only if not quoted by name, because relations between Venezuela and the United States are already tense.

But it wasn't clear if the U.S. stance on Venezuela might change without Bolton. Some analysts even said Maduro has more to lose from a more diplomatic, less polarizing replacement as the U.S. supports opposition efforts to remove him as president.

"Maduro is likely thinking 'good riddance' and that this is sweet revenge for all the macho posturing," said Chris Sabatini, senior fellow for Latin America at Chatham House in London. "But that would be a mistake. Bolton's strategy was flawed from the beginning and his departure may pave the way to bring in a more professional, effective diplomat that could be a greater threat to Maduro's autocracy."

Cuba and Nicaragua also had little liking for Bolton.

In November, Bolton said during an address to veterans of the Bay of Pigs invasion of Cuba in 1961 that the communist-ruled island is part of a "troika of tyranny" along with Venezuela and Nicaragua. Cuban Foreign Minister Bruno Rodriguez responded by calling Bolton a "pathological liar.3/8

The tough rhetoric was matched by intense policy pressure.

In the bid to ramp up pressure on Maduro, the U.S. has imposed sanctions on Venezuela's crucial oil industry as well as threated to punish companies from third countries that continue to do business with Maduro.

The U.S. government targeted key allies of Nicaraguan President Daniel Ortega and pushed its allies to isolate the government from international and regional organizations. At least a half-dozen Nicaraguan officials were sanctioned by the U.S. Treasury for corruption and human rights violations.

On Cuba, Bolton worked aggressively to roll back the Obama administration's opening to the island. In a move that shocked even some anti-Castro hardliners, he was instrumental in lifting a two-decade ban on lawsuits against companies that profit from U.S.-linked properties confiscated after Cuba's 1959 revolution.

There was no immediate official comment in Cuba on Bolton's departure. But in reporting the firing, state-run TV said his removal was further proof of the "dysfunction" and "contradictions" plaguing the Trump administration.

Fernando Cutz, who worked on Latin American issues at the National Security Council in both the Obama and Trump administrations, said he expects the Trump administration now to focus more on the way Cuba and the U.S. interact and less on actions that hurt the Cuban people.

But he expects more continuity on Venezuela.

"The pressure on Maduro won't change, though the tactics likely will," Cutz said. "Depending on who comes in, we'll likely stop seeing the military intervention rhetoric and start seeing more responsible rhetoric, with a greater focus on a potential solution through dialogue."