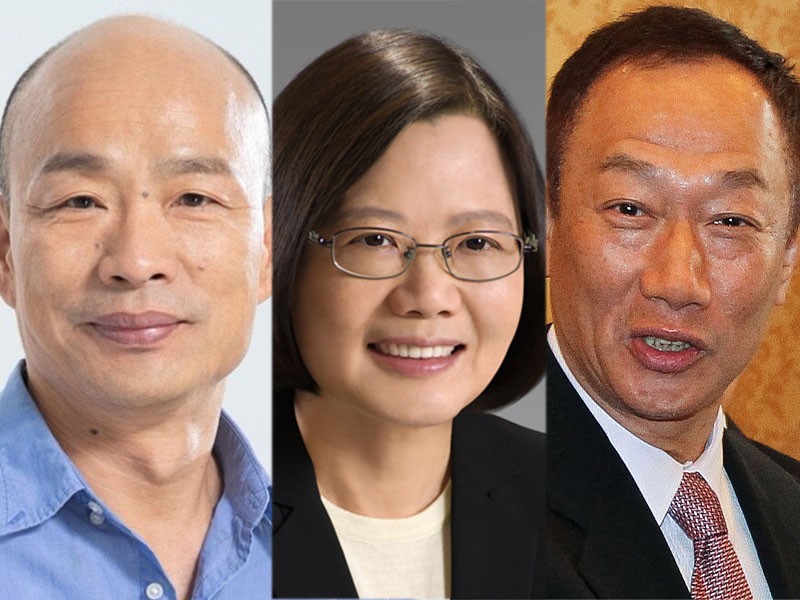 Gou raised questions about the duty of the country’s legislators, who he observed are running things like borough chiefs. He said that he believes they should be focusing on their duties by drafting laws and making inquiries.

Young people must be capable, creative, determined, and courageous to succeed

Kaohsiung Mayor Han Kuo-yu said on Facebook on Sept. 10 that the youth in Taiwan are faced with unprecedented challenges in an unfriendly environment. Han said that as life gets more difficult, it takes enormous effort and courage in addition to ability and creativity, for young people to stand out in a competitive world strewn with restraints.

Removing oneself from office

Kaohsiung Mayor Han Kuo-yu finished last in a poll ranking 22 city mayors and county magistrates released by Commonwealth Magazine on Sept. 10. The Kaohsiung City Council’s Democratic Progressive Party (DPP) caucus on Sept. 11 demanded a response from the city government on this matter, to which Han replied, “I will remove myself from my position if I’m not doing a good job.”

President Tsai Ing-wen said on Sept. 11 at a workshop titled "Defending Democracy through Media Literacy” that she hopes the initiative to hold similar events around the world will improve people’s ability to distinguish factual information from fake news. The workshop serves to foster the exchange of ideas on how to combat the spread of disinformation.

The ongoing war of misinformation, with its evolving tactics, poses an increasing threat to regional stability and necessitates closer cooperation between nations to implement countermeasures, Tsai reckoned.