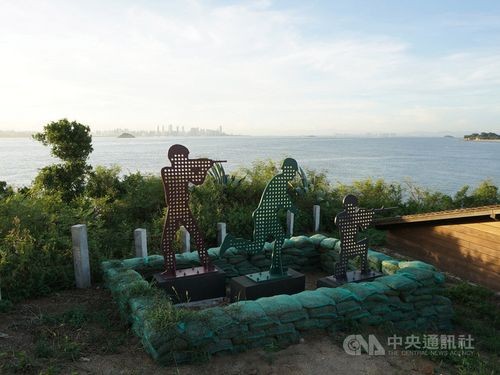 The Kinmen Tourism Department announced earlier this week that four international charter flights will fly from Brunei to Kinmen in November, as part of efforts to promote tourism to Taiwan's outlying county.

In view of the falling number of tourist arrivals from China, Kinmen government has been working to attract visitors from other countries in the region, the department said.

In addition to Brunei, Kinmen government also has plans to promote charter flights from Singapore, Hong Kong, Macau, Malaysia, Japan and South Korea in the near future.

Lee, who took up his new position as head of Taiwan's representative office to Brunei in August, said at the time that promoting charter flights from the Southeast Asian country to Kinmen would be among his top priorities, according to Yang.

With assistance from the Ministry of Foreign Affairs (MOFA) and the Ministry of Transportation and Communications (MOTC), it was later agreed that Royal Brunei Airlines would operate the Brunei-Kinmen charters in late November, Ting said.

Getting Brunei to agree to the charter flights has been a huge breakthrough, he said.

Brunei is located on the north coast of the island of Borneo in Southeast Asia. It has the second-highest Human Development Index among the Southeast Asian nations, after Singapore, and is classified as a developed country.