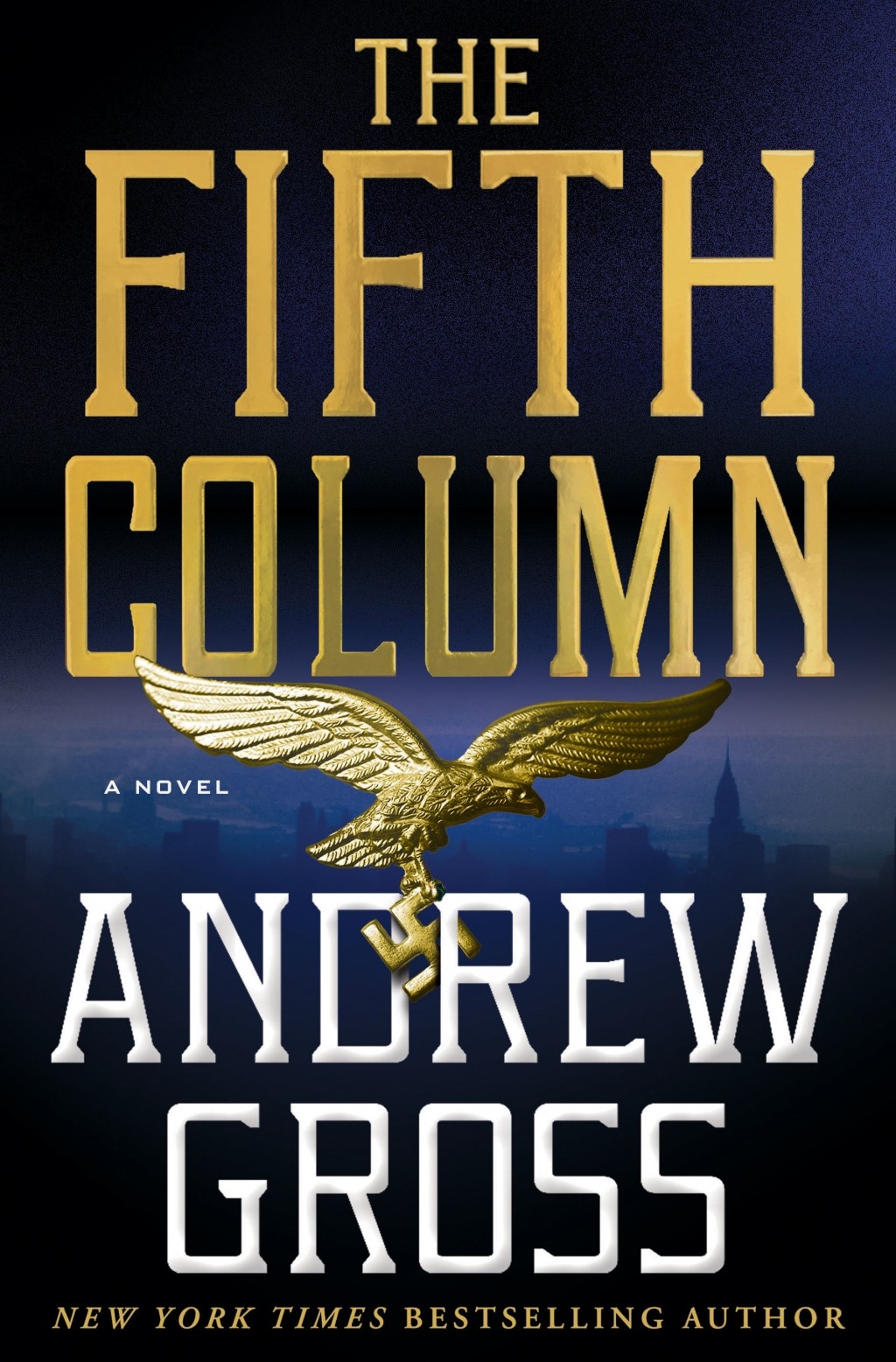 New York in 1939 is a scary place, with sympathizers of the Nazi movement openly protesting on the streets and an isolationist America wanting to help, but Franklin D. Roosevelt can't convince Congress to act.

In "The Fifth Column" by Andrew Gross, Charles Mossman is sitting in a bar getting drunk when some Nazi activists come in and try to cause a scene. He decides to stand up for the owner of the bar and that act accidentally causes the death of a young boy who was merely walking by. Two years later, Mossman is out of prison, but has lost his job and his family. His wife has moved away with their 6-year-old daughter, but he learns where they have gone and begs to be allowed to spend quality time with his child.

With his soon-to-be ex-wife's acceptance, he starts to spend several afternoons a week at their apartment complex to see his little girl, then leaves before her mother gets off work. Next door in the building is an elderly Swiss couple. They seem sweet and kind, but Mossman cannot shake the feeling that something is off. The more he learns about them, the more he's convinced they may be German spies and a potential threat. Is it merely his paranoia, or are his instincts accurate?

Gross has written several novels set during World War II, and he's become one of the best historical thriller authors in the business. When it comes to the emotional aspects and invoking the chaotic atmosphere of the time, Gross delivers. It's as if he actually lived during that time and is reflecting back on people he met and events he personally experienced. This gift for storytelling resonates throughout this stellar novel.