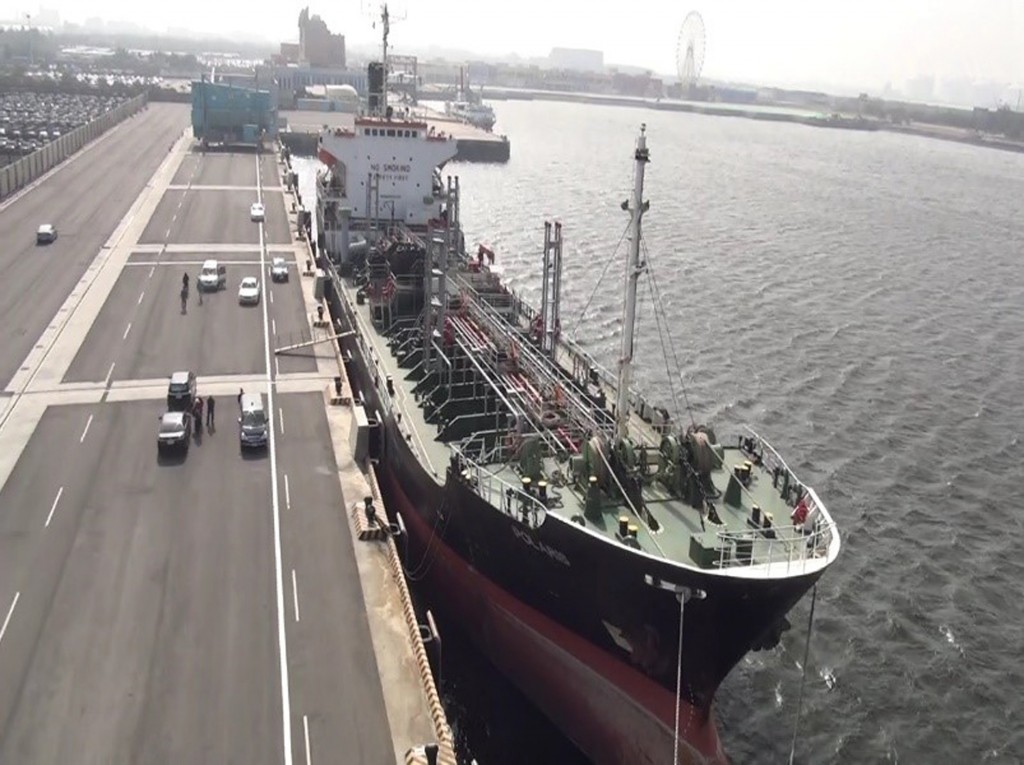 Six Taiwanese people were indicted Thursday on charges of using false customs declarations to ostensibly export fuel oil that was in fact transported illegally to unknown buyers in the East China Sea, including North Korean-flagged ships.

Three of the six suspects are owners of petrochemical or shipping companies who allegedly colluded with a Chinese man named Xie Jiaqing (謝加慶) to use the oil/chemical tanker Polaris to transport oil to buyers through illegal ship-to-ship transfers, according to the Taichung District Prosecutors Office.

The Polaris received supplies at Kaohsiung Port and was later loaded with fuel oil at Taichung Port before departing for the East China Sea to await instructions, the prosecutors office said in a statement.

Most of the buyers were smuggling vessels, tankers caught for violating United Nations sanctions and ships requiring refueling but which might have failed to pass inspections for refueling at ports legally, according to the statement.

A customs broker hired by the company of one of the suspects had filed fake documentation for customs clearance and exports between January and November 2018, according to the prosecutors.

On May 24, 2018, the Polaris embarked from Taichung Port and transferred oil to the North Korean-flagged Myong Ryu 1 in the East China Sea and then to North Korean-flagged tanker Sam Jong 2, a U.N.-sanctioned vessel, in violation of U.N. Security Council Resolution 2375, according to prosecutors.

The group has conducted 21 ship-to-ship oil transactions since January 2018, selling up to 92,000 tons of oil and reaping NT$1.7 billion in illegal sales.

The other three suspects indicted are a captain from Myanmar, the customs broker and a shipment worker.

Prosecutors recommended stringent sentences for the suspects on the grounds that illegal sale of oil to smuggling ships has severely tarnished Taiwan's reputation, while oil transfers at sea could cause navigation safety and pollution problems. (By Su Mu-chun and Evelyn Kao)