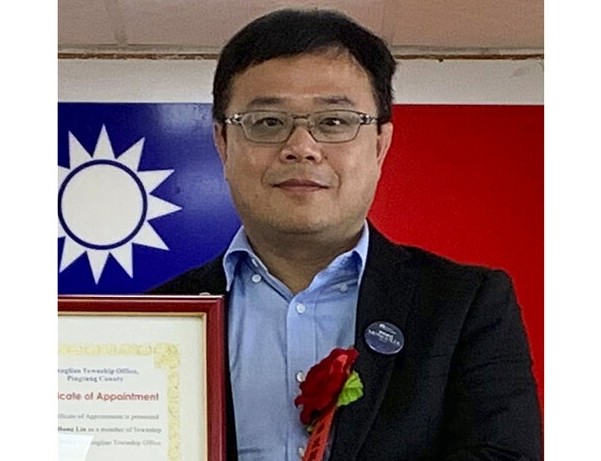 TAIPEI (Taiwan News) -- After China announced on Wednesday (Sept. 11) that Morrison Lee (李孟居), a Taiwanese citizen who went missing in China at the end of August, was arrested for "endangering national security," Taiwan's Democratic Progressive Party (DPP) that day urged Taiwanese citizens not to visit Hong Kong or China.

At a press conference on Wednesday (Sept. 11), China Taiwan Affairs Office (TAO) spokesman Ma Xiaoguang (馬曉光) confirmed that Lee, a political adviser to Pintung County’s Fangliao Township and activist who lost contact with family and friends on Aug. 20 during a solo trip to Hong Kong, is being investigated in accordance with the law for "suspected criminal activities and endangering national security." Later on Wednesday, CNA cited DPP Deputy Secretary-General Lin Fei-fan (林飛帆) urged Taiwanese citizens to exercise extra caution if they plan to go to Hong Kong or China.

The DPP that day also issued a statement which read, "The Democratic Progressive Party urges citizens to avoid visiting Hong Kong and China due to tough internal situations," reported Reuters. The DPP also called on the relevant departments in China "ensure the human rights and personal safety of the parties concerned, publish relevant evidence and materials, refrain from dealing with them in black boxes, and expeditiously allow family members to visit and allow consultations with lawyers, so as to safeguard their due judicial rights," reported CNA.

DPP Chairman Cho Jung-tai (卓榮泰) told the media that Taiwan is a country in which its people are guaranteed freedom, democracy, and human rights, according to the report. In China, such comprehensive freedom, democracy, and human rights are "relatively difficult requirements," but if the country wants to jump onto the international stage, these rights cannot be ignored, said Cho.

In a press release, DPP spokeswoman Hsueh Cheng-yi (薛呈懿) said that China's security authorities had not disclosed relevant evidence, nor had they notified Taiwan and Lee's family members in accordance with the provisions of the Cross-Strait Joint Crime-Fighting and Judicial Mutual Assistance Agreement (海峽兩岸共同打擊犯罪及司法互助協議). They arrested Lee in the name of national security, just like a copy of the Li Mingzhe case and the DPP expresses its solemn protest, wrote Hsueh.

Hsueh wrote that China's practices only arouse the anxiety and anger of Taiwan's society. "When people travel to China, they are full of doubts about their own security and freedom, and worsen China's image," wrote Hsueh.

The spokeswoman wrote that the DPP appealed on Taiwanese people to reduce their visits to Hong Kong and China due to the "grim situation." "If you have to go to these areas, pay close attention to your own safety, keep your relatives and friends informed of your whereabouts, and keep abreast of the situation," the statement read.

Based on photos Lee sent to friends, he was known to have traveled to Hong Kong on Aug. 18 and took photos of anti-extradition bill protests that evening. On Aug. 20, Lee posted photos of People's Liberation Army armored vehicles and military trucks in Shenzhen, but it is not known if these were taken by him or shared from others.

Lee was never seen or heard from again. His friends and relatives are concerned that he is being held in a Chinese jail on trumped-up charges, possibly related to taking photos of military vehicles.

On Thursday (Sept. 12), Taiwan's Ministry of Foreign Affairs (MOFA) issued a defiant tweet saying, "If a Taiwan citizen sharing Hong Kong protest photos can be detained for "criminal acts" endangering state security, the world must ask: Who is safe from the long and bloody arm of authoritarian China?"

If a #Taiwan citizen sharing #HongKong protest photos can be detained for "criminal acts" endangering state security, the world must ask: Who is safe from the long & bloody arm of authoritarian #China? Taiwan is on the front line defending democracy. We shall never surrender! JW https://t.co/F8RX3Mjdk8