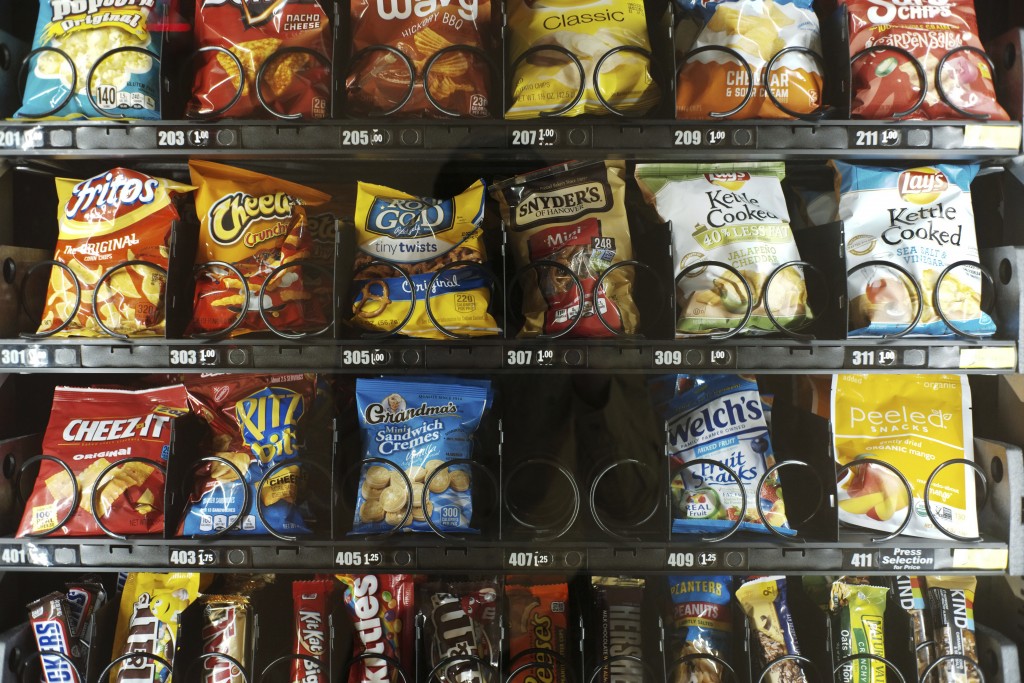 NEW YORK (AP) — Americans are addicted to snacks, and food experts are paying closer attention to what that might mean for health and obesity.

Eating habits in the U.S. have changed significantly in recent decades, and packaged bars, chips and sweets have spread into every corner of life. In the late 1970s, about 40 percent of American adults said they didn't have any snacks during the day. By 2007, that figure was just 10 percent.

To get a better handle on the implications of differing eating patterns, U.S. health officials are reviewing scientific research on how eating frequency impacts health, including weight gain and obesity. The analysis is intended to gauge the broader spectrum of possibilities, including fasting. But snacking, grazing and "mini meals" are likely to be among the factors considered, given how they have upended the three-meals-a-day model.

Findings could potentially be reflected in the government's updated dietary guidelines next year, though any definitive recommendations are unlikely.

For public health officials, part of the challenge is that snacking is a broad term that can mean a 100-calorie apple or a 500-calorie Frappuccino. How people adjust what they eat the rest of the day also varies. Snacks may help reduce hunger and overeating at meals later on, but they can also just push up the total calories someone consumes.

While there's nothing wrong with snacks per se, they have become much more accessible. It also has become more socially acceptable to snack more places: at work meetings and while walking, driving or shopping for clothes.

In Mexico, which has among the highest obesity rates in the world, special taxes on sugary drinks and other foods including some snacks and candies went into effect in 2014.

Last week, a study in the medical journal BMJ said taxing sugary snacks in the United Kingdom could have a bigger impact on obesity rates than a tax on sugary drinks that went into effect last year. While sugary drinks account for 2 percent of average calories in the United Kingdom, sugary snacks like cakes and cookies account for 12 percent, the study said.

Complicating matters, snack options are also continuing to broaden beyond the standard chips and cookies.

"Manufacturers have tried to tap into Americans' concern for health," said Paula Johnson, curator of food history at the National Museum of American History in Washington, D.C.

Beyond nutrition, health officials should also consider what emotional or mental health benefits might be lost when people move away from meals, said Sophie Egan, who writes about American food culture. Meals can be a time for socially connectivity, she said, while snacks are usually eaten alone. She also noted the growth in snacking may be fueled by the stress of busier lives.

"Who knows how much food is a Band-Aid for those issues," Egan said.

For their part, food companies have moved to capitalize on Americans' love of snacks and stretched the definition of the word. Dunkin Donuts' former CEO has said the chain's sandwiches should be considered snacks, not lunch. When Hershey bought a meat jerky company, the candy company said it wanted to expand its offerings across the "snacking continuum " to include more nutritious options.

Health experts' recommendations on snacking vary. Children may need more snacks and to eat more frequently. For adults, many dietitians saying what works for one person might not for another.

Hunnes, the UCLA dietitian, recommends sticking to minimally processed options like fruit or nuts when snacking. But she acknowledged the advice could sound like it's coming from an ivory tower, given the prevalence of packaged snacks.

"They're just there, and they have a great shelf life," she said.