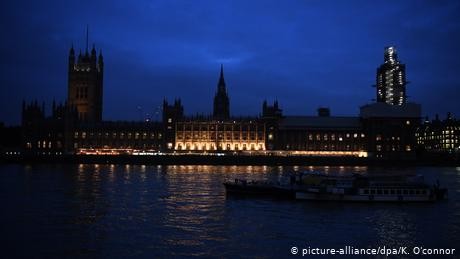 The UK government on Wednesday published "Operation Yellowhammer," its planning scenario for a no-deal Brexit.

The report, which dates from August 2, paints a damning picture of the disruptive effects of a deal should the UK leave the EU without an agreement on October 31.

The UK will revert to "third country" status and the relationship with the EU will be "on the whole unsympathetic," with a range of potential effects, including:

In the short-term, trucks would face delays of around 2 days while trying to cross the border, the report outlined.

This would have an impact on medicines and medical products imported into the UK. These are particularly reliant on short crossings of the English channel and would therefore be particularly affected by hold-ups.

The UK government would not be able to do much to mitigate these effects due to the short shelf-life of some medicines and supplies, according to the report.

The food sector would be hit in a matter of weeks, if not days, due to its reliance on free-movement and non-tariff trade within the EU, protected by high tariffs on goods coming from outside the trading bloc.

Up to 282 EU vessels could enter UK waters on the first day, leading to anger and even violent clashes with UK fishing boats.

Any workers, students, travelers and pensioners in the EU would immediately lose their access to healthcare, which is currently funded in the EU via the UK’s National Health Service.

Law enforcement data and information-sharing between the UK and the EU would also be immediately affected.

Hard Brexit but no hard border

The government would put into operation a policy of "no new checks with limited exceptions" to avoid a hard border on the island of Ireland.

However, as outlined in the report, the model will not be sustainable in the long run.

The government stressed that it was "updating the assumptions" in the document, and that it was "neither an impact assessment, nor a prediction of what is most likely to happen.

"It describes what could occur in a reasonable worst-case scenario," wrote Michael Gove, the minister in charge of no-deal preparations.

“Boris Johnson must now admit that he has been dishonest with the British people about the consequence of a no-deal Brexit," Starmer tweeted.

“It is also now more important than ever that Parliament is recalled and has the opportunity to scrutinize these documents and take all steps necessary to stop no deal."

Lawmakers voted last week to force the government to release the report after a version was leaked by the Sunday Times in August.