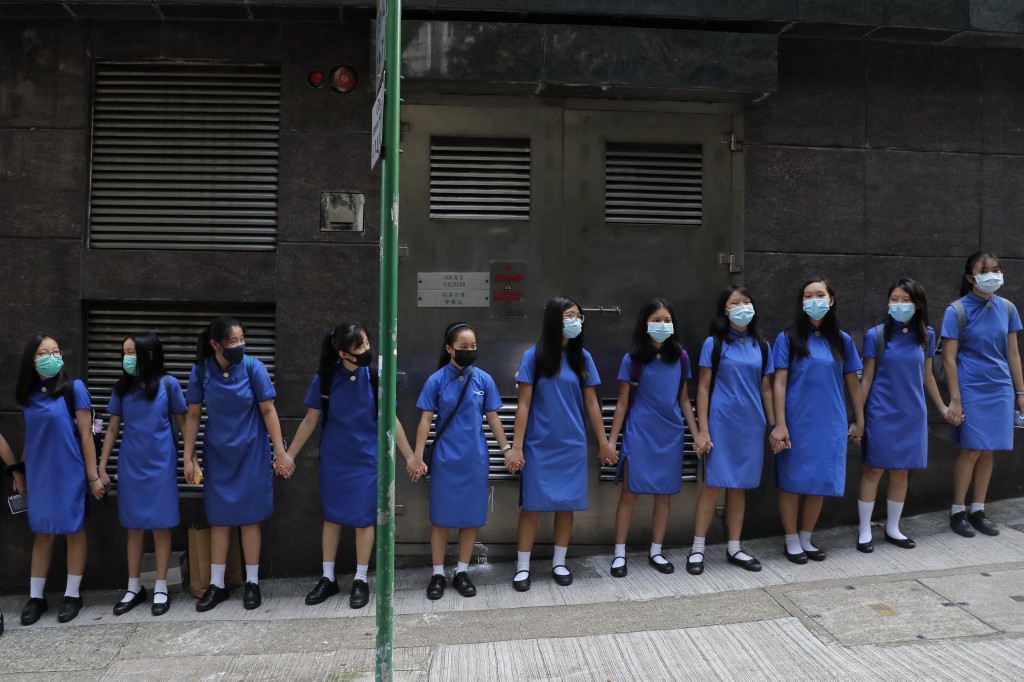 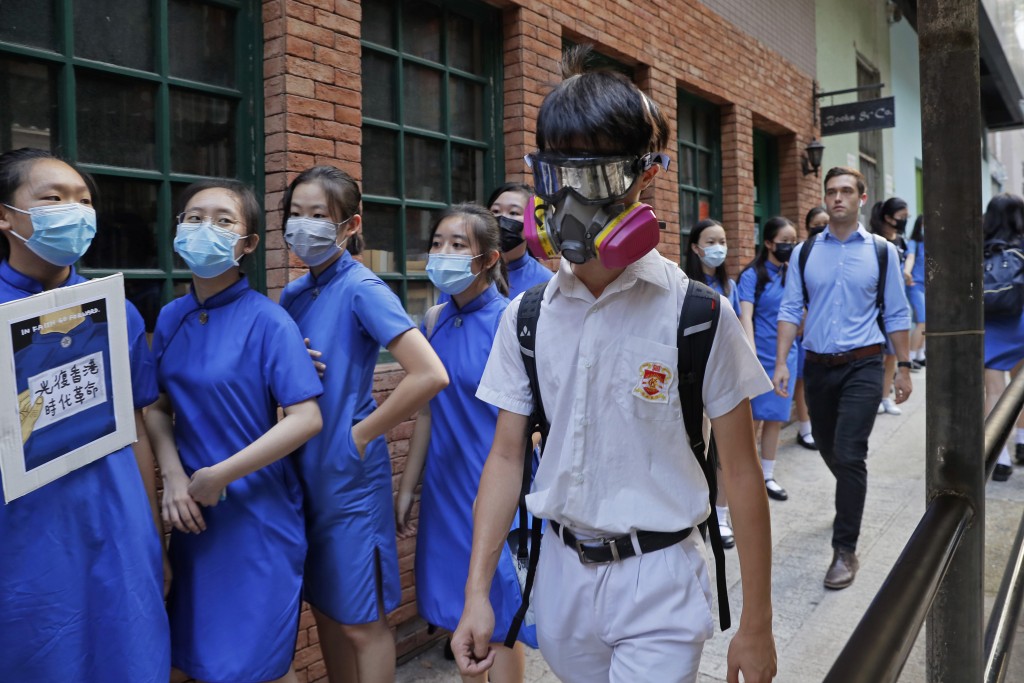 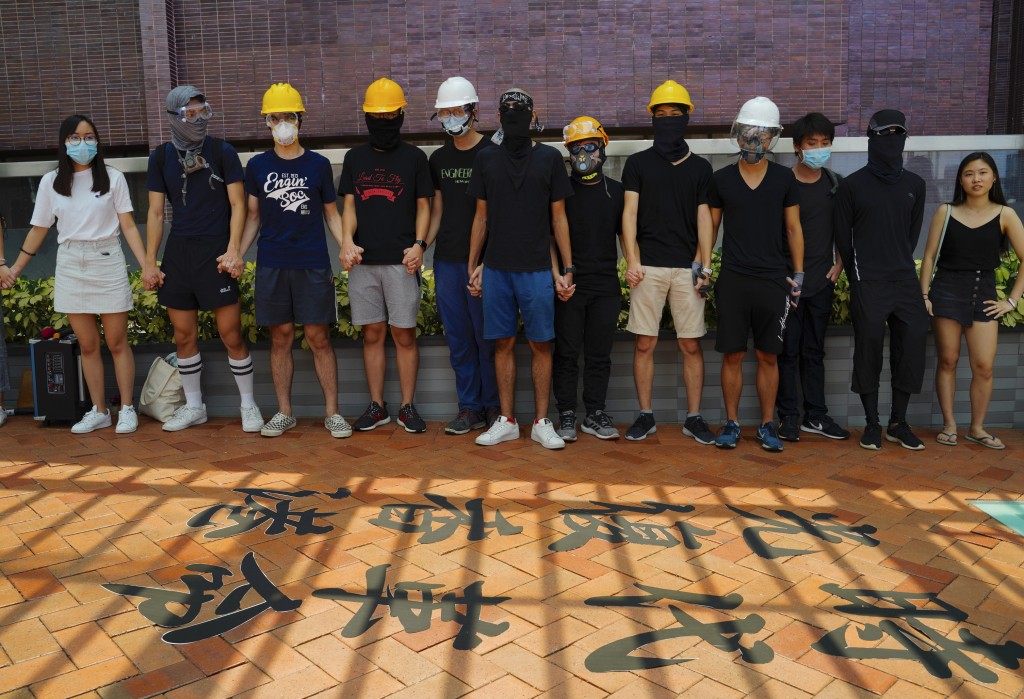 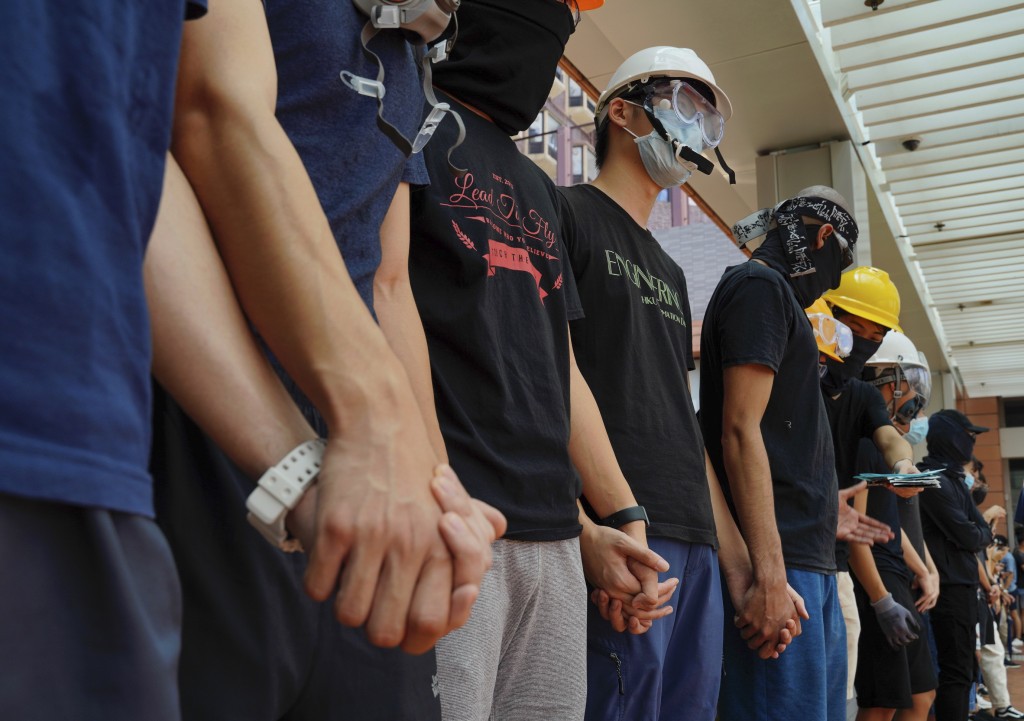 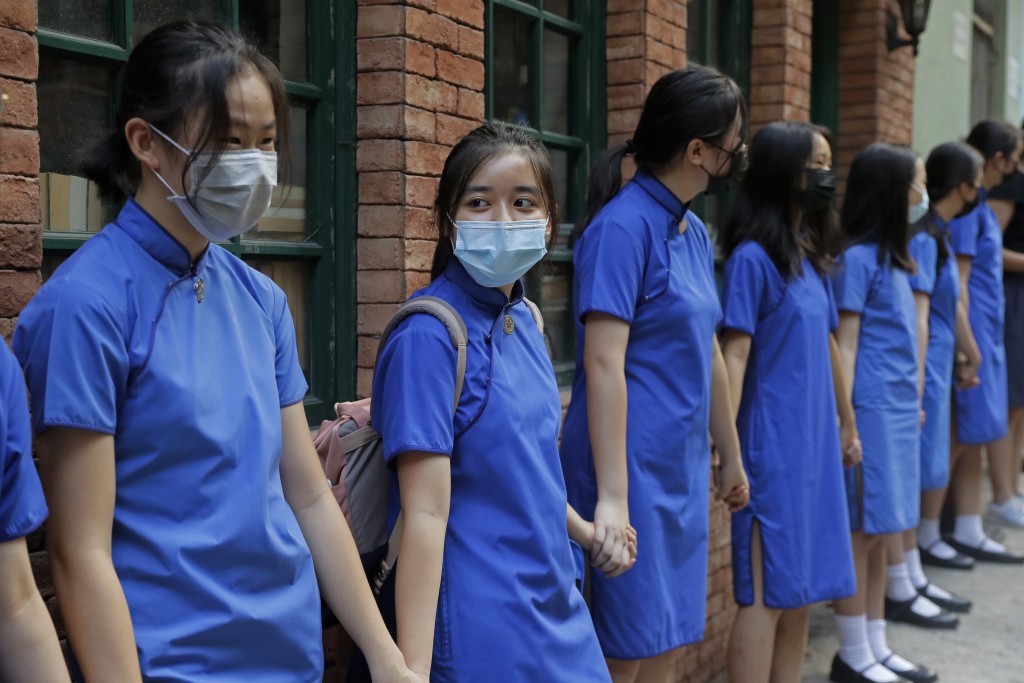 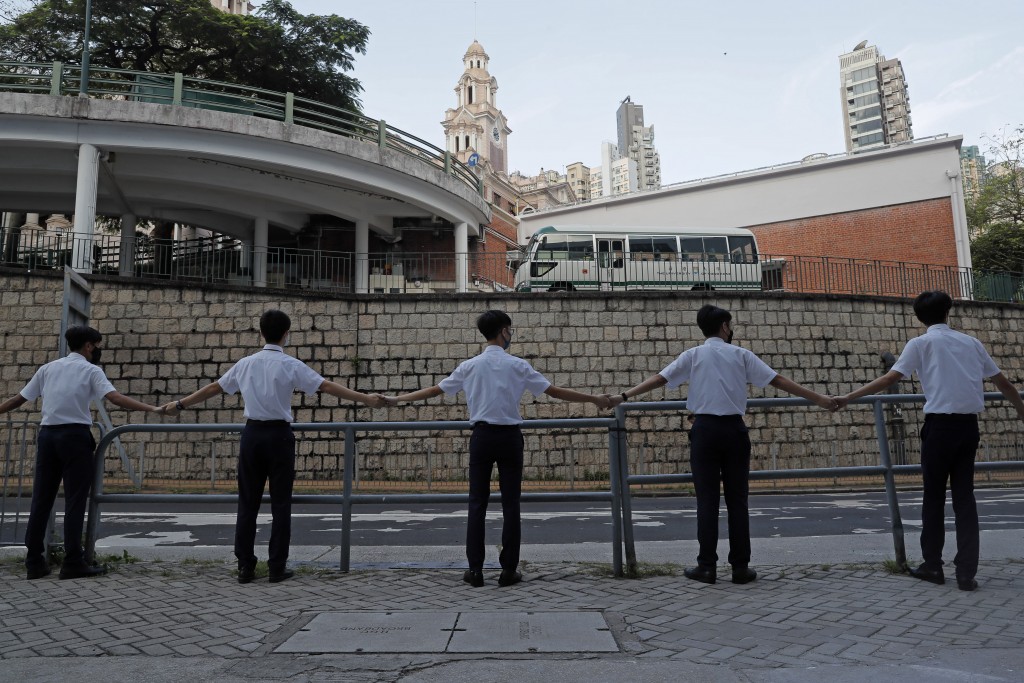 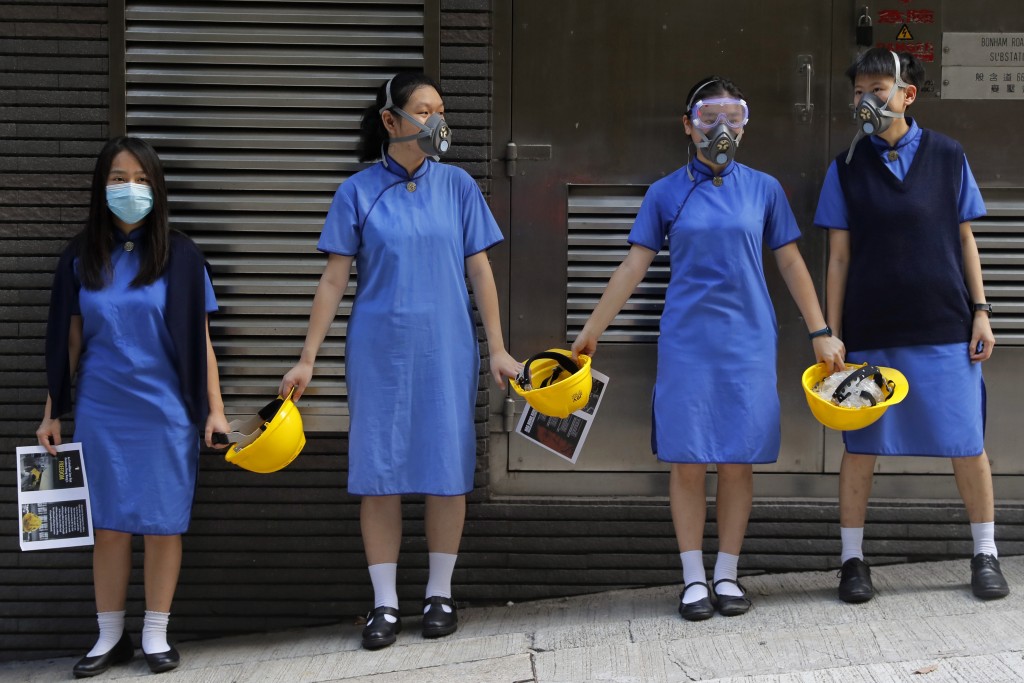 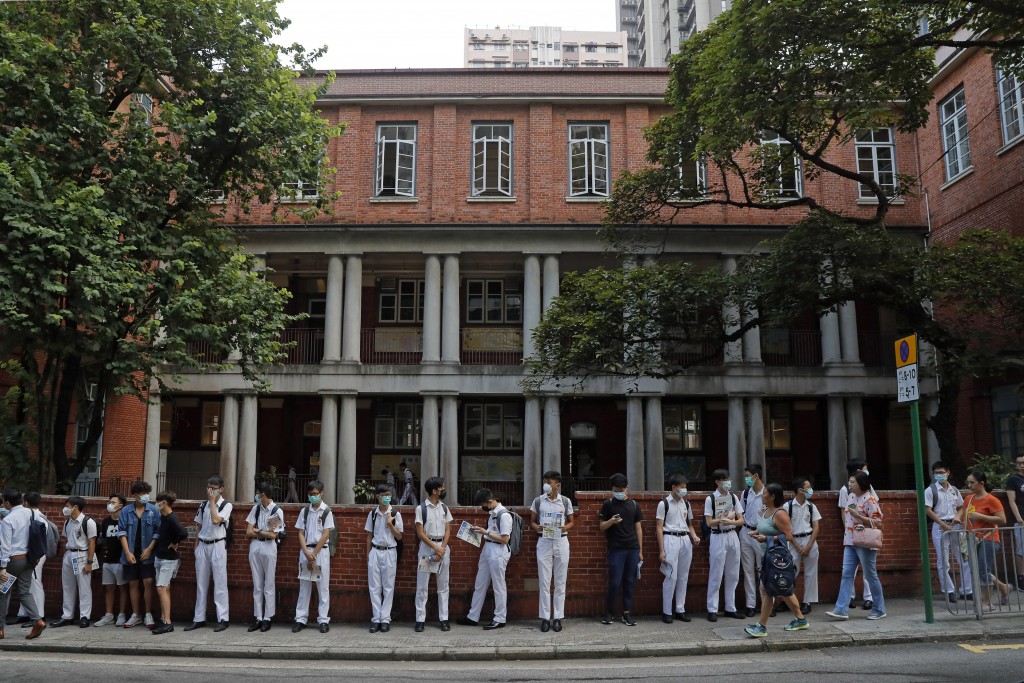 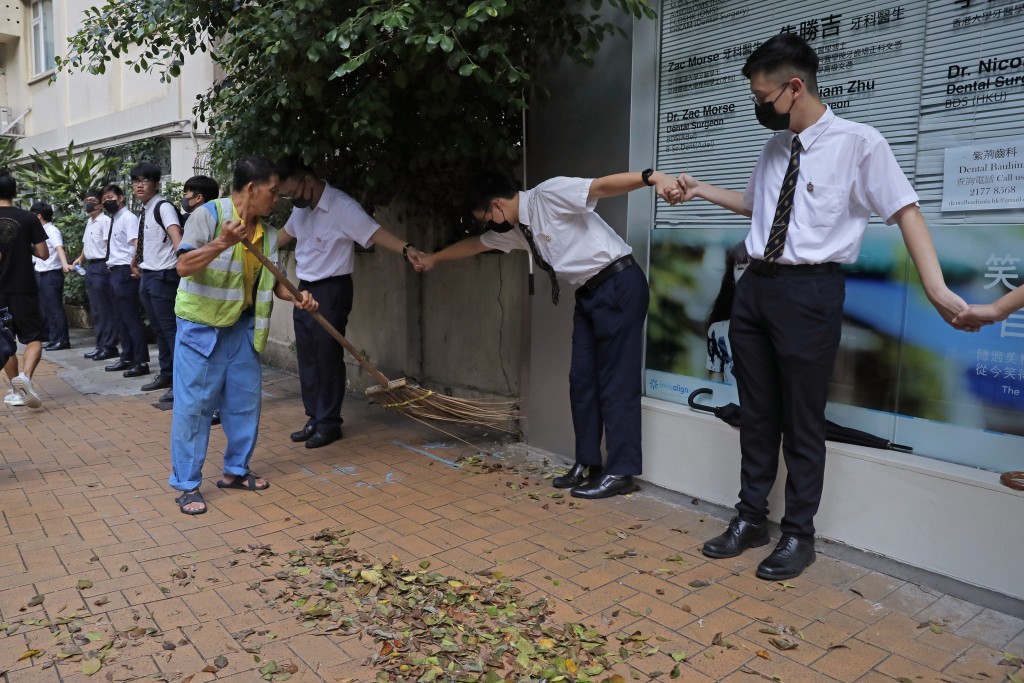 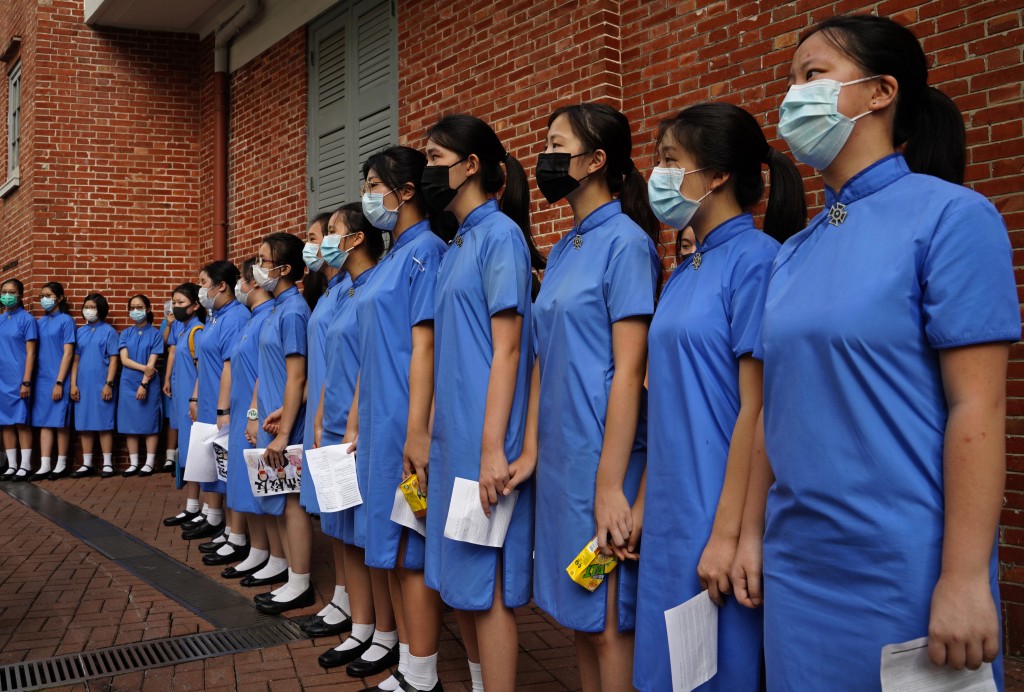 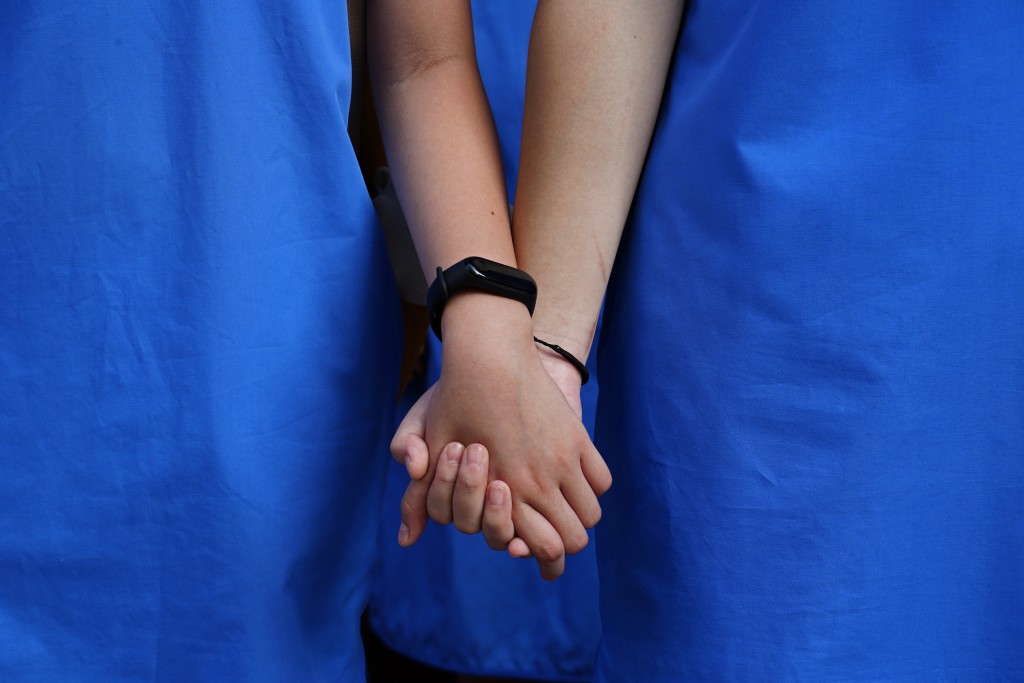 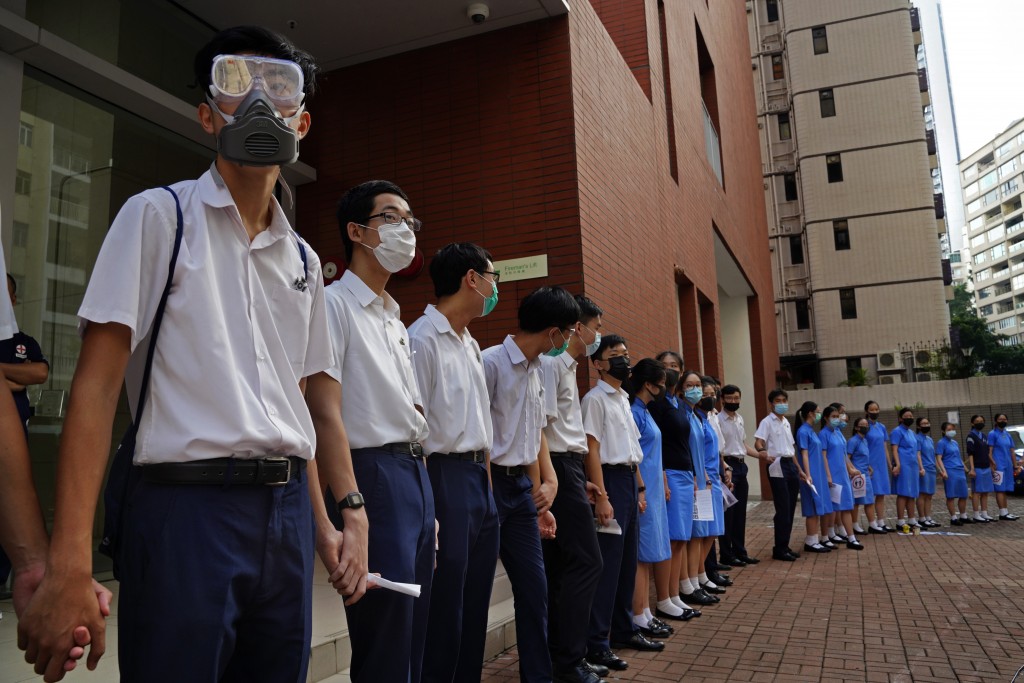 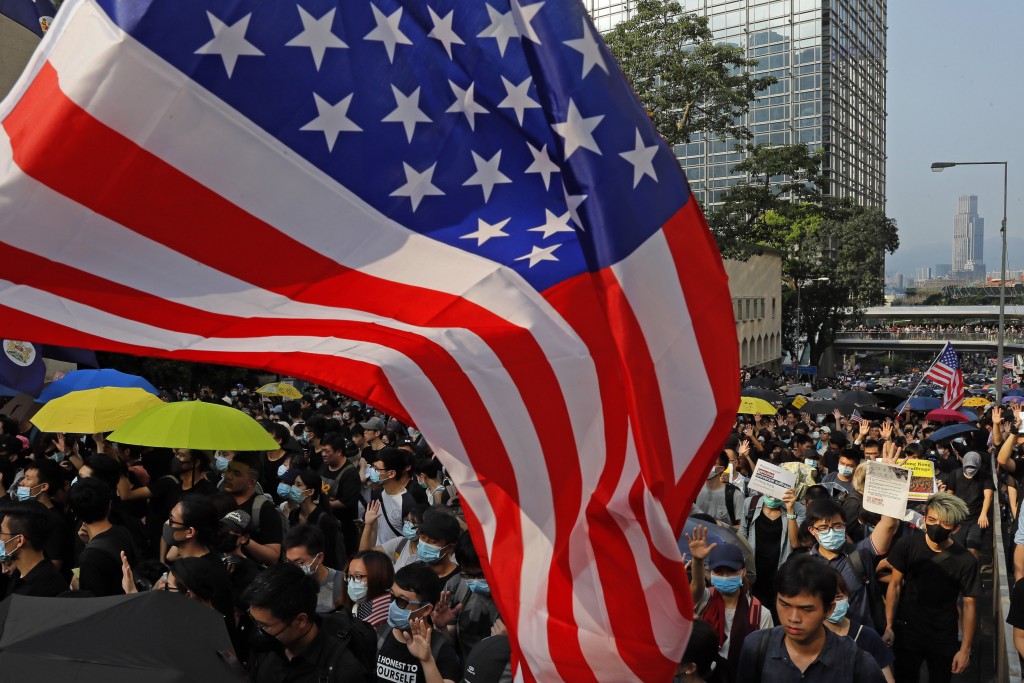 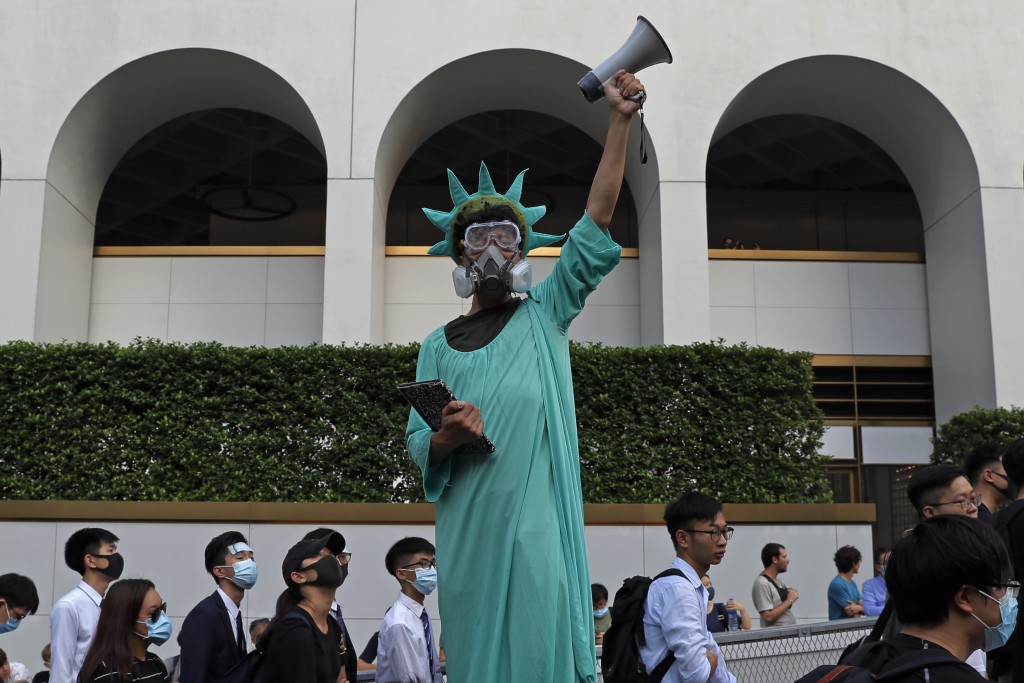 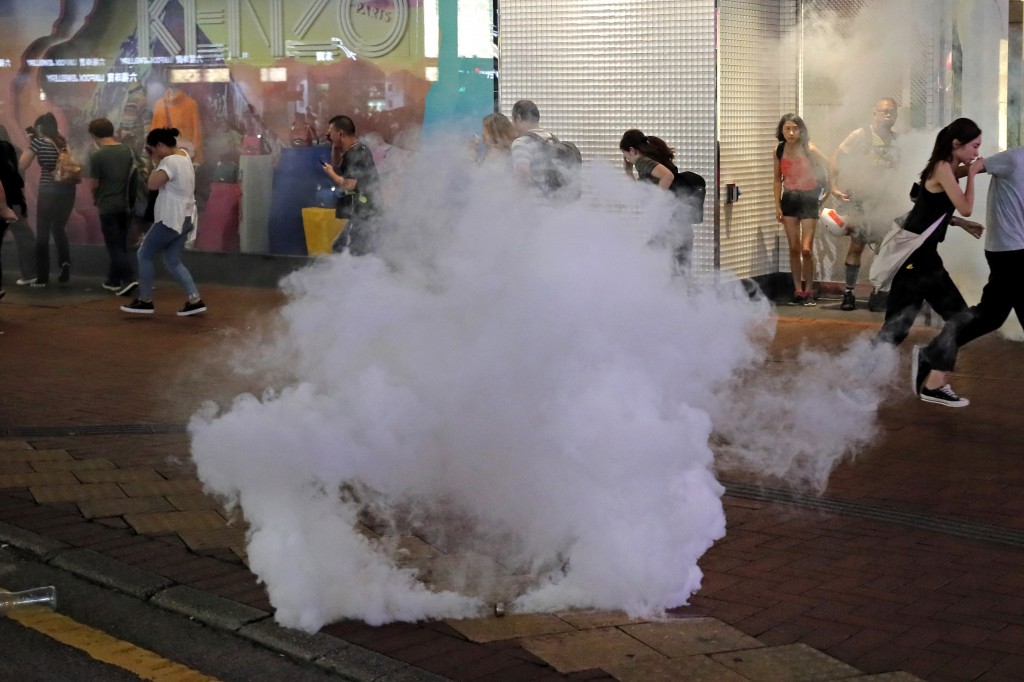 HONG KONG (AP) — Thousands of students formed human chains outside schools across Hong Kong on Monday to show solidarity to push for democratic reforms after violent weekend clashes in the semiautonomous Chinese territory.

The silent protest comes as the Hong Kong government condemned the "illegal behavior of radical protesters" and warned the U.S. to stay out of its affairs.

Thousands of demonstrators held a peaceful march Sunday to the U.S. Consulate to seek Washington's support, but violence erupted later in the day in a business and retail district as protesters vandalized subway stations, set fires and blocked traffic, prompting police to fire tear gas.

Hong Kong's government agreed last week to withdraw an extradition bill that sparked a summer of protests, but demonstrators want other demands to be met, including direct elections of city leaders and an independent inquiry into police actions.

Protesters in their Sunday march appealed to President Donald Trump to "stand with Hong Kong" and ensure Congress pass a bill that proposes economic sanctions and penalties on Hong Kong and China officials who are found to be suppressing democracy and human rights in the city.

Hong Kong's government expressed regret over the U.S. bill, known as the Hong Kong Human Rights and Democracy Act. It said in a statement Monday that "foreign legislatures should not interfere in any form in the internal affairs" of Hong Kong.

The government said it was "very much in Hong Kong's own interest to maintain our autonomy to safeguard our interests and advantages under the 'one country, two systems' principle" after the former British colony returned to Chinese rule in 1997.

The unrest has become the biggest challenge to Beijing's rule since it took over Hong Kong, and an embarrassment to its ruling Communist party ahead of Oct. 1 celebrations of its 70th year in power. Beijing and the entirely state-controlled media have portrayed the protests as an effort by criminals to split the territory from China, backed by what it said were hostile foreigners.

Trump has suggested it's a matter for China to handle, though he also has said that no violence should be used. Political analysts suggest that his response was muted because he doesn't want to disrupt talks with China over their tariff war.

High school and university students across Hong Kong held hands for a second straight week Monday to form long human chains that snaked into the streets outside their schools before the bell rang. They were joined by many graduates wearing the protesters' trademark black tops and masks.

Some university students continued their protest chains at lunch time, with passing cars honking in support. Many rallied against what they viewed as excessive use of force by police, with one student carrying a placard that read "Stop violence, we are not rioters."

At the St. Paul Co-educational College, a Catholic school, students in blue dresses also chanted "Five key demands, not one less," the slogan of protesters who have refused to yield until all their demands are met.

Apart from the extradition bill's withdrawal, protesters also want direct elections for Hong Kong's leader, an independent probe into alleged police brutality against demonstrators, unconditional release of those detained and not characterizing the protests as riots. Police have detained more than 1,200 people.

Separately, well-known Hong Kong activist Joshua Wong was released Monday, a day after he was detained at the airport following an oversight in his bail certificate.

Wong, a leader of Hong Kong's 2014 pro-democracy protest movement, was among several people held last month and was charged with inciting people to join a protest in June. His prosecution comes after his release from prison in June for a two-month sentence related to the 2014 protests.

A court said Wong's overseas trips had been approved earlier and his detention was due to mistakes in dates in his bail certificate.

Wong, who visited Taiwan last week, said he will proceed with trips to Germany and the U.S. to raise global awareness about Hong Kong's fight for democratic reforms.