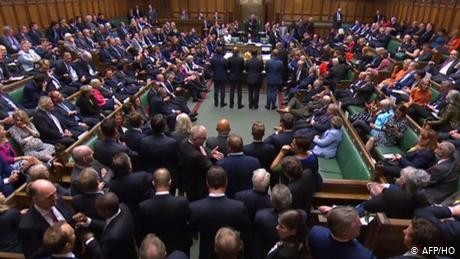 The move by British Prime Minister Boris Johnson to prorogue the UK Parliament was declared "unlawful" on Wednesday by Scotland's highest court of appeal.

The decision "was unlawful because it had the purpose of stymying parliament," a summary of the judgment said.

A UK government spokesman described the court decision as "disappointing" and said that they will appeal to the Supreme Court. He described the suspension as "legal and necessary."

"Huge thanks to all our supporters & our fantastic legal team who have achieved the historic ruling that #prorogation is #unlawful," Scottish National Party lawmaker Joanna Cherry said on Twitter.

"We are calling for Parliament to be recalled immediately," Cherry told Sky News after the verdict by Scotland's Inner Court of Session.

'Parliament is no longer prorogued'

Jo Maugham, a lawyer involved in the case, said an appeal to the Supreme Court, the highest judicial body in the United Kingdom, would begin on Tuesday.

"We believe that the effect of the decision is that parliament is no longer prorogued," he said following the court's decision. "I have never been able to contemplate the possibility that the law could be that our sovereign parliament might be treated as an inconvenience by the prime minister."

Parliament was suspended on Monday until October 14 in a move that many see as an attempt to prevent lawmakers from acting against Johnson's plans to leave the European Union without a Brexit agreement.

Last week a court in Edinburgh rejected the initial challenge, but this was overturned on Wednesday following an appeal.