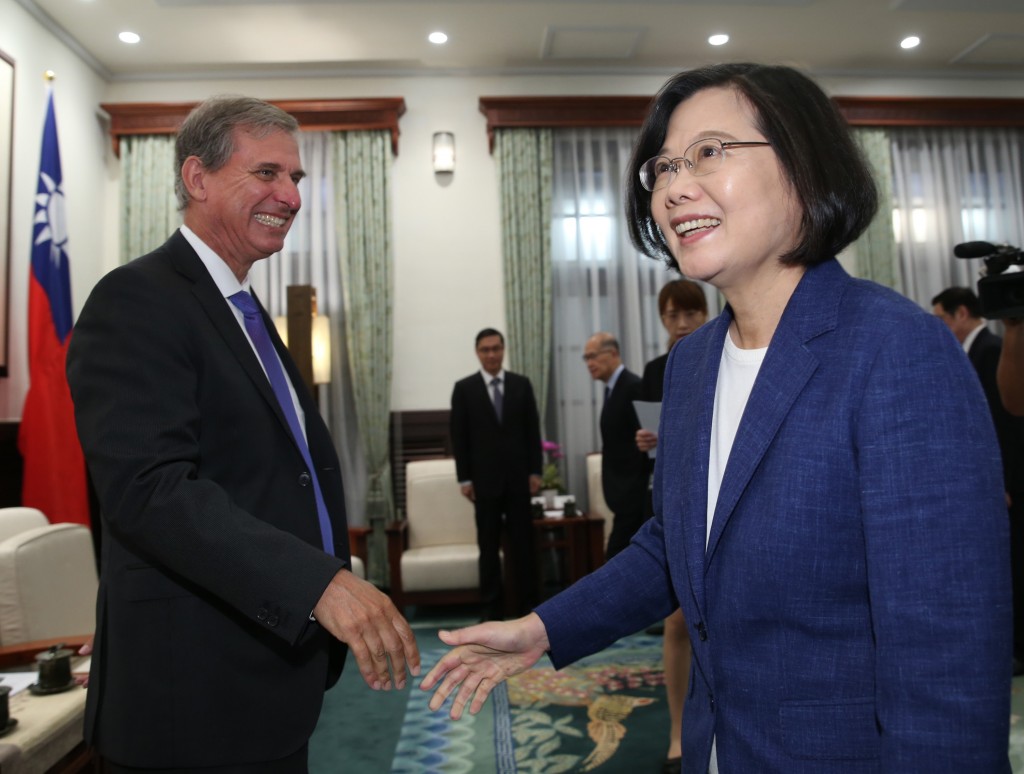 TAIPEI (Taiwan News) – President Tsai Ing-wen (蔡英文) told United States Deputy Assistant Secretary of State Scott Busby Wednesday (September 11) that she hoped a dialogue on democratic governance in the Indo-Pacific area could become a platform where Taiwan, the U.S. and other countries in the region could exchange ideas on a regular basis.

Busby, responsible for the State Department’s Bureau of Democracy, Human Rights and Labor, spoke at the opening of a workshop on defending democracy through media literacy in Taipei Tuesday (September 10), with Japan and Sweden as new participants. He was also attending the first edition of consultations about democratic governance in the Indo-Pacific region, and visited Tsai at the Presidential Office.

In her discussions with the U.S. official, the president emphasized the growing importance of cooperation between democracies facing new forms of fake news and potentially destabilizing interference, the Central News Agency reported.

Taiwan’s experience in democratic governance could teach important lessons to other countries in the Indo-Pacific area, with the cooperation with the U.S. contributing to peace and stability in the region, Tsai reportedly said.