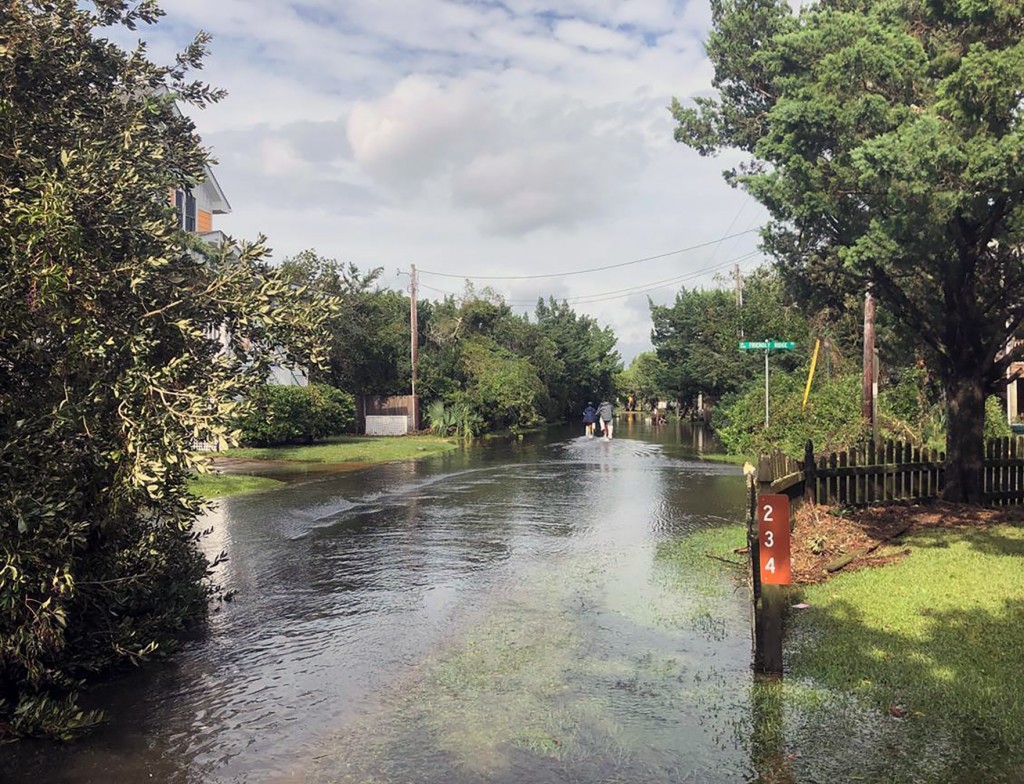 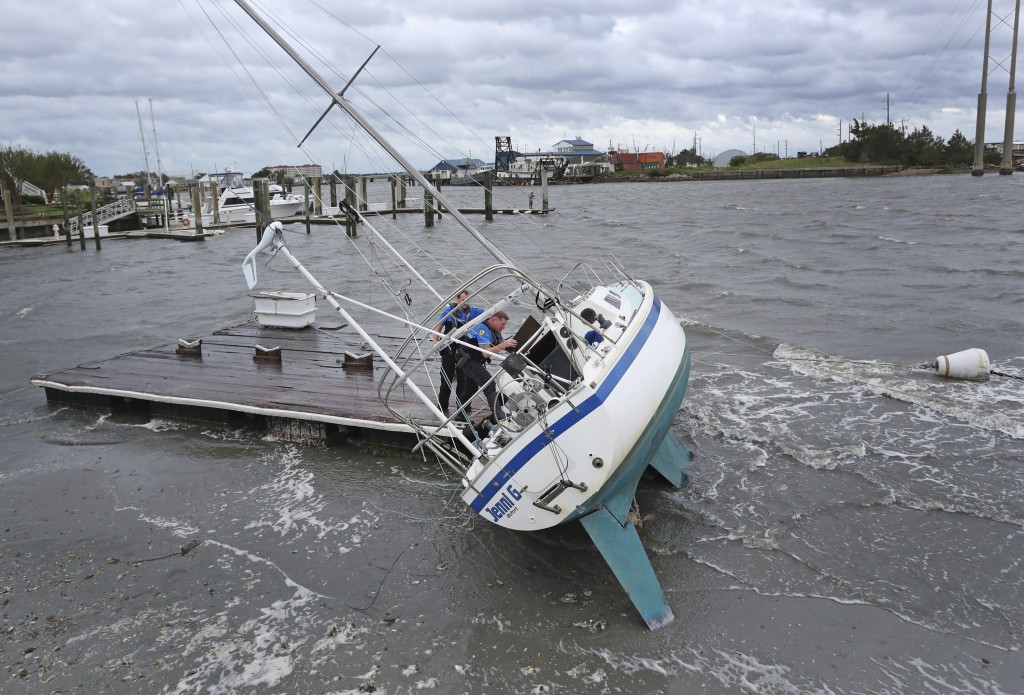 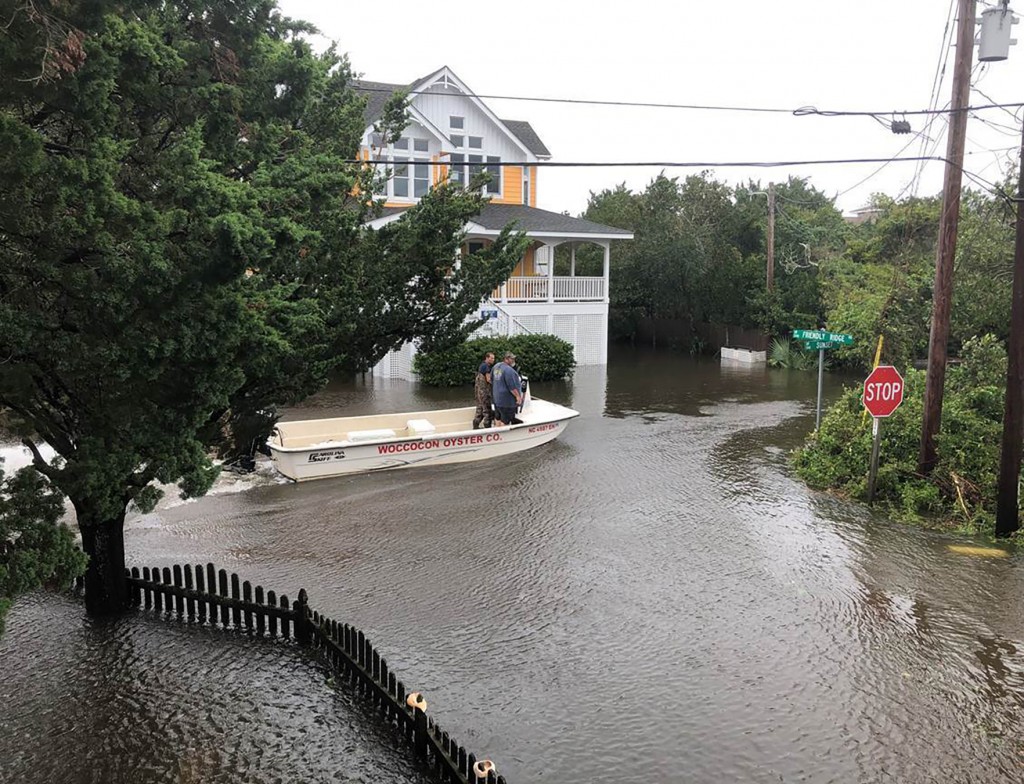 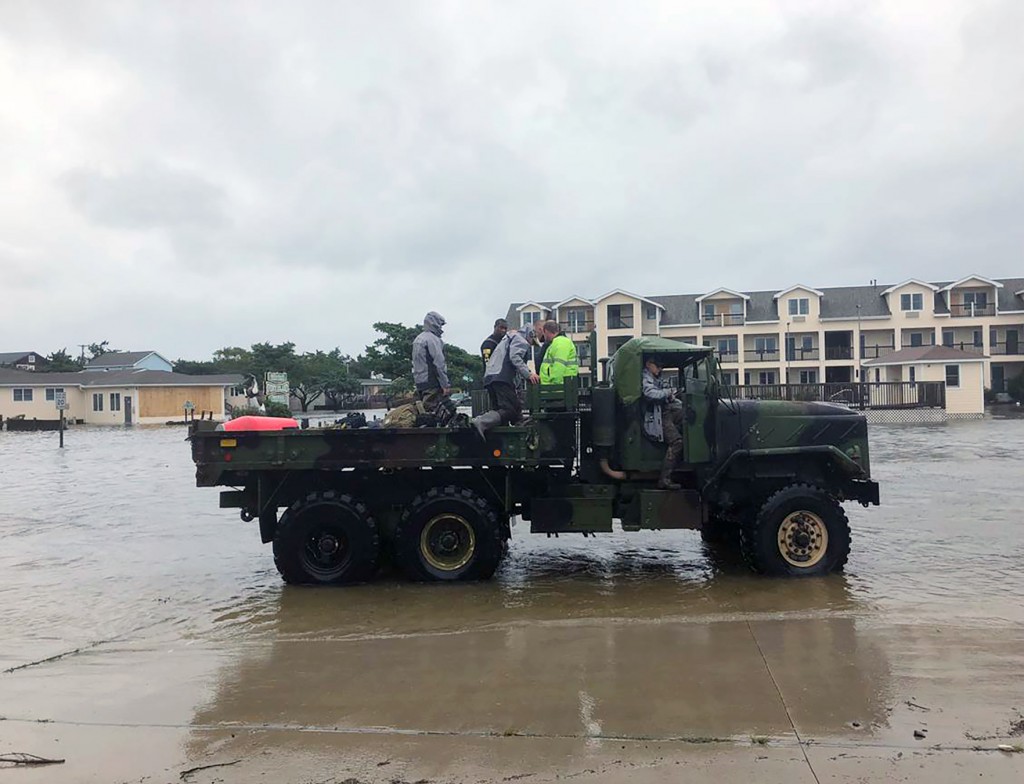 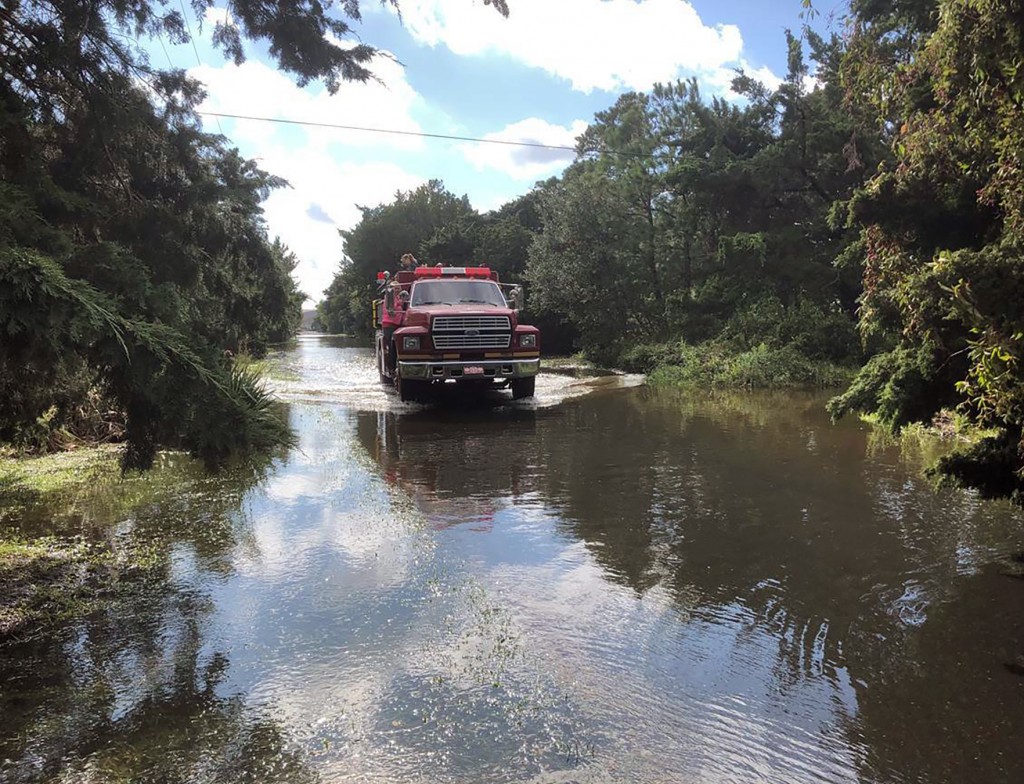 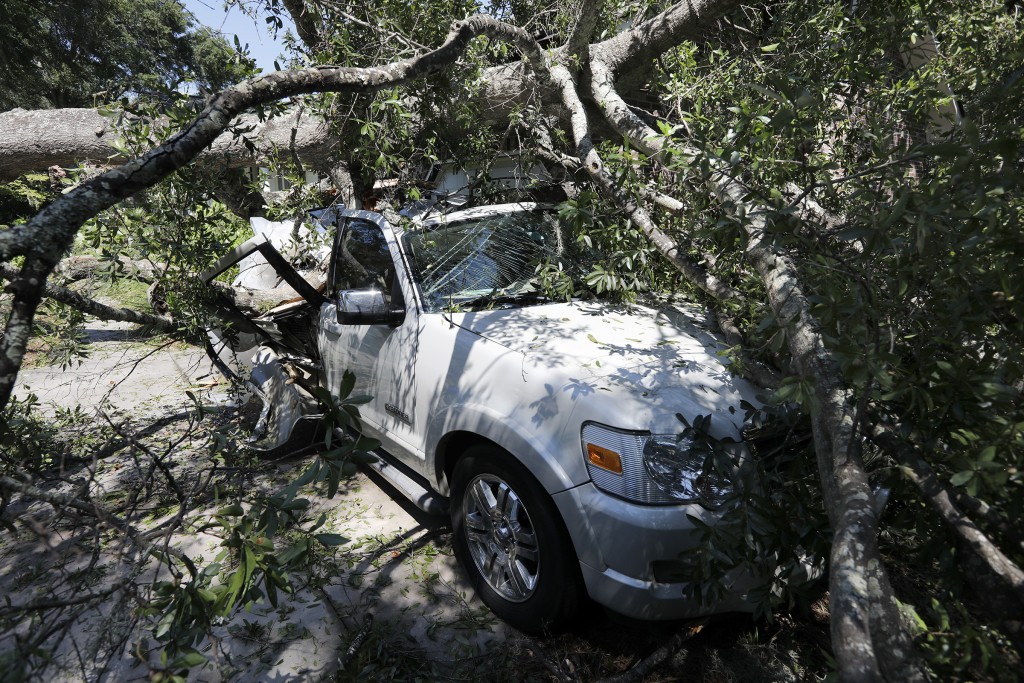 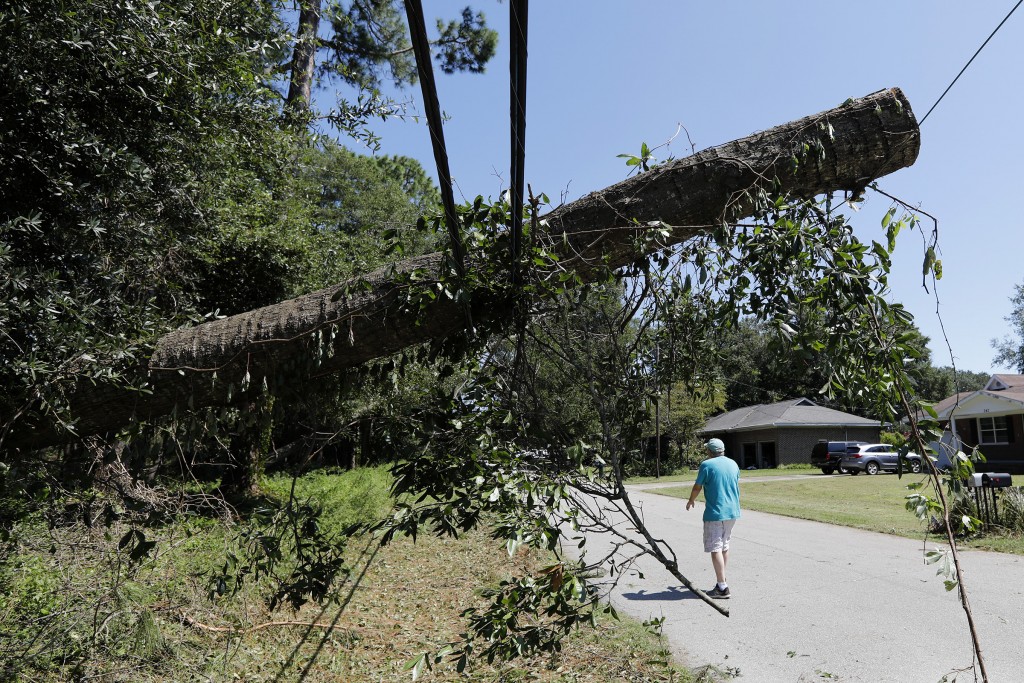 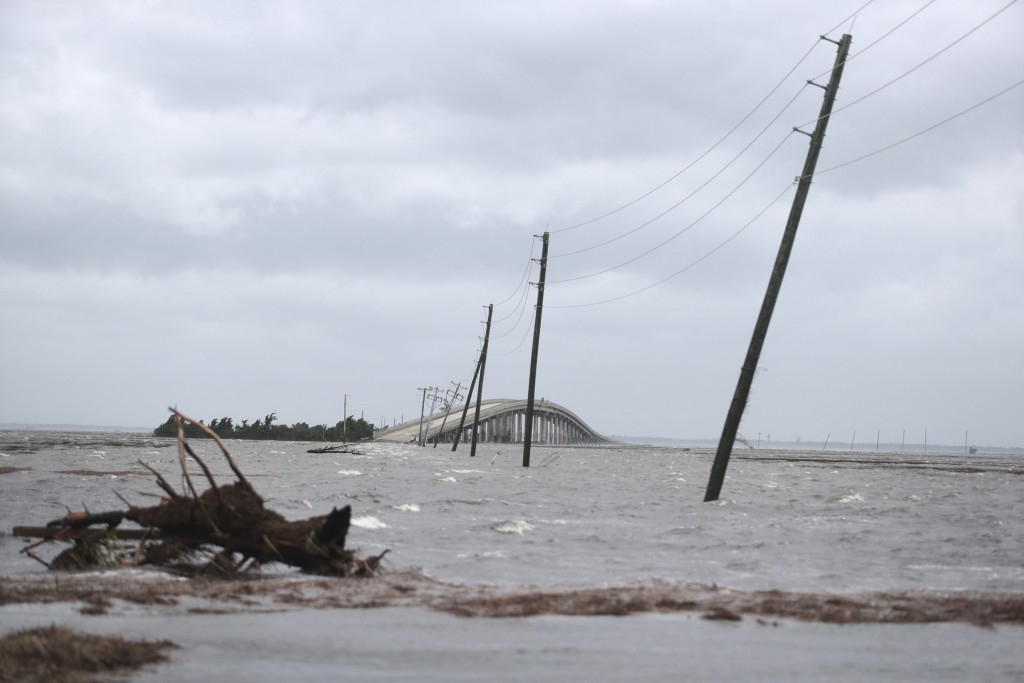 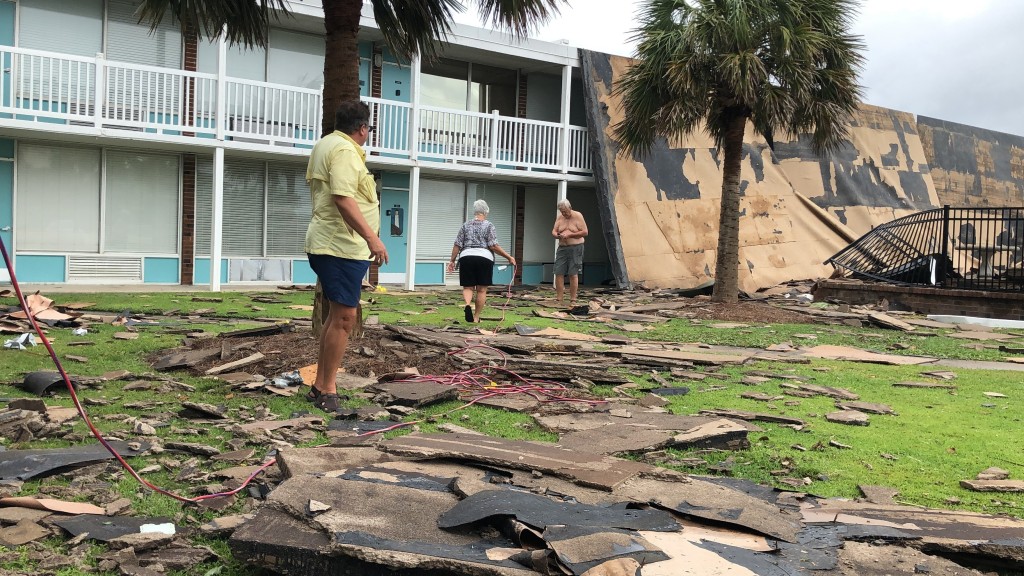 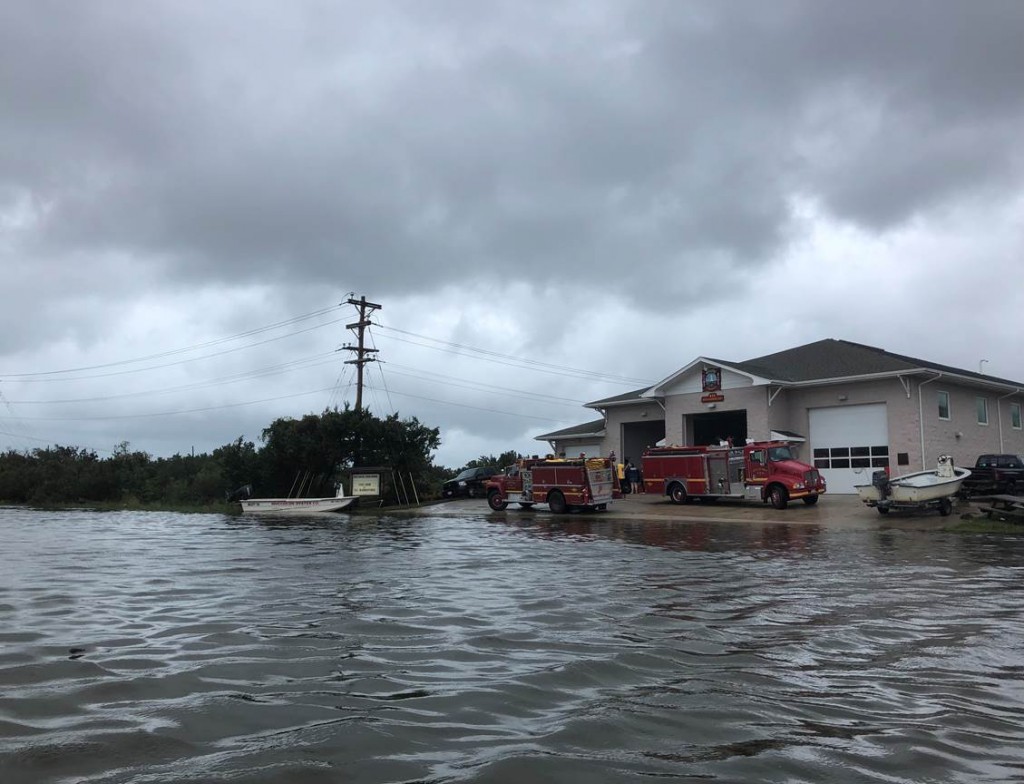 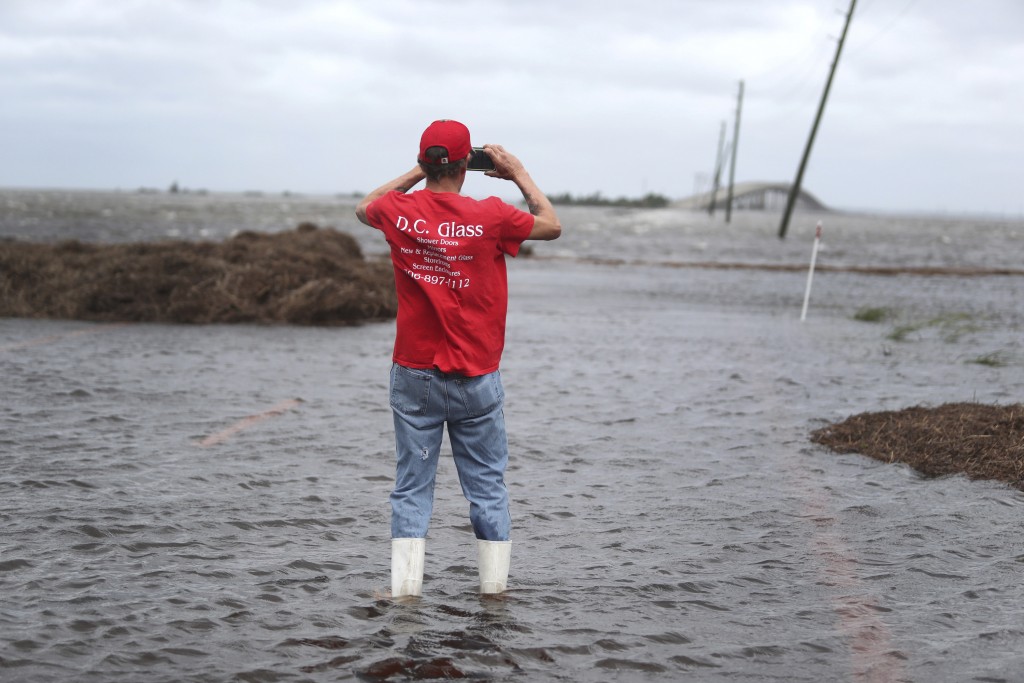 Steve Harris has lived on Ocracoke Island for most of the last 19 years. He's ridden out eight hurricanes, but he said he'd never seen a storm bring such devastation to his community, which is accessible only by boat or air and is popular with tourists for its undeveloped beaches.

"We just thought it was gonna be a normal blow," Harris, a semi-retired contractor, said Friday. "But the damage is going to be severe this time. This is flooding of biblical proportions."

Gov. Roy Cooper said about 800 people had remained on the island to wait out Dorian. The storm made landfall Friday morning over the Outer Banks as a far weaker storm than the monster that devastated the Bahamas. Yet despite having been downgraded to a Category 1 storm, it still sent seawater surging over neighborhoods, flooding the first floors of many homes.

"There is significant concern about hundreds of people trapped on Ocracoke Island," Cooper said.

Harris lost his car to the storm and his air conditioning is damaged, but he said he's blessed that his condominium is on the third floor and he is insured. Of the 11 units in his complex, seven had water in them, he said.

"It's just a strange picture," Harris said. "If you've been a regular guest down here for years, you can't imagine what we saw."

The U.S. Coast Guard began landing local law enforcement officers on the island Friday via helicopter and airlifting out the sick, elderly and others in distress, Hyde County authorities said. National Guard helicopters also flew in supplies and a rescue team.

By Friday evening, the governor said that officials were aware of no serious injuries on the Outer Banks from the storm. People in need of temporary housing were being taken to a shelter on the mainland, the governor said.

Connie Leinbach, who publishes the Ocracoke Observer newspaper, said sheriff's deputies and other rescue personnel performed at least two rescues from attics. She said the Coast Guard was also called in to help a man who was having problems with his oxygen.

"We've got a ton of water here. It's more than (Hurricane) Matthew," Leinbach said, comparing it to the damaging 2016 storm.

Dorian is expected to remain a hurricane as it sweeps up the Eastern Seaboard through Saturday. Hurricane-force winds are unlikely to pose any threat to land in the U.S., but parts of eastern Canada could see dangerous storm surge Saturday. A hurricane warning is in effect for parts of Nova Scotia.

At least four deaths in the Southeast were blamed on Dorian. All were men in Florida or North Carolina who died in falls or by electrocution while trimming trees, putting up storm shutters or otherwise getting ready for the hurricane.

As Dorian closed in, more than a quarter-million residents and visitors were ordered to evacuate the Outer Banks, which stick out from the Eastern Seaboard like the sideview mirror on a car. But many just tied down their boats, removed objects that could blow away from their yards, and hunkered down.

Dorian slammed the Bahamas at the start of the week with 185 mph (295 kph) winds, killing at least 43 people and obliterating countless homes. From there, it swept past Florida and Georgia, then sideswiped the Carolinas on Thursday, spinning off tornadoes that peeled away roofs and flipped recreational vehicles.

Still, the damage was far less than feared in many parts of the Carolinas, including historic Charleston, South Carolina, which is prone to flooding even from ordinary storms, and Wilmington, North Carolina, the state's biggest coastal city.

"Right now, it appears we've had no loss of life," Harris said of Ocracoke. "We're trying to make sure everybody is safe, but it's going to be a long recovery."

For more of AP's coverage of Hurricane Dorian, go to: https://apnews.com/Hurricanes