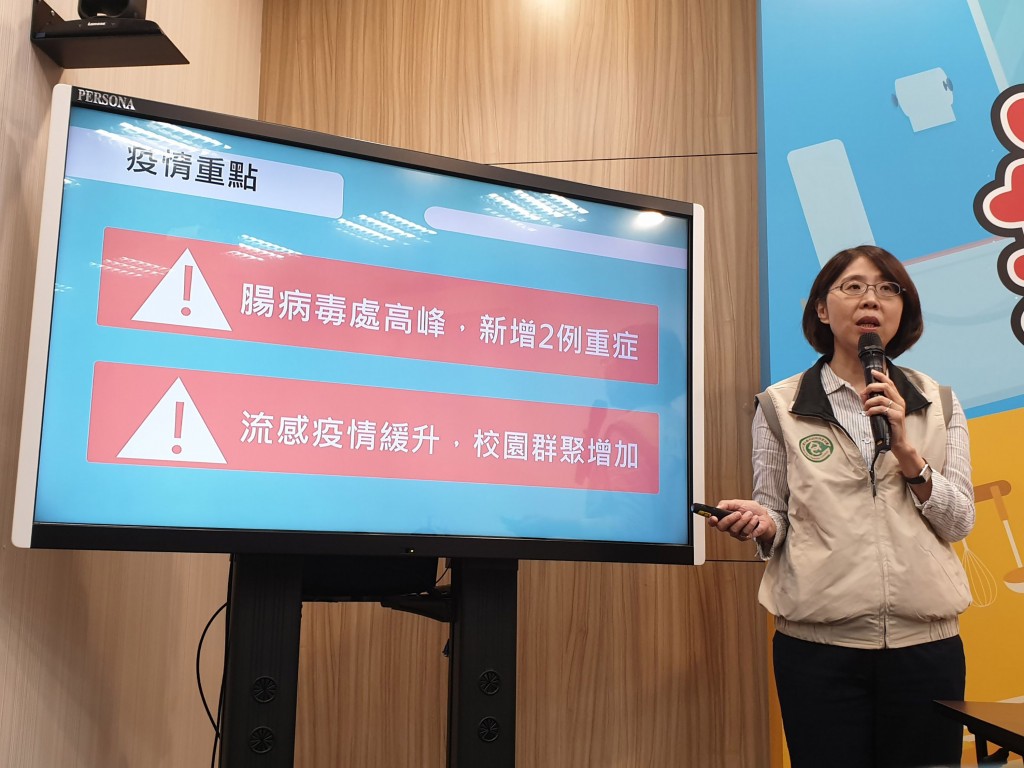 A total of 19,254 patients sought outpatient or emergency treatment at hospitals for enterovirus infection around the country, up 4 percent from the figure recorded the previous week and the highest over the same period in nearly five years, according to CDC data.

CDC physician Lin Yung-ching (林詠青) said there were two severe cases recorded last week, one of which involved an 8-month-old girl and the other a 4-year-old boy, both in central Taiwan.

The two children were reported in stable condition after treatment.

Some of the two patients' family members or classmates with whom they had had contact have also been confirmed as enterovirus cases and the CDC judged that the infection might have been spread through contact, Lin said.

Meanwhile, a total of 36 cases with severe complications have been recorded nationwide, including 27 EV-71 cases, according to CDC statistics.

EV71 is a neurological disease that attacks the nervous system and infants under the age of 5 are at highest risk of developing severe complications from this type of infection.

As Taiwan is still in the peak season for enterovirus infection, CDC Deputy Director-General Philip Lo (羅一鈞) urged the public to take precautions against the spread of the illness, especially among children.

Children infected with enterovirus should be kept away from school so as to prevent the spread of the disease, as enterovirus is highly contagious, Lo advised.