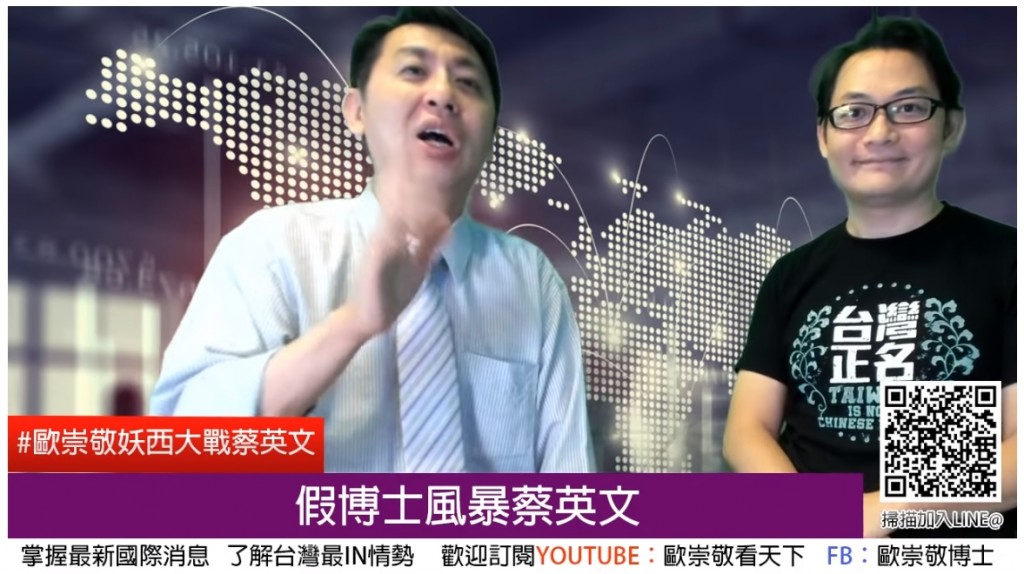 Ou, 42, is a professor, media personality and one of 12 decision-making committee members at the Formosa Alliance, a pro-Taiwan Independence party founded earlier this year.

The professor made the comments on a YouTube show he presented with youth activist Yoshi Liu (妖西), while adding that in a presidential debate, he would bring up the issue of President Tsai Ing-wen’s (蔡英文) Ph.D. again. Last week, the president filed a lawsuit against two academics who claim she never obtained her Ph. D. degree from the London School of Economics and Political Science (LSE).

While Ou might have spoken out as a joke, because the Formosa Alliance is a new movement, his presidential bid will face the same hurdles as any independent contender.

He will have to register with the Central Election Commission (CEC) by September 17, put up a NT$1 million deposit, and deliver 280,384 endorsements from the public by November 2. If he fails to reach half the required amount of signatures, he will lose his deposit.