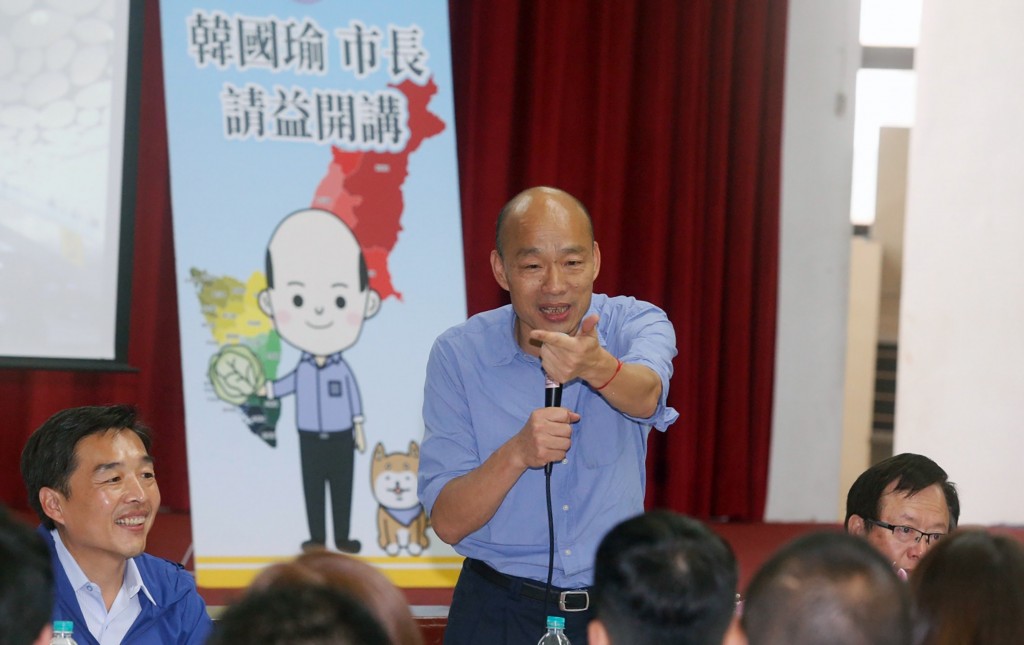 Another mayor sometimes mentioned as a presidential hopeful, Taipei City Mayor Ko Wen-je (柯文哲), ended up in 20th place, while the Democratic Progressive Party’s (DPP) Pingtung County Magistrate, Pan Men-an (潘孟安), surged to the top of the survey for the first time.

The annual poll was the first one since the KMT gained a landslide victory by winning 15 counties and cities in last November’s local elections, yet DPP mayors and magistrates occupied half of the top-10 spots, CommonWealth noted.

At the same time, the magazine also polled for voters’ intentions in the presidential election. If the election took place the following day, President Tsai Ing-wen (蔡英文) would win a two-way race with 45.9 percent of the vote, more than 11 percent ahead of Han’s 34.7 percent.

CommonWealth said that if Ko joined the race, Tsai would still win, with 31 percent against 26.8 percent for Ko and 26.4 percent for Han, but it didn’t include Foxconn Technology founder Terry Gou (郭台銘) in any surveys.

In the poll of local leaders, Pingtung County’s Pan was credited with organizing a successful Lantern Festival earlier this year, allowing him to topple Liu Cheng-ying (劉增應), the KMT chief of small Lienchiang County, better known as Matsu, who held the top spot for three consecutive years.