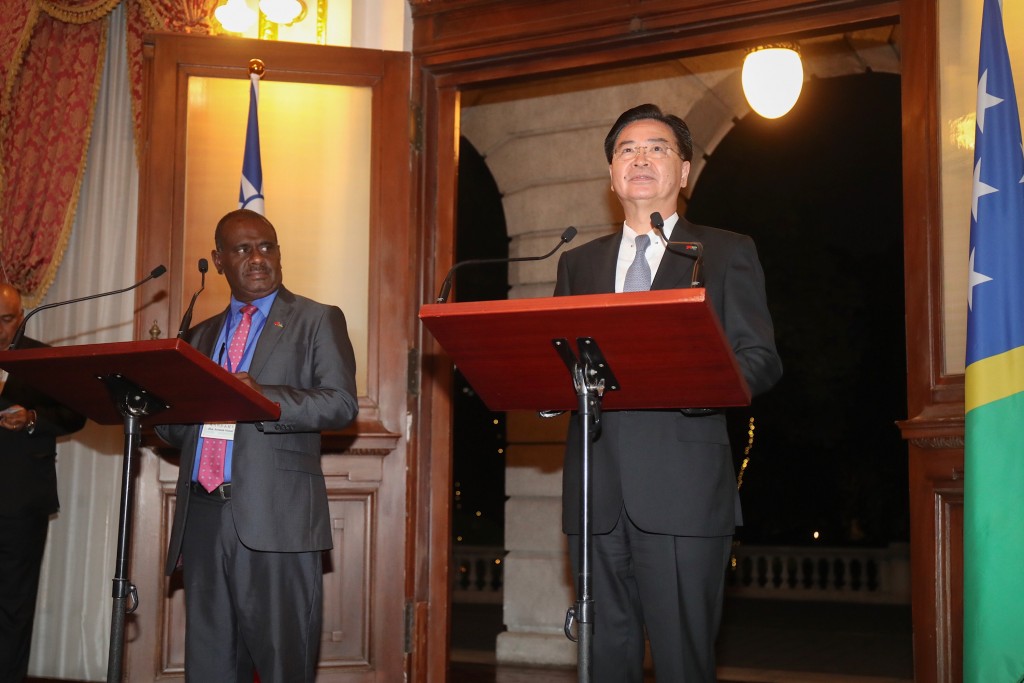 TAIPEI (Taiwan News) — In a move intended to quash rumors that the Solomon Islands is terminating its 36-year diplomatic ties with Taiwan, the foreign ministers of both countries held a press conference on Monday (Sept. 9) in Taipei.

Speculation that the Pacific archipelago would switch diplomatic recognition to China have been widespread since its prime minister, Manasseh Sogavare, returned to power in April. Earlier reports suggested that Sogavare would make the decision last week after a ministerial delegation visited Beijing.

“My government was elected into office this year and has undertaken the commitment to review Solomon Islands' foreign policy,” said Jeremiah Manele, foreign minister of the Solomon Islands, during the press conference. He said that a task force has been formed to look at all of the country's foreign relations missions from a “global posture.”

The government will be making its final decision, according to Solomons Deputy Foreign Minister Collin Beck. As of now, all bilateral projects between the two countries are being carried out normally and as planned, he added.

Manele is leading the delegation on a five-day trip to Taiwan that began Sunday (Sept. 8). The trip is focused on discussion about bilateral cooperation in agriculture, labor, and technology, according to the minister, who met with President Tsai Ing-wen (蔡英文) on Monday.

Manele’s visit to Taiwan, his sixth as a foreign minister, is significant in terms of deepening the partnership between the two countries, remarked Taiwanese Foreign Minister Joseph Wu (吳釗燮).

Enhancing bilateral ties is in the national interest of both Taiwan and the Solomon Islands, said Wu. It will also contribute to the stability of the Pacific region as preserved by such like-minded countries as the United States, Japan, Australia, and New Zealand, he added.

Taiwan’s Deputy Foreign Minister Hsu Szu-chien (徐斯儉) is planning to visit the Solomon Islands next week. Hsu emphasized that the trip was one of standard diplomacy, not a sign of problems in diplomatic relations.

The director of the American Institute in Taiwan, Brent Christensen, showed up shortly after the press conference. The director was invited to a banquet hosted by the foreign minister, according to the Ministry of Foreign Affairs (MOFA).

There are multiple common interests between Taiwan and the United States, said MOFA Spokesperson Joanne Ou (歐江安). She added that both countries exchange ideas regularly on various issues,