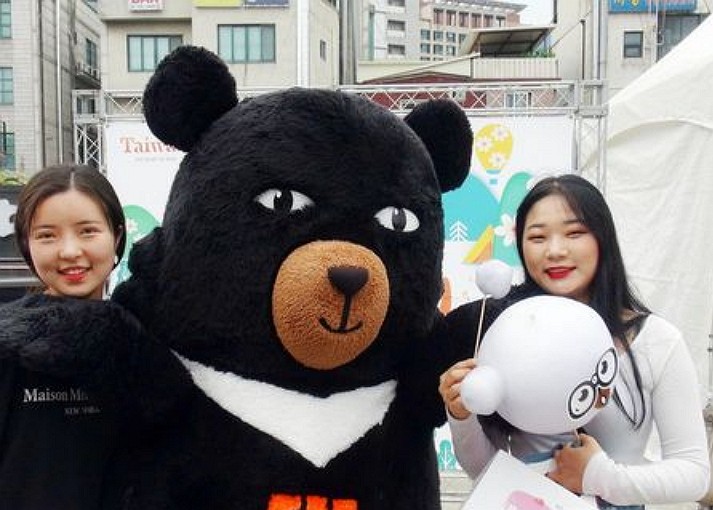 Taiwan's Tourism Bureau launched a marketing campaign in Seoul on Sunday with the primary goal of attracting visitors to small towns, particularly during the upcoming Mid-Autumn Festival.

The event was held under the bureau's 2019 tourism promotion theme "Small Town Ramble," which highlights the charm of dozens of small towns across Taiwan, according to Huang Yi-ping (黃怡平), head of the Taiwan Tourism Bureau office in Seoul.

Visitors to the tourism promotional campaign at Hongik University were given demonstrations of how to use augmented reality technology, including interactive maps, to obtain directions and information for travel in Taiwan.

The activities at the event also included fun games and sampling of Taiwan specialties like Kinmen Kaoliang liquor.

One of the visitors to the promotional event, South Korean Lee Dong-soon (李東順), said she had traveled to Taiwan many times, visiting Taipei, Taichung, Tainan, Kaohsiung, Kenting, Taitung, Green Island and Kinmen.

Taiwan is a beautiful and friendly country, Lee said, adding that she plans to make another trip for two weeks in November and will return to Kinmen, Taichung and Kaohsiung.

In 2018, the number of arrivals in Taiwan and South Korean by visitors from each country totaled 2.13 million, according to the Tourism Bureau office in Seoul.

In the period January to July this year, the number grew 9.35 percent year-on-year to 1.32 million, with arrivals from South Korea totaling 628,362, the office said.