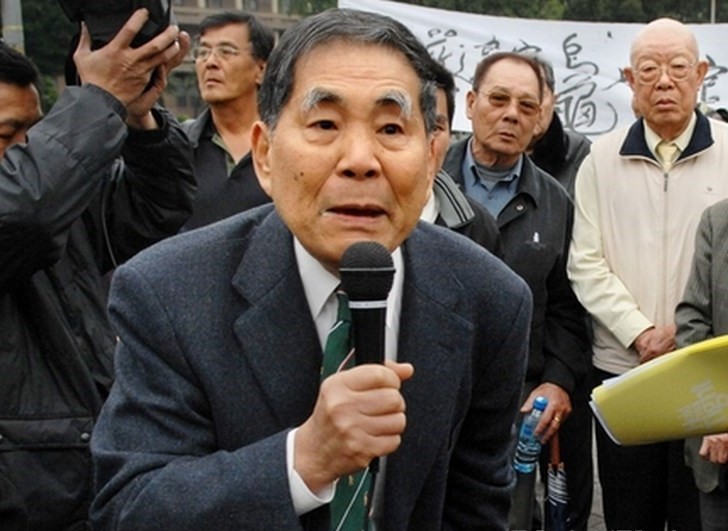 The Presidential Office on Monday expressed condolences over the death of Taiwan independence activist and former senior advisor to the president, Roger Hsieh (謝聰敏), who passed away at a New Taipei hospital on Sunday at the age of 85.

Hsieh was a role model in the fight for Taiwan democracy and was part of the effort to help Taiwan political prisoners escape the clutches of the authoritarian Kuomintang (KMT) regime in the 1970s and 80s, the Presidential Office said.

It lauded Hsieh's courage and contribution to the country in the pursuit of freedom and democracy, and expressed condolences at his passing.

Born in 1934, Hsieh co-drafted "A Declaration of Formosan Self-salvation" with his professor Peng Ming-min (彭明敏) and classmate Wei Ting-chao (魏廷朝) in 1964, when he was a graduate student at National Chengchi University.

The declaration was a manifesto that stated Taiwan and China were two separate nations and that Taiwan's future should be decided by its people.

Shortly after it was issued, Peng, Wei and Hsieh were arrested, and the latter was imprisoned for more than 11 years.

After his release, Hsieh went to the United States and during his seven years there helped many political prisoners in Taiwan flee the KMT regime.

He later returned to Taiwan and was elected as a legislator of the Democratic Progressive Party, serving two terms from 1992 to 1998.

During that period, Hsieh put forth a series of bills on compensation for victims of the White Terror era, like himself, and the bills were passed in 1998.

In December 2018, Hsieh was exonerated by the Transitional Justice Commission.

The White Terror era was a period of political persecution in Taiwan that lasted from 1949 to 1987 during the KMT's governance.