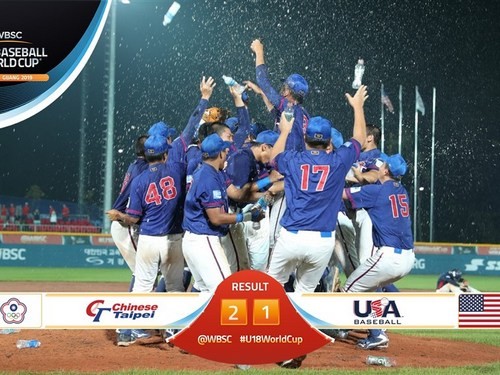 Taiwan won the WBSC U-18 Baseball World Cup championship in Busan, South Korea Sunday, after defeating the United States 2-1 in the final.

This marked Taiwan's third championship and ended America's run of four consecutive titles over the past 8 years.

Last time Taiwan won the title was in 2010. Taiwan claimed its first U-18 baseball championship in 1983.

The 2019 edition, hosted by South Korea at the Gijang Hyundai Dream Ballpark in Busan, concluded Sunday.