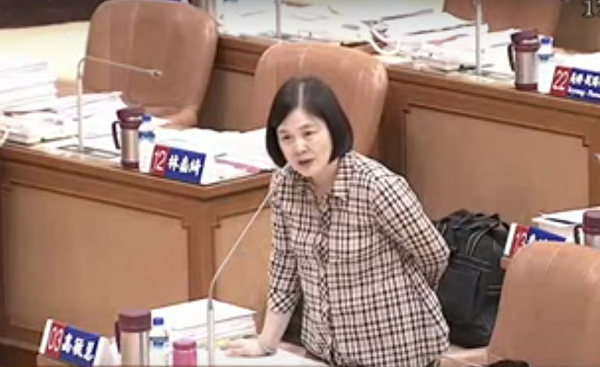 TAIPEI (Taiwan News) – A New Taipei City Council member Kao Min-hui (高敏慧) was arrested in the early morning on Sunday (Sept. 8) and charged with abusing her position and misuse of public funds.

Kao, along with an assistant surnamed Huang (黃), were both arrested Sunday by the New Taipei District Prosecutors Office on corruption charges. The arrest follows a meeting with investigators on Sept. 6 in which Kao may have unintentionally confessed to fraudulent use of public funds for personal gain, reports CNA.

Following her meeting with investigators on Sept. 6, Kao was apparently not anticipating her arrest over the weekend, as she claimed to have done nothing illegal. However, Saturday (Sept. 7) night prosecutors suddenly opened a criminal case against the council member, arresting her several hours later at her residence.

LTN reports that investigators built a case against the lawmaker via interviews with 11 accomplices and witnesses. In addition to Kao and Huang, several others have also been implicated in the case and may also face charges.

UDN explains that Kao has access to a city fund for hiring assistants or consultants for work related to government affairs which could provide as much as NT$240,000 (US$7,700) a month. Kao allegedly used this fund for personal expenses and may have misreported the amount paid out to assistants over the past year.

Kao, who is 53 years old, is a member of the Democratic Progressive Party (DPP). Upon her arrest, she claimed that she was being framed ahead of next year’s election, in which she was planning to run for a seat of Taiwan’s Council of Agriculture, reports UDN. She has been expelled from her position on the New Taipei City Council and banned from returning to City Hall, reports CNA.