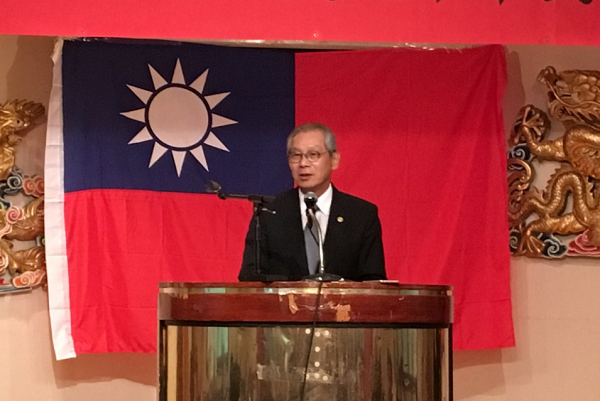 The United States and other like-minded countries have always been keeping a close watch on Taiwan's relations with all of its diplomatic allies, because such ties are in the interests of maintaining regional stability, Taiwan's top representative to the U.S. said Saturday.

Stanley Kao (高碩泰) told reporters that it is the responsibility for all Taiwanese diplomats stationed overseas to maintain close and cordial interactions with the country they are posted in, when asked to comment on the months-long speculation that one of Taiwan's 17 remaining allies, the Solomon Islands, could soon switch its political allegiance to China.

Kao said that according to his understanding, the U.S. and other like-minded countries are also paying close attention to Taiwan's relations with all of its diplomatic allies.

They are doing this because it is in the best interests of the region for Taiwan to continue to maintain strong and stable diplomatic relations with its 17 allies, he said, adding that his office and Washington have been keeping close contact over the issue. He did not further elaborate.

Taiwan's Pacific ally the Solomon Islands had formed a task force charged with evaluating the Taiwan ties after a general election in April, when the new leadership under Prime Minister Manasseh Sogavare said it would reevaluate the country's bilateral relations with Taiwan during its first 100 days in office.

The decision has led to months-long speculations that the country could soon switch its diplomatic recognition from Taipei to Beijing.

Meanwhile, commenting on the U.S.' possible role in helping Taiwan participate in world bodies under the United Nations, Kao said it has always been Washington's stance to support Taiwan's meaningful participation in international organizations so that it can contribute its specialties in the areas of humanitarian assistance, natural disaster prevention, health and aviation safety, among others.

Kao's comments came against the backdrop of an upcoming International Civil Aviation Organization (ICAO) General Assembly to be held from Sept. 24 to Oct. 4 in the ICAO headquarters in Montreal, Canada.

Taiwan has been hoping to join the assembly as an observer for years, but has not been able to, due to Beijing's obstruction.

Kao made the above remarks on the sidelines of a Taiwan-organized road-running event held in Washington D.C. Saturday to mark the 40th anniversary of the Taiwan Relations Act (TRA).

Titled the Taiwan RunFest, jointly organized by the Taipei Economic and Cultural Representative Office (TECRO) and local DC Running Club, the event was meant to signify that Taiwan-U.S. relations will continue to move forward in leaps and bounds, according to a press statement released by the TECRO, the de facto Taiwan embassy in the U.S. in the absence of formal diplomatic ties.

The Taiwan RunFest held at Anacostia Park along the Potomac River attracted around 500 runners to participate, according to the TECRO.

Apart from Kao and TECRO staff, other participants included John Norris Jr., managing director of the American Institute in Taiwan (AIT), it added.

The TRA was signed in April 1979 by then U.S. President Jimmy Carter, a few months after the U.S. switched diplomatic recognition from Taipei to Beijing.

The AIT was launched in 1979 to serve as the de facto U.S. embassy in Taiwan in the absence of diplomatic ties.

The TRA provides a legal basis for unofficial relations between the U.S. and Taiwan and enshrines in law the U.S.' commitment to helping Taiwan maintain its self-defense capability. 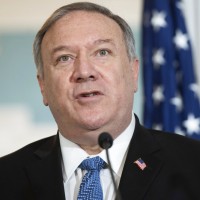