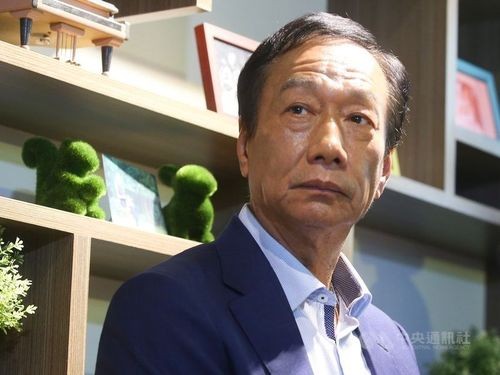 As independent candidates have to make their intentions clear by September 17, pressure has been mounting on the tycoon to announce a decision. Gou is officially still a member of the main opposition Kuomintang (KMT), but has reportedly been hoping the party would dump its official candidate, Kaohsiung City Mayor Han Kuo-yu (韓國瑜), due to a series of gaffes and a slide in the opinion polls, and replace him with Gou.

The Sankei Shimbun reported that the business leader had made clear his strong willingness to run, and had also described himself as being on a good footing with all major powers.

Gou told the Japanese reporters in Taipei that he “knew Japan” while also being seen as trustworthy by China. Foxconn Technology took over Japanese brand Sharp when Gou was still chairman, and the Taiwanese company also runs massive factories in China turning out electronic products for a range of brands, most notably Apple Inc.

According to the Sankei Shimbun, the interview was the first time Gou clearly said he wanted to run for president since he lost the KMT primaries to Han last July.

He reportedly described Taiwan and China as “two separate political entities” (兩個獨立的政治實體), with China trusting him not to declare Taiwan Independence but to improve cross-strait relations, the Central News Agency reported.

Gou reportedly said that of the three presidential contenders, including President Tsai Ing-wen (蔡英文), he was the one who understood Japan the best.

The Jiji news service reported him as saying he was “continuing to prepare moving in the direction of participating in the election.”

There have been signs Gou might cooperate with Taipei City Mayor Ko Wen-je (柯文哲), who founded the Taiwan People’s Party last month but is now no longer believed to prepare a run for president.

The businessman denied reports he might let the small People First Party nominate him as its presidential candidate, which would save him the trouble of having to collect 280,000 endorsements from the public.