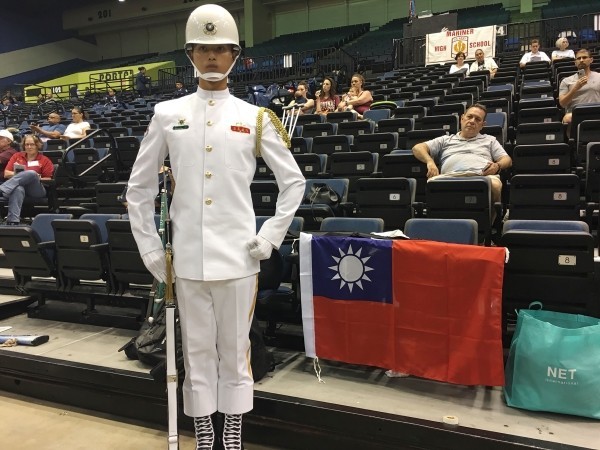 Expanded participation by Taiwanese military honor guards at the event should also put the country in the spotlight, emphasizing yet another breakthrough in Taiwan-United States military relations, the Central News Agency reported.

After performances by Navy and Air Force honor guards at the 2018 and 2019 WDC, the Ministry of National Defense planned to send a 10-member team to next year’s event in Miami, Florida. The group would include seven honor guards, a trainer, a guide and an interpreter.

Exchanges with teams from other countries would help the Taiwanese honor guards with the development of their careers, while also strengthening the nation’s international visibility, officials said, asking for support from the domestic public.

While the activity was not official, the Ministry of National Defense said it was happy to see Taiwan’s international profile raised, CNA reported.

Last year, a Navy honor guard was the first officer ever to compete in a Taiwanese military uniform at the WDC, winning a special performance award.