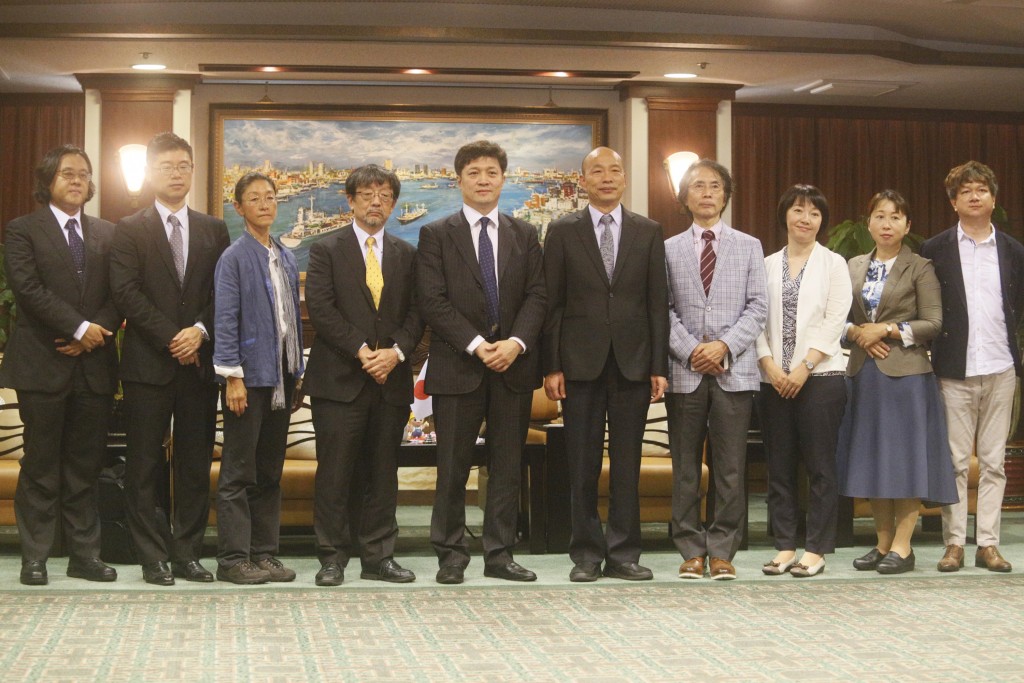 TAIPEI (Taiwan News) — Comments by Kuomintang (KMT) presidential nominee Han Kuo-yu (韓國瑜) about his meeting with Japanese scholars on Friday (Sept. 6) were refuted by the convener of the group and led to a public outcry on social media.

“I find it hard to comprehend the behaviors of Mayor Han and his team,” wrote Yasuhiro Matsuda, a professor at the University of Tokyo, via Facebook. The post is intended to “clarify the truth,” he added.

Multiple reports have quoted the Kaohsiung mayor and presidential candidate as saying he was not late for the meeting with the Japanese delegation this morning, as his apparent lack of punctuality has attracted criticisms against him. “I waited for the Japanese for 25 minutes,” emphasized Han after the meeting, adding, “it’s okay, we would like to show an understanding for the guests.”

However, it appears that the Japanese delegation only realized the location of their meeting with Han had been changed when they nearly arrived at the assumed destination. The contact from Han’s camp informed the delegation on Thursday (Sept. 5) that Friday’s meeting would take place at the Fengshan Administration Center at 11:20 a.m., said Matsuda.

When they reached Fengshan District, they were then told that the meeting would actually be held at the Sihwei Administration Center in Lingya District, Matsuda said. He added that eventually the group arrived at the meeting place at 11:36, about a quarter of an hour late for the meeting.

The mayor was well aware of a lack of clarity in the communication between the two sides, as he even apologized to the delegation for the mishap, Matsuda said. Still, he said it was a pleasure to meet with Han, “we were very grateful that Mayor Han made the time out of his busy schedule.”

Matsuda’s statement has since drawn thousands of comments from Taiwanese netizens, who made an apology to the scholar on behalf of Han.

The Kaohsiung City government later issued a statement, apologizing for the negligence on the part of an independent contact responsible for the communication between the delegation and the city government. “The delay of the meeting schedule had nothing to do with the Japanese delegation. The guests were not late, and the mayor was not aware of it [the negligence],” the statement said.