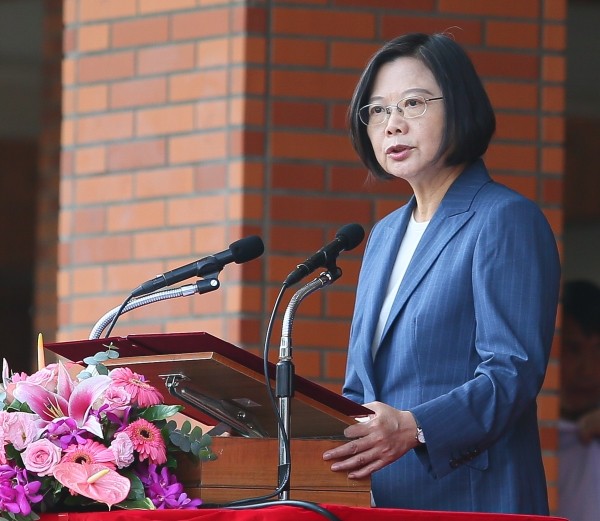 At a Chunghwa Post event in Taipei on Thursday (Sept. 5), Tsai said that the National Immigration Agency (NIA) has clarified that it is not the responsibility of the Ministry of Finance's Customs Administration to screen for illegal visitors. In reference to Han's warning against visitors who come to "cause trouble," Tsai said, "All friends who come to Taiwan, regardless of whether they came a long time ago or recently, should not be discriminated against," reported ETtoday.

Then, in a direct jab at Han's "chickens" comment, Tsai said, "Elected political figures should avoid using erroneous and stereotypical statements to single out immigrants and migrants who participate in Taiwan's society."

During a livestreamed Facebook video discussion about policies on Aug. 29, Han touched on the topic of Taiwan's brain drain. In the video, Han described the flight of Taiwanese talent and the arrival of migrant workers as "phoenixes flying away and a bunch of chickens coming in!" (鳳凰都飛走了，進來一大堆雞！), insulting many in the immigrant community.

On Aug. 30, Tsai said, "We are grateful to new immigrants and the contributions of migrant workers to Taiwan." She added, "We hope that everyone works to eliminate discrimination against them in Taiwanese society.”

On Wednesday (Sept. 4), Han conceded that when he said, "phoenixes flying away and a bunch of chickens coming in," it sparked a huge uproar and immense confusion. He said that he was grateful to all those new immigrants who came to Taiwan to work legally, "But, as for those who come here illegally and enter the country to cause trouble, this is absolutely unacceptable."