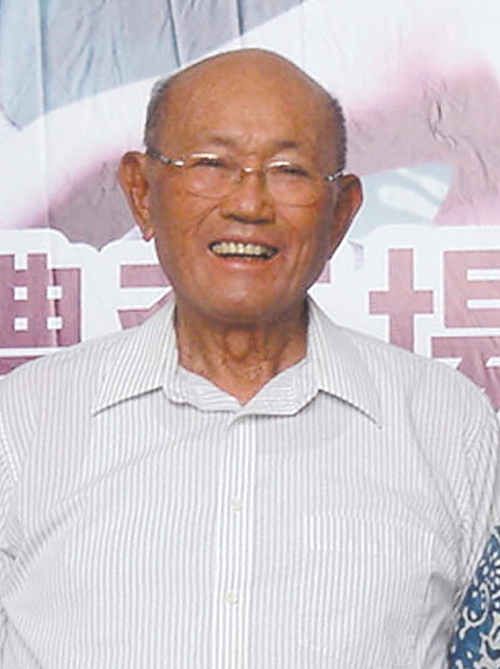 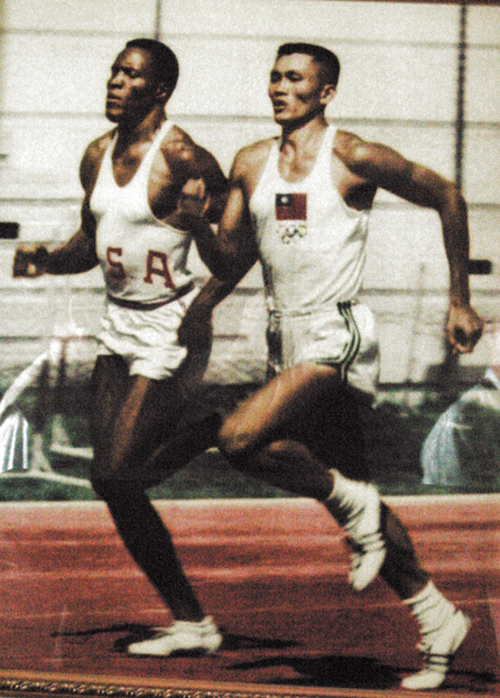 Asian Iron Man Yang Chuan-kwang(楊傳廣), who won the silver medal in the decathlon at the 1960 Rome Olympics to become Taiwan's first Olympic medalist, died of a brain hemorrhage at his home in California at 5:30 in the evening local time on Saturday. He was 73 and is survived by his wife and two sons.
Another Taiwan Olympic medalist Chi Cheng, who won the bronze medal in the women's 80 meters low hurdle at the Mexico Olympics in 1968, said Yang's passing away is a sad loss to Chinese around the world. Chi, who also competed in the Rome Olympics, said she had known Yang for 50 years, since she was 16. She said that Yang's greatest regret was his not winning an Olympic gold medal in his athletic career.
Yang, a member of the Ami aboriginal tribe, was born in 1933 to a family of athletes in Taitung. Both his parents competed in track and field. Yang first showed his talent by winning the high jump gold medal at an all high school athletic meet in Taiwan. While studying at a military school, he jumped 7.32 meters to win a gold medal in an annual military sports event.
It is said that Yang's talent for the decathlon was discovered by accident when he was training for the 1954 Asian Games in Manila. Yang was initially trained as a high jump athlete, but at a track competition that was held for cross training, he put in a brilliant performance. Consequently, a coach arranged for him to be tested in events other than the high jump and the long jump, finding him to be excellent at pole vault and other items. Yang was, therefore, asked to change course and compete in the decathlon in the Asian Games. By this twist of fate he embarked on a career as a decathlete, quickly becoming the most internationally famous person in Taiwan's sports history.
Taking the gold
After only training for two months for the decathlon competition, Yang captured the gold medal with 5,454 points in the Manila Asian Games in 1954. Filipino local newspapers called him "Asian Iron Man," which became Yang's alias for the rest of his life. Four years later, Yang successfully defended his title at the third Asian Games at Tokyo with a score of 7,101 points, the records of which had not been broken until recent years.
After his marvelous decathlon performances at the two Asian Games, Yang was sent to the UCLA to study and receive further training, during which time he trained with the American decathlon champion Rafer Johnson.
In the 1960 Olympics, Yang and his classmate Johnson staged one of the most stirring decathlon duels. Yang was 55 points behind Johnson upon completion of the first five events of the first day. On the second day, Yang closed in on Johnson, trailing only 24 points after the pole vault. The ninth competition of javelin slightly increased Johnson's advantage to leading 67 points before the final showdown of the 1,500-meter run. There was a good possibility for Yang to come out ahead because he was usually a better 1,500 meters runner than Johnson. However, Johnson gave all he could to make sure that he tagged closely behind Yang. In the end, Johnson was only one second behind Yang at the finish line, but both broke their own records in the running. Yang, lost by a hair-splitting 58 points, won the silver medal in decathlon, which was also the first Olympic medal for Taiwan and one of the most important landmarks in Taiwan's sporting history.
In 1963, Yang, a senior Physical Education student at UCLA, wiped out the old Decathlon record in a meet at Walnut, California. In chalking up 9,121 points, the amazing Yang won five events and added other points with fine performances in the other five. His total of 9,121 points smashed Johnson's three-year-old world decathlon record by 438 points. In the pole vault, Yang vaulted 15 feet, ten and a half inches, enough to earn him 1,515 points on the decathlon scale - the maximum allowed. He became the first person in the world to have gotten more than 9,000 points from a decathlon event. It is said that the decathlon scoring rules underwent a change because of Yang's breaking the limit.
In the 1964 Tokyo Olympic Games, Yang, who was highly expected to win the decathlon gold medal because of his record-breaking performance just a year earlier. However he had a disappointing showing and finished down in fifth place. Yang faded out of the field and track events after the Olympics.
Political career
Taking on a political career, Yang was called on by the then ruling Kuomintang to serve as a legislator in 1983. He was not nominated for a second term, which depressed him. However, he made another political bid by running for the post of Taitung County magistrate, which was not supported by the KMT and he was expelled from the party as a consequence. Insisting on running, Yang switched his party affiliation to answer the Democratic Progressive Party's call to run for the same post, but was beaten in the poll.
Yang had been living with his wife and sons in the United States until he came back to Taiwan to begin a coaching career in 1968. Yang had since shuttled between the U.S. and Taiwan for many years. In 2000 he was diagnosed with hepatitis B which was further complicated by cirrhosis of the liver and liver cancer, and had been undergoing treatments for the deadly diseases.
In his later years Yang was reported to have become a psychic in his Taitung hometown.