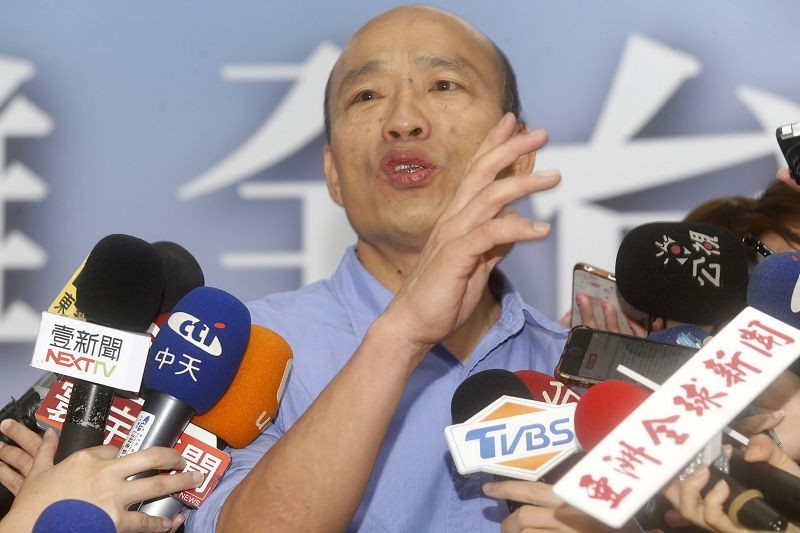 During a livestream Facebook video discussion about policies on Aug. 29, Han touched on the topic of Taiwan's brain drain. In the video, Han described the flight of Taiwanese talent and the arrival of migrant workers as "phoenixes flying away and a bunch of chickens coming in!" (鳳凰都飛走了，進來一大堆雞！)

Han stated that Taiwan's talent was flowing out of the country, only to be replaced by migrant blue-collar workers and used the "phoenixes" and "chickens" analogy. Former Minister without Portfolio Joyce Yen Feng, immediately took exception to the comment and admonished Han by saying, "Don't speak in this way, it's discriminatory! Migrant workers are also people."

Han then responded by saying, "The example I used was not very good. Please forgive me everyone." Han then asked, "Why should senior talent stay in Taiwan?"

Han later explained that he wants to "build a nest to attract all the phoenixes to come back." However, he said that because his zodiac is the Year of the Rooster, he inadvertently blurted out "chicken," which he imagined as coming in one-by-one, "and all I want is for Phoenixes to do the same."

After his "chicken" comment immediately sparked a wave of outrage among the migrant worker community, Han spoke to a group of new immigrants from Vietnam, Indonesia, and China living in Kaohsiung. He tried to strike a conciliatory tone and said: "everyone is one family."

Democratic Progressive Party (DPP) spokeswoman Hsueh Cheng-yi (薛呈懿) said that this was not the first time that Han has discriminated against migrant workers. He had previously used the term "Marias" to refer to Filipinos working in Taiwan.

In response to Han's comments, President Tsai Ing-wen (蔡英文) said on Aug. 30, "We are grateful to new immigrants and the contributions of migrant workers to Taiwan." She added, "We hope that everyone works to eliminate discrimination against them in Taiwanese society.”

DPP Taoyuan Mayor Cheng Wen-tsan (鄭文燦), said, "I don't think a presidential nominee should have these kinds of slips of the tongue. There are many foreign embassies really concerned about this kind of thing." He then called on Han to issue a formal apology for the "blunder."