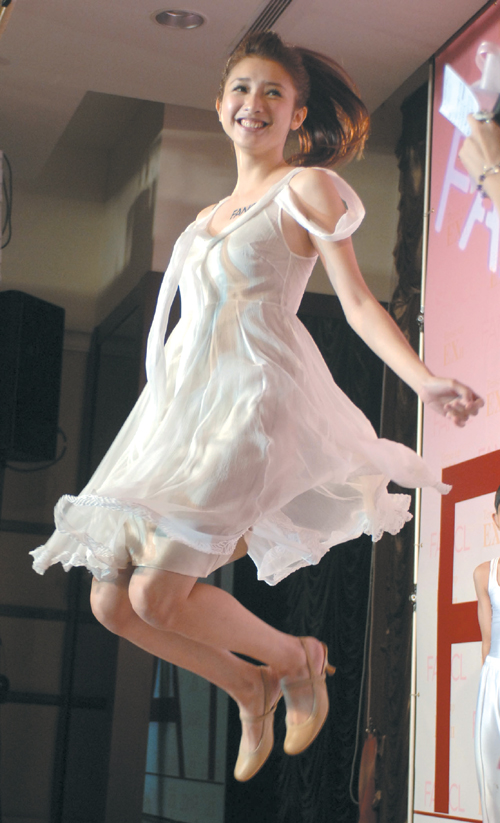 Taiwanese actress Hsu Wei-lun (許瑋倫) passed away yesterday, 43 hours after she was admitted into the Cheng Ching Hospital following a car crash, doctors said.
Hsu, 28, suffered excessive trauma to the head from a car accident late Friday night, causing cerebral hemorrhage and swelling.
Doctors said Hsu's condition worsened at 5:09 p.m. last night. The severely injured actress went into cardiac arrest, and doctors were unable to revive her even after more than two hours of emergency treatment. She passed away at 7:37 p.m., the hospital said.
Hsu entered showbusiness five years ago, impressing critics by taking on challenging roles in various TV dramas over the years. She won the best supporting actress from the Golden Bell Award in her first year in the entertainment industry.
Hospital spokesperson Wu Chien-chi said Hsu's pupil remained dilated and her cerebral pressure high despite doctors' efforts in the past two days to reduce the pressure from the excessive accumulation of water in the brain.
The actress' family and friends stayed close to Hsu while the actress fought to live. Sources close to the family said Hsu's mother cried outside the room and said she was willing to give away 30 years of her life in exchange for her daughter's recovery. Meanwhile, Hsu's father went to Pingtung to conduct a blessing ceremony in the hope of extending his daughter's life.
Local entertainers urged the general public to pray for the injured Hsu.
Newspapers reported that Hsu's assistant, surnamed Lin, who was the driver of the vehicle, suffered an emotional meltdown and a minor injury, and was unable to go through an investigation.
Late Friday night, the car that Hsu and Lin were riding in crashed into a guard rail on the National Expressway No.1. The vehicle skidded and came to a halt between the freeway shoulder and outermost lane, but moments later it was hit by a truck from behind. The National Highway Police Bureau has yet to confirm that Lin was indeed the driver in the car accident, but said it needs more time to investigate and to clear the suspicious points of the case.