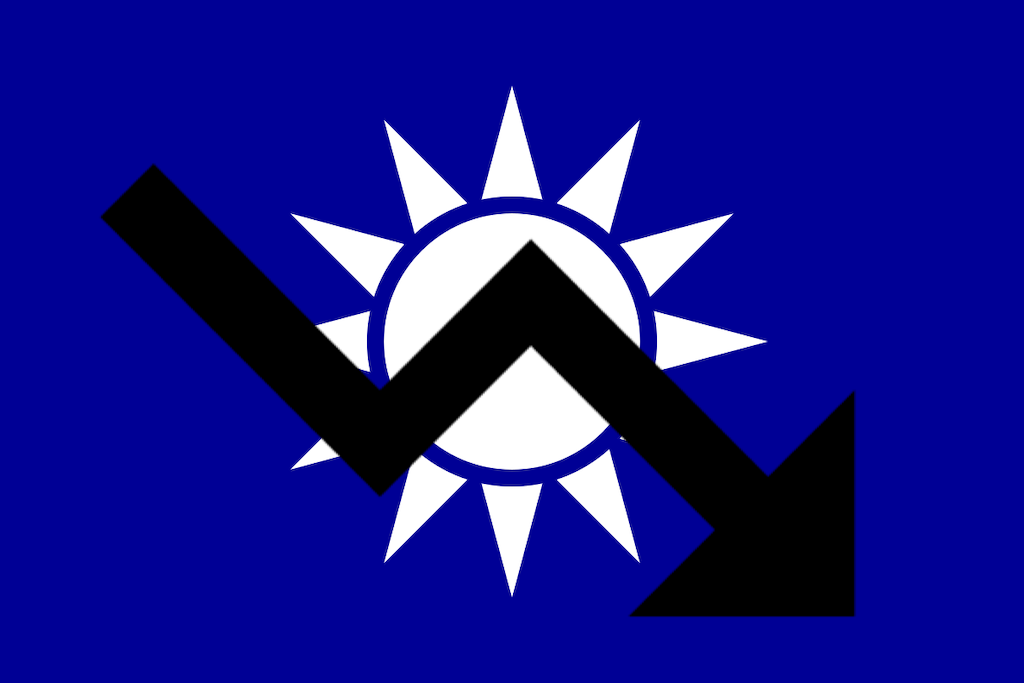 KAOHSIUNG (Taiwan News) – They say a week is a long time in politics. If that’s true then a couple of months must seem like eons, and for the Kuomintang (KMT), it probably does.

At the start of summer, things were looking rosy for the party that once ruled Taiwan with the iron fist of a military regime. Now it languishes in opposition after a humiliating and comprehensive defeat in the 2016 elections.

While the governing Democratic Progressive Party (DPP) appeared riven with in-fighting as it struggled to deal with the aftermath of its own electoral embarrassment in the nine-in-one elections in November, the KMT appeared to be on something of a roll. Riding high in the polls and with two popular candidates vying for their own presidential nomination, things were looking good.

But politics moves fast and while it might be over the top to suggest the KMT finds itself in the midst of a full-blown crisis, there is no doubt that panic is starting to set in for both the upper-echelons of the party and many of their dyed-in-the-wool supporters.

The problem is Han Kuo-yu (韓國瑜). Their candidate is the irascible and incompetent itinerant mayor of Kaohsiung.

There was a time when Han could do no wrong in the eyes of his believers. He took the DPP stronghold of Kaohsiung by a margin of more than 150,000 votes off the back of a string of lies, rhetoric, and undeliverable promises.

Having barely been in office for six months, he then secured the KMT presidential nomination in a similarly comprehensive fashion. He won 44 percent of the vote compared to his closest challenger, Terry Gou’s (郭台銘) 27 percent.

But the summer has not been kind to Han. His absence from Kaohsiung has been keenly felt by residents, many of whom feel betrayed by a mayor who promised them the Earth but once elected has barely set foot in the city. An unprecedented recall petition has attracted a significant number of signatories already.

What little time he has spent in Kaohsiung is on increasingly outlandish PR stunts rather than the nitty-gritty of his day job. Pictures of him climbing trees and driving go-karts have attracted widespread mockery while he has made several racist comments about migrant workers, and there is no sign of any of his electoral pledges being delivered.

Standing next to a pile of files did little to convince people that he is working hard. His wife’s claim that he signed off as many as 10 documents a day was laughable given that most mayors would tackle 10 times more.

He has also attracted criticism for his habits of drinking, smoking and partying. In addition, his unannounced meetings with Chinese Communist Party officials raised serious questions about his links to Taiwan’s greatest national security threat, as well as his political judgment.

This litany of negative press and political failure has inevitably seen his polling numbers suffer. Even KMT-friendly polls have support for Han stagnating, others have him shedding support rapidly.

There is already talk within the KMT hierarchy of replacing him as their candidate. This would be an extremely bold move but is something they have a history for, as recently as 2016.

Han’s margin of victory in the primary means that sacking him as a candidate would be a big slight to the 44 percent of KMT members who voted for him. But an even bigger problem is who to replace him with.

For a businessman of his standing, who stood down from his powerful role to run, it was an enormous humiliation and, it seems, one he is not willing to forgive and forget. Gou has already confirmed that he will not run for the KMT now, even if they ask nicely.

For the purposes of this article, we will gloss over the fact that he could run as an independent, or even for Taipei Mayor Ko Wen-je’s (柯文哲) Taiwan People Party and split the KMT vote. Instead, we will focus on the other big problem he leaves the KMT; namely, who they would turn to as a backup candidate.

The fact is the cupboard is looking pretty bare right now. Eric Chu (朱立倫) was the only other candidate to gain more than 10 percent of the vote in the primaries. But he is a dull career KMT politician who was the stand-in candidate in 2016 and ended up being annihilated by Tsai.

There is little to suggest that he would persuade swing voters to side with the KMT or pose any serious threat to Tsai this time round either. But the same is also true of other possible candidates such as Chou Hsi-wei (周錫瑋) or Wu Den-yih (吳敦義) too.

The inevitable conclusion is the KMT has backed itself into a corner and is now effectively stuck with Han Kuo-yu as its candidate.

Meanwhile, events outside the party’s control have also conspired against them.

The 2020 election was shaping up to be a de-facto cross-straits relations referendum, with Tsai as the independence-leaning status-quo advocate up against the openly pro-Beijing Han. But the crisis in Hong Kong, showing Taiwanese the reality of “one country, two systems,” has forced Han and the KMT to back away from their pro-unification rhetoric.

This leaves them floating in no-man’s land on the election’s key issue. Advocates of unification think they are bottling it while those who consume news from sources other than those controlled by Beijing now realize the very real risks of voting for a pro-China party.

It is another problem the KMT cannot find an answer to. They have no choice but to sit on their hands and squirm while Taiwanese voters watch the Hong Kong police and Beijing puppet government beat people, shoot at them, and allow gangsters to rampage through the streets unchecked.

On reflection, maybe this is a full-blown crisis for the KMT after all.

It could also mean the 2020 election is coming at the perfect time for Tsai, the DPP, and Taiwan, after all.