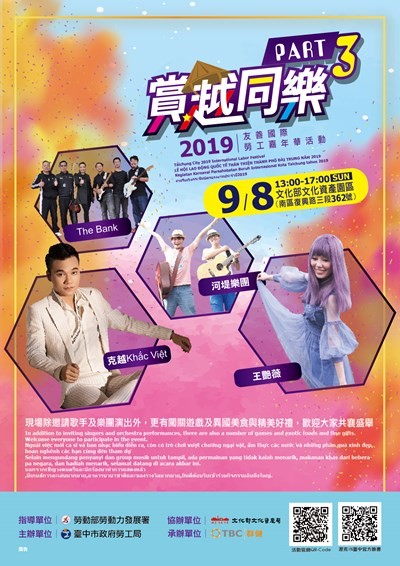 Wu Wei-chi (吳威志), director at the Labor Affairs Bureau, said the objective of the festival is to facilitate exchanges between migrant workers and Taiwanese citizens in Taichung in hopes of fostering a big and inclusive family. He added that the city government pays high regard for the work, life, and recreation of migrant workers in the city, as they continue to increase in number over the years.

The festival will be themed around Vietnamese culture and Taiwan’s Moon Festival tradition, according to the bureau. Vietnamese singer Khắc Việt, Thai band the Bank, Malaysian singer Evangeline Wong, and Taichung-based Band of River are among the lineup that will bring about a cheerful Sunday afternoon at the Cultural Heritage Park.

In addition to live performances, there will be a fair where visitors can enjoy both Taiwanese cuisine and traditional delicacies from various countries. Games and workshops will also be organized, and participants will have a chance to bring home special souvenirs. 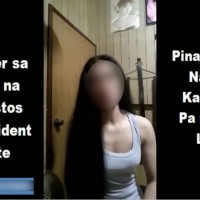