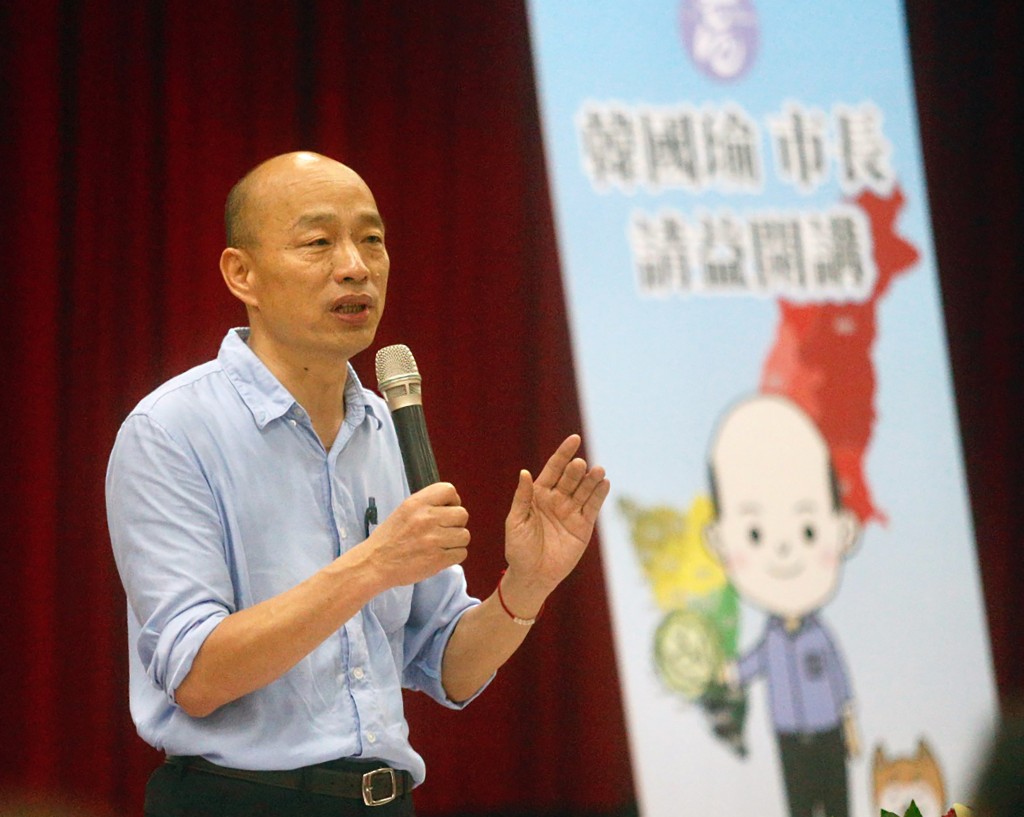 TAIPEI (Taiwan News) — Kuomintang (KMT) presidential nominee Han Kuo-yu (韓國瑜) said on Monday (Sept. 2) that he does not need support from pro-independence voters, urging them to vote for his opponent, President Tsai Ing-wen (蔡英文) of the Democratic Progressive Party (DPP).

“Those who support Taiwan independence and don't love the Republic of China, please vote for President Tsai Ing-wen,” said Han during a live-streaming session via Facebook on Monday morning. “I don’t want your votes.”

Han’s party is widely considered to be friendly toward China. The DPP, on the other hand, tends to be independence-leaning, which is why Beijing suspended official contact with Taiwan’s government after Tsai took office in May 2016.

In the live stream, the candidate and current Kaohsiung mayor was responding to widespread rumors that the KMT is planning to replace him with Foxconn founder Terry Gou (郭台銘), as his popularity has plummeted in recent months. Calls upon Gou to run for president have endured even though he was defeated by Han in the party’s primary by a wide margin in July.

The former tech tycoon has also met with Taipei Mayor Ko Wen-je (柯文哲), who established a new political party just last month, and former Legislative Yuan Speaker Wang Jin-pyng (王金平) in the past few weeks. Their meetings sparked speculation that the three might collaborate in some way to disrupt the key election, for which current polls favor the incumbent president.

During the live-streaming session, Han said he personally does not believe that Wu would consider replacing him with someone else, nor does he think it plausible that the party would have to report to the TAO about the issue. However, the mayor did not rule out thoroughly the possibility of such an arrangement from the party’s decision-making body.

“My stance is very clear. The 2020 election will determine the future of Taiwan. Protect the Republic of China. Preserve the people of Taiwan. Oppose Taiwan Independence. It’s crystal clear,” emphasized Han. He asked the electorate to give him a chance, as he would seek a peaceful relationship with China while pursuing economic development.