TAIPEI (Taiwan News) – Researchers at Beijing's Tsinghua University on Monday (Sept. 2) released a grim report predicting that China's sprawling Belt and Road Initiative (BRI), could raise the global average temperature by 2.7 degrees Celsius by the end of the century.

The BRI, also known as “One Belt One Road,” is expected to see US$12 trillion worth of investments in new infrastructure projects across 126 countries, ranging from railways and roads to power stations and dams. However, the report warns that greenhouse emissions released by development on such a massive scale could accelerate warming of the planet far beyond the 2 C limit set by the Paris Agreement in 2015.

The Tsinghua study is the first to analyze the carbon footprint of China's flagship international project. It was led by Dr. Ma Jun, director of Tsinghua University's Center for Finance and Development, and Dr. Simon Zadek of the UN Development Program.

China is the world's foremost polluter, responsible for some 30 percent of the global greenhouse gas emissions. The 126 BRI countries sans China comprise another 28 percent of total emissions, which the authors say could rise to 66 percent by 2050, even if the rest of the world adopts greener economies.

Staying the course on BRI infrastructure in the works, such as planned energy projects, more than 25 percent of which will rely on coal, will result in a long-term "carbon lock-in." This could increase fossil fuel emissions to double that required to keep the average global temperature from rising 2 C higher than pre-industrial levels, which experts say is critical to avoid the most hazardous effects of climate change such as extreme flooding and drought.

According to Ma, however, the BRI "offers a platform for strong action that could support green, low-carbon, and climate resilient development across 60% of the world's population and a quarter of global GDP."

To this end, Ma and his colleagues offered a five-point plan to greening the initiative: the establishment of an international platform to support intensive development, extending mandatory green prerequisites to Chinese investments, the promotion of "international green investment, transparency vis-a-vis carbon emissions, and forming a "climate coalition" of relevant international actors.

One Belt One Road Belt and Road Initiative Paris Agreement 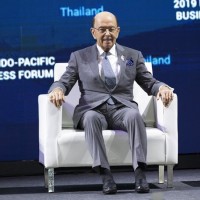 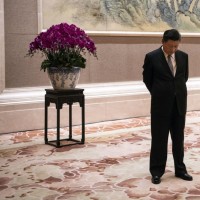