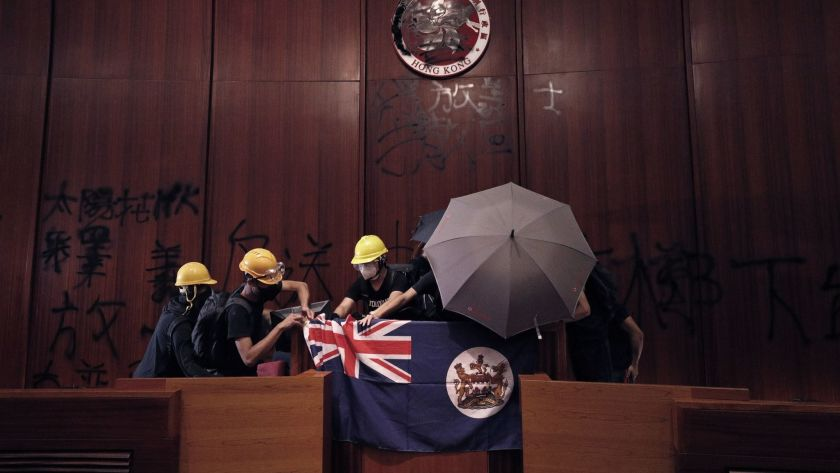 Protesters are calling on the U.K. government to grant them passports and the right to live and work in the U.K. Members of the crowd outside the embassy were decked out in Union Jack flags and waving British Nationals Overseas (BNO) passports, which the U.K began granting to Hong Kong citizens following the territory’s handover to Beijing in 1997.

Controversially, the BNO passport only grants passport holders the right of visa-free entry, not the right to live and work in the U.K. Now, Hong Kongers who fear their rights may be imperiled if Beijing takes direct action to solve the ongoing crisis are essentially asking the U.K for a restoration of their rights as U.K. citizens, which Hong Kong residents had prior to 1997.

Some protesters held signs with the message “BNO – Britain Says No," referring to the British National Overseas passports. The Financial Times reports that only about 170,000 of Hong Kong’s population of seven million currently hold the passports, but renewal applications have increased dramatically over the past few months.

The Guardian quotes protest leaders as saying that since the “one country, two systems” legal framework is not working and the agreement appears to have been breached by the communist government in Beijing, then it is incumbent upon the U.K. to take responsibility. For many protesters, that means granting full British citizenship to Hong Kongers with the BNO passports.