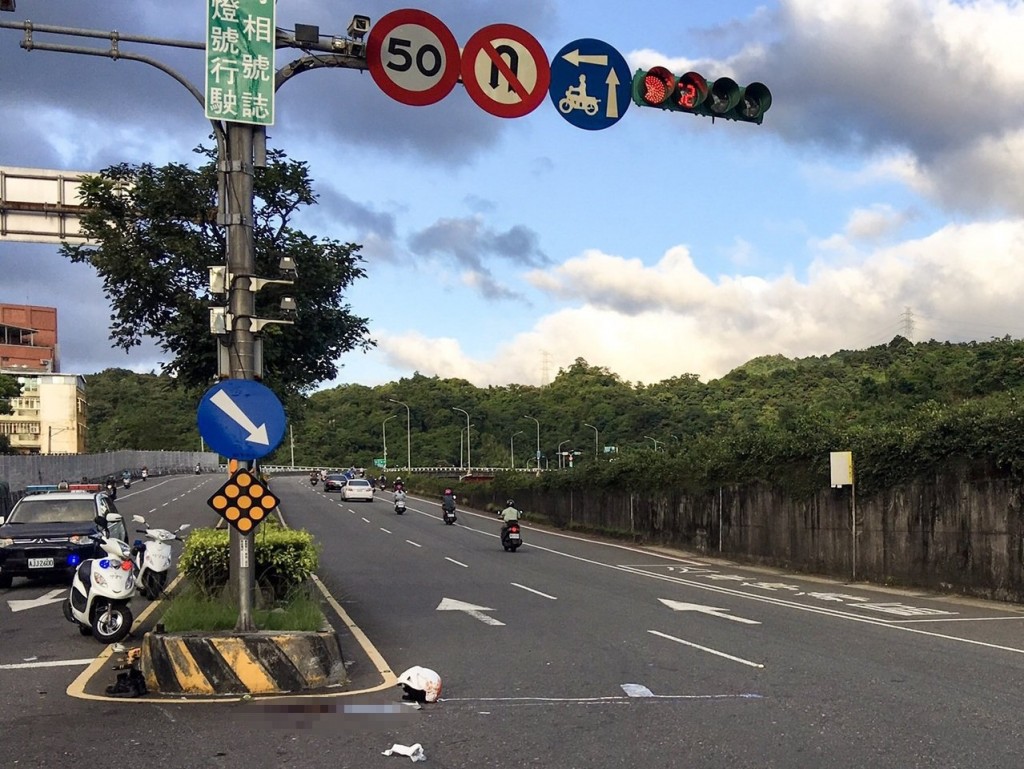 TAIPEI (Taiwan News) -- A 31-year-old New Taipei police officer perished on Wednesday (Aug. 28), after a suspect he was pursuing deliberately clipped his scooter at an intersection in Keelung.

While on patrol at 4 p.m. on Wednesday, New Taipei City Xizhi Precinct police officer Hsueh Ting-yueh (薛定岳) notice a 24-year-old man surnamed Wang (王) turn right at a red light at the intersection of Xintaiwu Road and Nanxing Road in New Taipei's Xizhi District, reported UDN. When Hsueh and another police officer surnamed Wu (吳) tried to pull over Wang, he sped away.

The officers suspected that Wang had been drunk driving or had another motive to elude capture. The two police officers then chased Wang on Xintaiwu Road all the way to Keelung. Halfway during the chase, Wu lost track of Wang. Meanwhile, Hsueh continued to pursue Wang all the way to the intersection of Mingde 2nd Road and Fusan Street in Keelung City.

Hsueh finally started to gain on Wang and when the two were side-by-side in the intersection, Wang allegedly deliberately swerved into Hsueh causing him to lose control of his scooter. Hsueh then flew off his bike and his head struck the intersection's concrete median, causing him to suffer fatal head trauma, reported CNA.

When paramedics arrived on the scene, Hsueh did not have any vital signs, and they initiated CPR immediately. Hsueh was then rushed to Cathay General Hospital, where he was declared dead, reported ETtoday. Without missing a beat, Wang continued to accelerate through the intersection and flee the scene of the crime. Police continued to trace his movements and arrested him later on Wednesday evening.

Although the breathalyzer test showed that his blood-alcohol level was zero, he allegedly consumed Ketamine with a friend earlier that day in Xizhi, reported UDN. Police have since taken a urine sample from the suspect for testing.

At midnight on Thursday, the prosecutor arrived at the Keelung Police Station to question Wang, who denied deliberately bumping into the police officer. After completing questioning, Wang was released on NT$50,000 (US$1,500) bail, but Wang was unable to raise the funds and was instead placed under house arrest, according to UDN.

Police and prosecutors are investigating Wang for Offenses Against Public Safety (公共危險罪) and Negligent Homicide (過失致死罪). 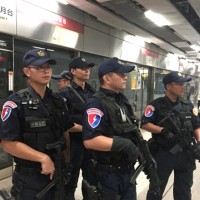 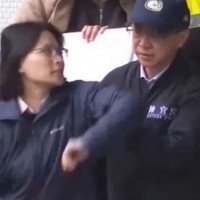