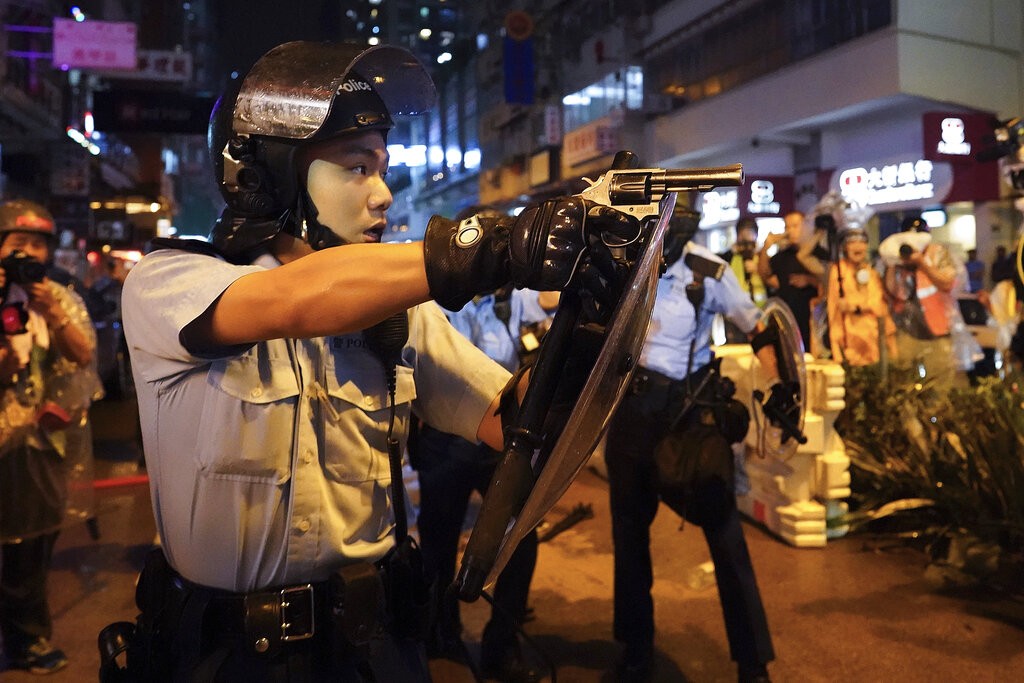 The ministry said in the notice that it may increase the alert level for Hong Kong. It also confirmed that a South Korean citizen was arrested by Hong Kong police near Mong Kok on Aug. 3.

In addition to tear gas rounds and rubber bullets, the Hong Kong police deployed water cannon trucks for the first time during the crackdowns on the Tsuen Wan, Kwai Fong, and Tsing Yi marches on Sunday. One police officer also fired a warning shot with live ammunition for the first time, after kicking a citizen who kneeled in front of him.