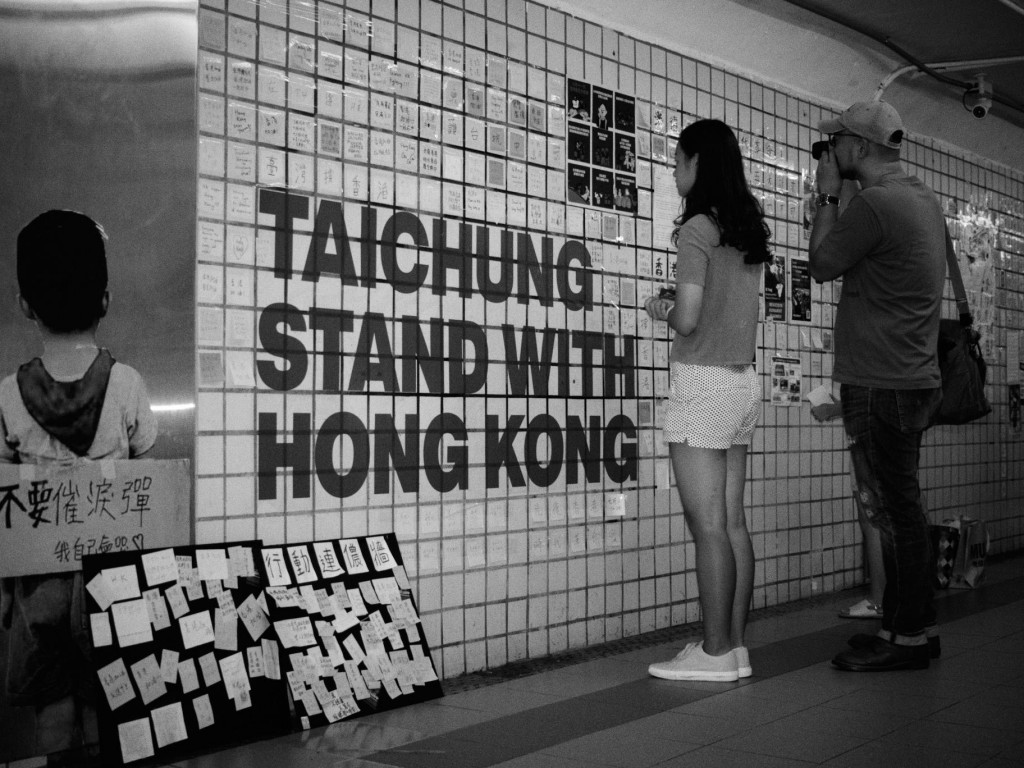 TAIPEI (Taiwan News) -- An Australian English teacher captured this black and white photo of a Lennon Wall created in Taichung, Taiwan to support the 2019 anti-extradition bill protests in Hong Kong, with it gaining many likes on social media.

The photo was captured by James Smith, 24, on Aug. 18 and posted that same day on the social media site Reddit, and has since gained 485 upvotes. In the photo, a large sign can be seen which reads "Taichung Stand with Hong Kong" and a woman can be seen looking at the numerous messages posted on the wall, while a man takes a snapshot, and a third person can also be seen observing the wall.

The first Lennon Wall appeared in Prague in 1980, ostensibly as a way to pay tribute to John Lennon after he was assassinated. However, over time, it became a way for the youth of Prague to protest against the repressive communist government.

During the Umbrella Movement in Hong Kong in 2014, a Lennon Wall surfaced outside the Hong Kong Central Government Offices. On the wall, people attached post-it notes expressing their wishes for democracy in Hong Kong.

Fast forward to the Hong Kong anti-extradition bill protests in 2019, many new Lennon Walls have appeared throughout the city. To express solidarity with Hong Kong, many Lennon Walls have started to appear in Taiwan, including in the Gongguan underpass in Taipei, Taoyuan, and in this case, Taichung.

Smith says the Lennon Wall in Taichung is located in an underground walkway that runs under Taiwan Boulevard and Jianxing Road near SOGO.