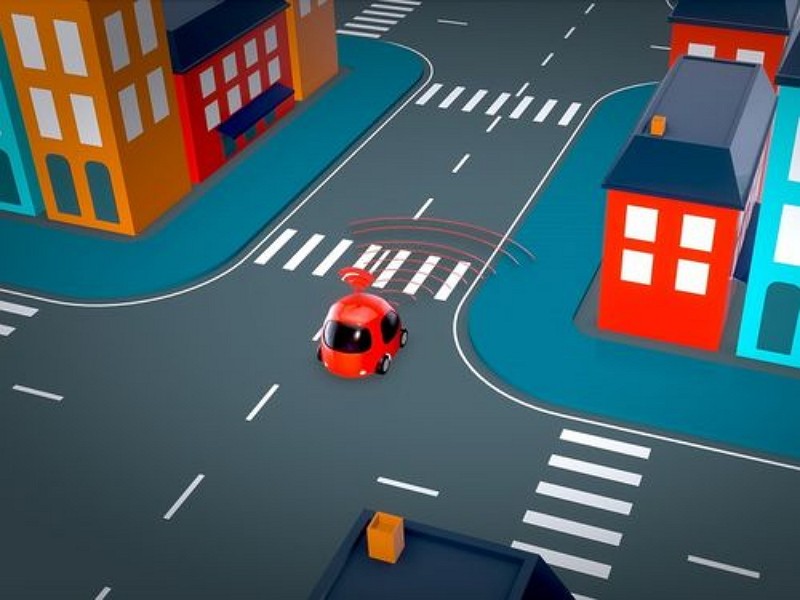 A driverless vehicle project developed by Taiwanese and Canadian experts is hoping to take the top prize when the winners of an autonomous vehicle challenge are announced in Dubai and bring recognition to the sector in Taiwan.

Li Kang (李綱), an associate professor in National Taiwan University's (NTU) Mechanical Engineering Department and one of the key developers, said the project is one of three finalists in the "startups" category at the Dubai World Challenge and Exhibition for Self-driving Transport next month.

The category is the second highest tier of the competition, one rung below the "leaders" class for well-established driverless car companies.

It requires that competing vehicles demonstrate basic navigation in controlled environments and integrate the advanced driver assistance system to perform "the entire dynamic driving task on a sustained basis."

"Our vehicle is the largest among the three finalists, and it is designed to also withstand the high temperatures in Dubai," Li said at a press conference, though the car will not actually ride there. The main event will be the awards ceremony.

The Taiwan-Canada team would win US$1 million for taking the top prize or US$500,000 for finishing second, according to the organizer, which said the competition is among Dubai's efforts to make 25 percent of all trips in the country smart and driverless by 2030.

The Taiwanese-Canadian project was named a finalist in November 2018 based on documents and videos submitted to the organizer.

Teams of inspectors then visited Taiwan in June and the locations of other projects for final evaluations, with their scores determining who will be named the winner at the Dubai ceremony.

Though the vehicle to be displayed in Dubai in conjunction with the awards ceremony will be a converted hybrid truck used by Formosa Plastics Transport Corp., the vehicle tested in June was an 8-meter by 2.5-meter by 3-meter electric-powered truck.

It was put to the test in different scenarios such as in hilly, foggy environments, and asked to detect traffic lights and different types of vehicles nearby and respond accordingly, Li said.

The technology used in the project has been in part supported by Canada-based i Auto Technology, which provides car control systems to deliver the algorithm developed by Taiwanese experts like Li.

"You can imagine our role as taxi drivers, who take orders from passengers and operate on their own to arrive at the destination," explained My Lin (林明彥), general manager of i Auto's Taiwan branch.

Other project participants include the Industrial Technology Research Institute (ITRI) under the Ministry of Economic Affairs, whose direct short range communications (DSRC) technology has been applied to the truck.

Li, Lin and Chen said they hoped that the project can expand the driverless car market in Taiwan, which could be based on demand from car companies and solutions from the academia.