TAIPEI (Taiwan News) -- A low-pressure system to the east of the Philippines is likely to transform into a tropical storm today, the periphery of which will likely bring wet weather to Taiwan from Thursday to Saturday.

The Central Weather Bureau (CWB) pointed out today that a low-pressure system to the east of the Philippines intensified to a tropical depression at 8 a.m. on Monday (Aug. 26). The CWB predicts that either today (Aug. 27) or Wednesday (Aug. 28), the tropical depression will develop into the 12th tropical storm of the year, Tropical Storm Podul.

Starting on Thursday (Aug. 29), the outer periphery of the cyclone could affect Taiwan and come closest to the country on Friday and Saturday (Aug. 30 and 31). Chia Hsin-hsing (賈新興), director of Weather Risk, said that when Podul reaches the South China Sea, it will likely send heavy moisture to Taiwan and lead to "several days of wet weather." The CWB said that moisture over Taiwan is less than on Monday, and the weather is more stable. High temperatures in western and northeastern Taiwan will range between 35 and 36 degrees Celsius, while Hualien and Taitung will see a high of 33 degrees.

However, once Podul takes form as a tropical storm today or Wednesday, its outer periphery is expected to begin to impact Taiwan starting on Thursday, when local brief showers or thunderstorms could develop in eastern Taiwan. Rains are likely to continue in eastern and southern Taiwan from Friday through Saturday, while the rest of the country will probably see afternoon thunderstorms.

Chia pointed out on his Facebook page that the vertical wind shear of the tropical depression is slightly larger. He predicts that it will intensify into a tropical storm sometime between this morning and afternoon. As for its path, multiple weather models show Podul ripping across the heart of Luzon Island before charging to the South China Sea. However, "when it falls into the South China Sea, it will bring a lot of moisture to Taiwan, and afternoon thunderstorms will become quite active and bring wet weather for several days." 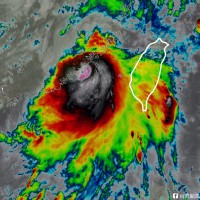 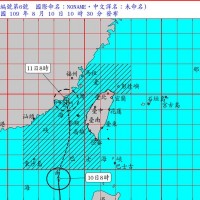 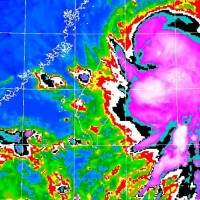