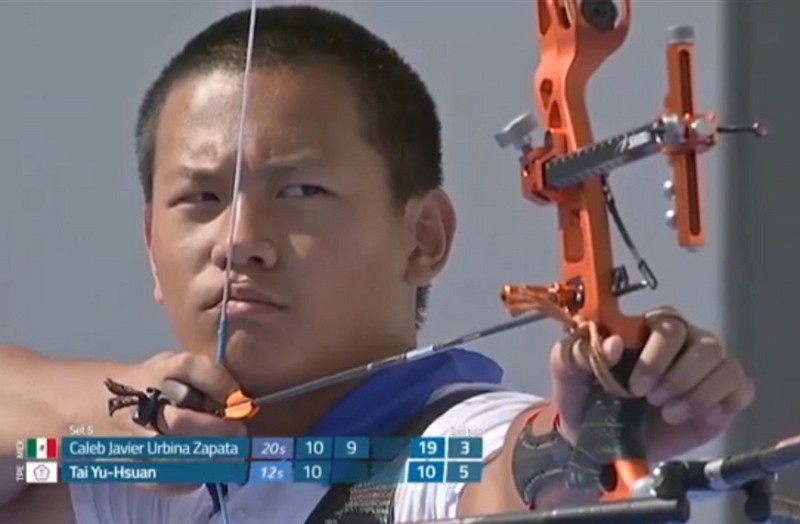 Taipei (CNA) Tai Yu-hsuan (戴宇軒) of Taiwan won the country's first gold medal at the World Archery Youth Championships on Sunday after he beat his Mexican opponent in the recurve cadet men's final on the last day of the tournament being held in Spain.

The 16-year-old archer was down 3-1 in the match after losing the first set 28-27 to Caleb Javier Urbina Zapata of Mexico and tying the second set at 26.

But Tai, a junior at Mingder High School in New Taipei, tied the match by winning the third set 28-26 and then finished with two near perfect sets that he won 29-28 and 29-28 to take gold.

In competitive archery, each archer takes three shots per set, with the winner of a set getting two points and one point being given for a tie. The first archer to six points wins.

The finish was Taiwan's first gold medal at the World Archery Youth Championships being held in Madrid.

Earlier Sunday, Tai and his two teammates, Su Yu-yang (蘇于洋) and Liu Tai-yen (劉泰言), won a silver medal in the recurve cadet men's team event after losing the final to a team of South Koreans.

The 2019 World Archery Youth Championships, held from Aug. 19 to Sunday, are the biggest since the event was launched in 2000, featuring nearly 600 athletes aged 21 and under, according to its website.