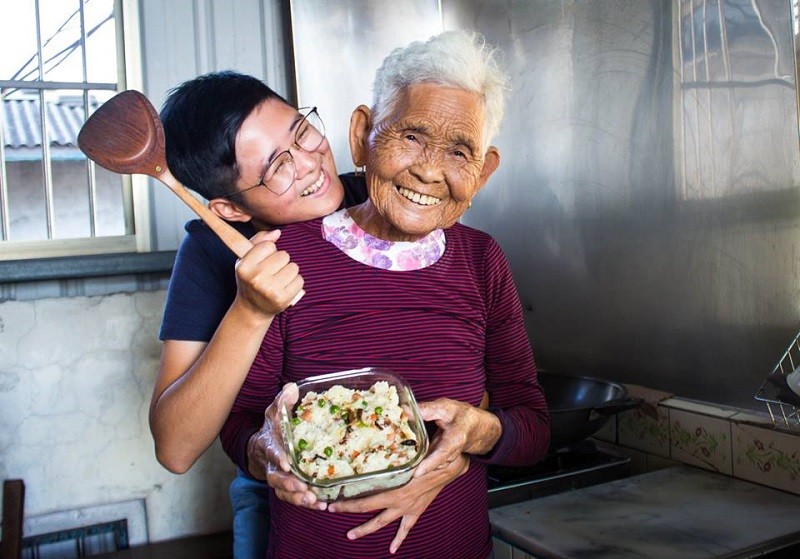 Liu Change Xiu (劉張秀) lived in Changhua County's Shetou Township. She married in her 20s and had five children and more than 10 grandchildren.

After her husband passed away, Mrs. Liu had to make daily trips to a local dialysis clinic. Thus, her granddaughter Liu Ying-wei (劉瑩惟) began filming her grandmother’s daily life and uploading the video footage to YouTube.

The octogenarian’s laughter and optimistic attitude toward life attracted hordes of viewers to the videos, making her an internet sensation with more than 200,000 followers.

Ying-wei announced Mrs. Liu's death in Facebook post on Saturday, saying she would not be able to spend the coming Mid Autumn Festival with her grandmother or keep her promise to take her on a tour around Taiwan. The thought of all the things it is too late to do with her grandmother are a source of pain, Ying-wei says, reported CNA.

Since Mrs. Liu's death was announced, netizens have been leaving comments thanking her for sharing her joy with the public. Even the Minister of Education, Pan Wen-chung (潘文忠) left a comment, saying that Happy Granny’s truthfulness and wisdom will have a place in our hearts forever.

Happy Granny’s funeral will take place at her home in Shetou. Her family has declined requests for interviews.