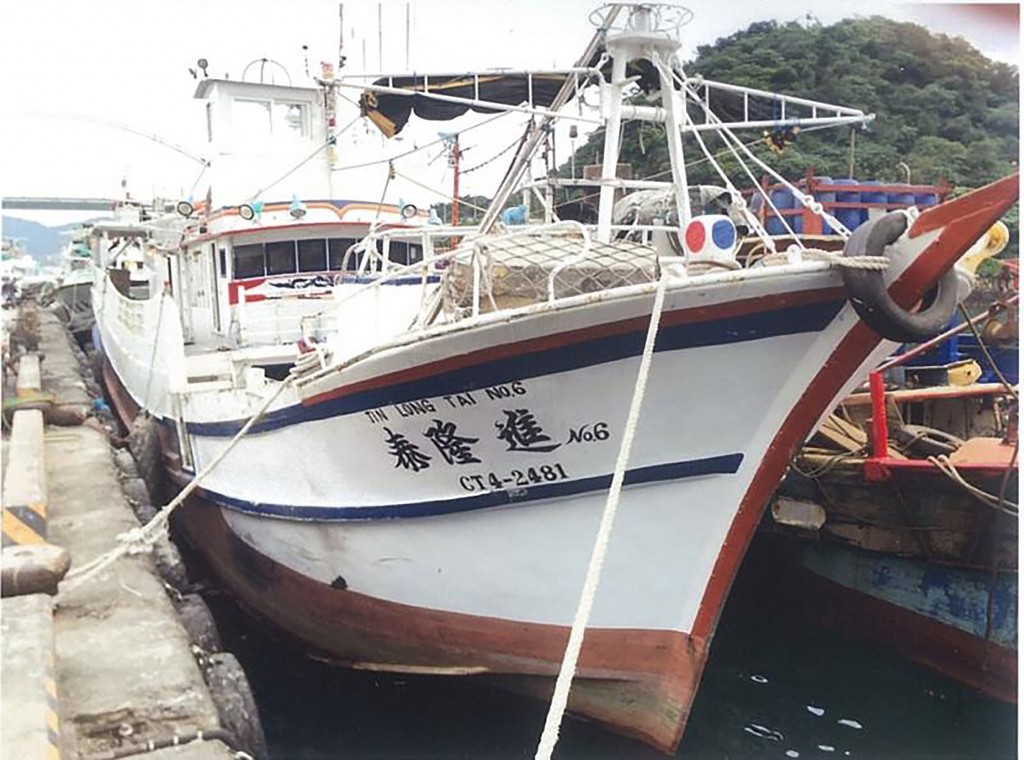 Taipei (CNA) - Wreckage of a vessel has been spotted six nautical miles from the site where a Taiwanese fishing boat went missing in Pacific Ocean waters over the weekend, the Fisheries Agency (FA) confirmed Friday (August 23).

The Su'ao-registered Jin Long Tai No. 6 left Nanfang'ao fishing harbor on July 6, and its last known position was around 2,600 nautical miles east-northeast of Taiwan, or approximately 700 nautical miles northwest of the Midway Atoll, on Aug. 18.

According to the vessel's owner in Taiwan, he was last in contact with the ship at around 4 p.m. that day, and had not heard from the captain since, despite trying to reach him via satellite phone.

Transmission of the boat's vessel monitoring system (VMS) data and its automatic identification system (AIS) were both lost around the same time, the Fisheries Agency said.

The Jin Long Tai was a 25.7-meter-long tuna longliner that weighed 86.73 metric tons. It was operated by a Taiwanese captain and a crew of eight, consisting of one Chinese and seven Indonesians, the owner said.

After the ship went missing, Taiwan requested the assistance of the United States and Japan to help locate it.

On Friday, the Fisheries Agency said U.S. agencies reported back that a Japanese container vessel spotted wreckage that appeared to belong to a fishing boat just six nautical miles from where the Jin Long Tai went missing.

The agency said it has asked several Taiwanese fishing vessels nearby to sail to the reported wreckage site to help confirm the identity of the missing boat.

They are expected to reach the area Saturday, it said. (By Yang Shu-min and Ko Lin)