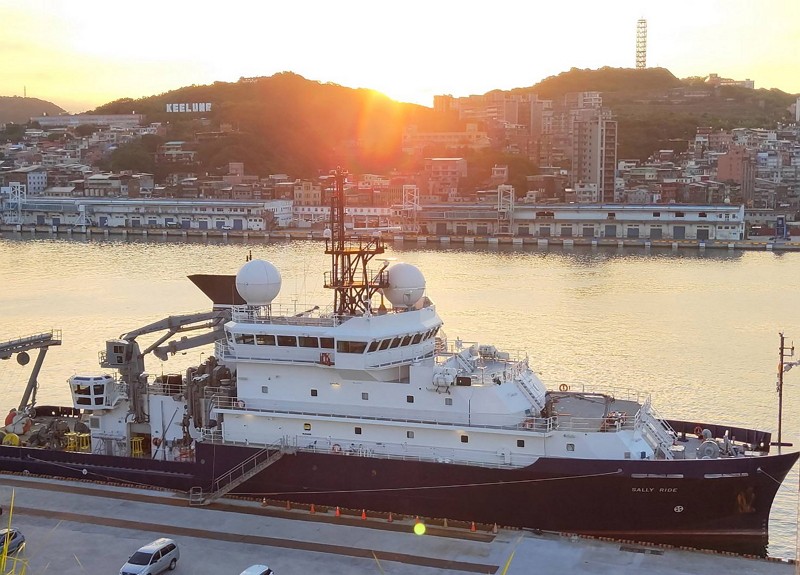 Taipei (CNA) A port call by U.S. naval research vessel Sally Ride to Taiwan is unrelated to the F-16V sale recently notified by the Trump administration to U.S. Congress, according to the American Institute in Taiwan (AIT).

The R/V Sally Ride, which arrived at Taiwan's Keelung Port Aug. 22, will stay until Sept. 2 to carry out exchanges with Taipei-based National Taiwan University (NTU) and replenish supplies, according to a press release from Taiwan's Maritime Port Bureau (MPB).

As the U.S. Defense Security Cooperation Agency (DSCA) notified Congress Tuesday of a possible sale of 66 F-16V fighter jets to Taiwan, some Taiwanese media had related the visit of the research vessel to the possible military deal, which the AIT denied.

"I can tell you that it's definitely not related to the F-16 sale," said AIT spokeswoman Amanda Mansour Friday.

Meanwhile, Taiwan's Ministry of National Defense (MND) made a similar statement to the MPB.

The R/V Sally Ride, which can accommodate 20 crew and 25 scientists, is owned by the U.S. Office of Naval Research and operated by Scripps Institution of Oceanography (SIO) under the University of California, San Diego.