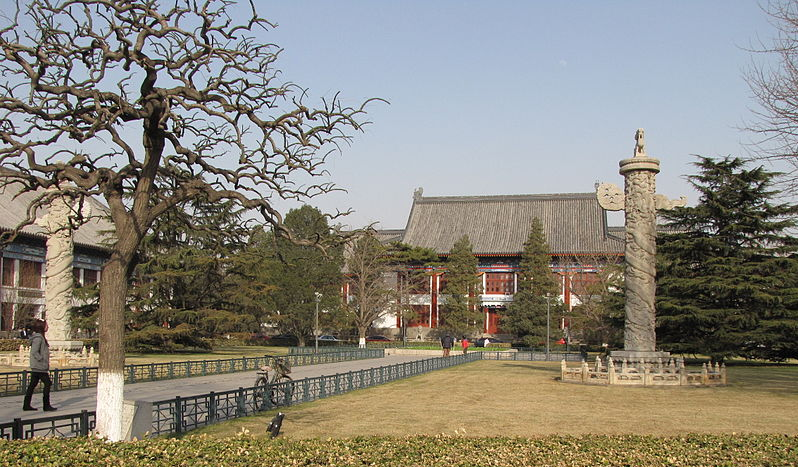 TAIPEI (Taiwan News) – Chinese netizens have targeted a young lady in the Philippines in an effort to persuade China’s Peking University to revoke her enrollment and scholarship over her alleged support of the pro-democracy demonstrations in Hong Kong.

The young woman is named Beatriz Ianne Laolao and is a resident of Davao City in the Philippines. Earlier this summer, Laolao shared her excitement online after she received notice that she had been accepted to the Peking University (PKU) School of Medicine with a full scholarship and accommodation for a six year program and one year of preliminary Chinese language study.

Laolao shared her notice of acceptance back in June. As protests in Hong Kong began to escalate over the summer, Chinese netizens have become increasingly sensitive towards individuals and businesses that they perceive as supporting the Hong Kong protests. On Aug. 14, Laolao shared a tweet from the chairman of Hong Kong’s Demosistō political party, Nathan Law (羅冠聰), who posted it two days earlier (Aug. 12).

The tweet was critical of police actions in the city, which contributed to what Law called the “most violent day” since the 2019 protests began. Laolao only retweeted the post, adding no personal comments of her own. It has been observed that Laolao’s online presence is decidedly non-political, with most of her posts focused on pop culture, music and movies.

However, her single retweet of Nathan Law, along with a Chinese netizen's discovery that she had been admitted to Peking University with a full scholarship, has put her in the unwanted spotlight of Weibo’s ultranationalist Chinese users, with many demanding that Peking University rescind the offer of admission and scholarship. Screenshot of the tweet from Nathan Law, shared by Laolao

After Peking University was contacted by anonymous individuals, presumably claiming the school had enrolled a student sympathetic with the pro-democracy movement in Hong Kong, PKU conducted their own review of Laolao’s tweets. The university made a post on Aug. 19 announcing their determination that she had not violated regulations and was still entitled to the offer of enrollment and scholarship.

The following day, the online Chinese news site Daily Economic News (每日經濟新聞) published an article on the subject. In the headline, the author complains that even though Laolao’s Chinese is not good enough to begin taking med classes immediately, the university still chose to give her a full scholarship.

On Aug. 21, a Weibo user Guiyan Muchan (孤煙暮蟬) shared screenshots of the Daily Economic News article and Laolao’s twitter account sharing Law’s tweet and her own announcing her acceptance in June. It was accompanied by the comment “A scholarship of 470,000RMB (US$66,000)….they’ve admitted someone who supports Nathan Law.” The Weibo post has been shared almost 3,900 times, and received over 45,000 likes.

CNA reports that Beatriz Ianne Laolao is only 18 years old. Many netizens in the Philippines and across the globe have been alarmed by such a large and sudden campaign by Chinese netizens who have decided to target a young woman and an aspiring medical professional for simply sharing a tweet regarding important current events in the region.